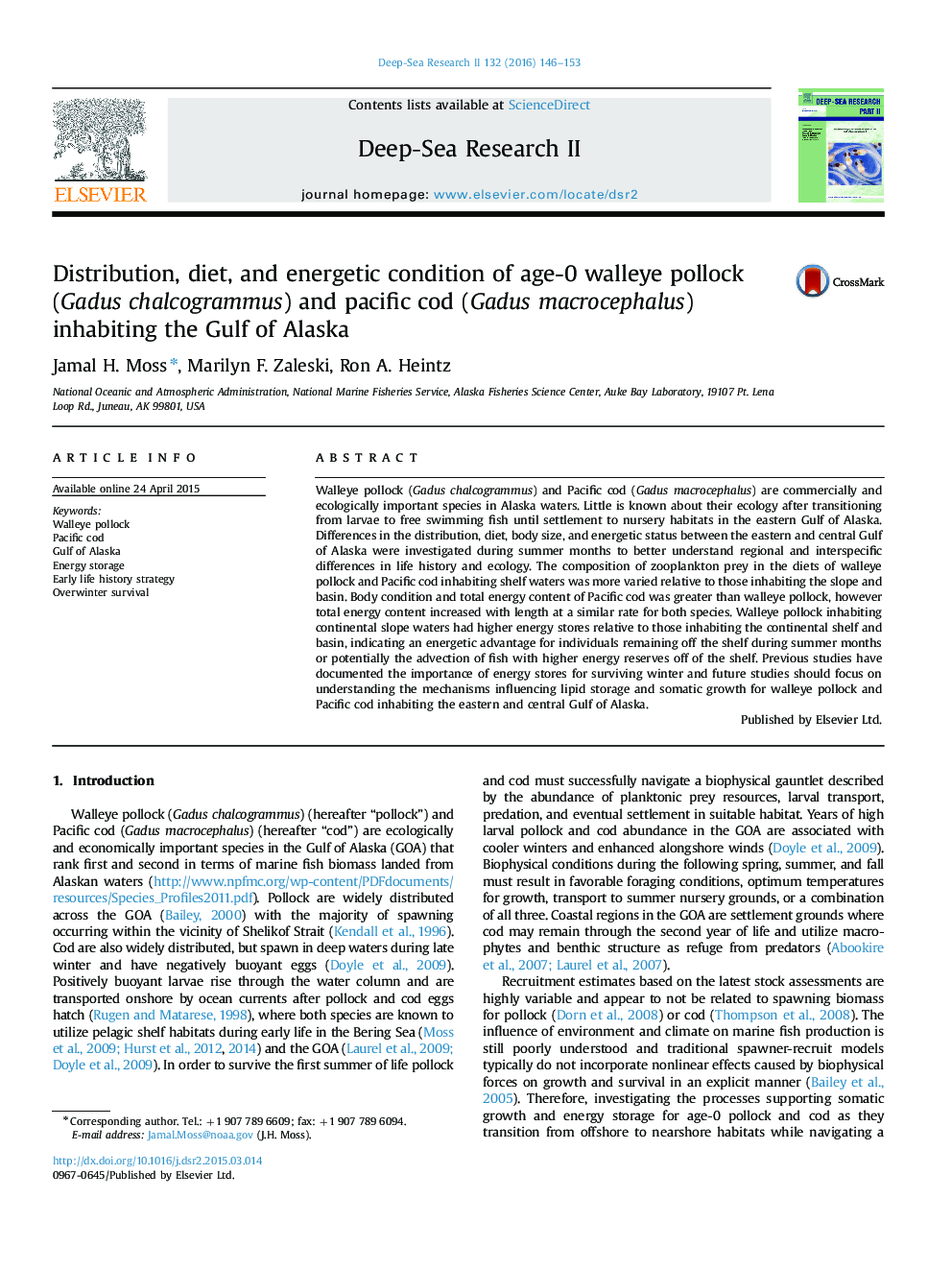 Walleye pollock (Gadus chalcogrammus) and Pacific cod (Gadus macrocephalus) are commercially and ecologically important species in Alaska waters. Little is known about their ecology after transitioning from larvae to free swimming fish until settlement to nursery habitats in the eastern Gulf of Alaska. Differences in the distribution, diet, body size, and energetic status between the eastern and central Gulf of Alaska were investigated during summer months to better understand regional and interspecific differences in life history and ecology. The composition of zooplankton prey in the diets of walleye pollock and Pacific cod inhabiting shelf waters was more varied relative to those inhabiting the slope and basin. Body condition and total energy content of Pacific cod was greater than walleye pollock, however total energy content increased with length at a similar rate for both species. Walleye pollock inhabiting continental slope waters had higher energy stores relative to those inhabiting the continental shelf and basin, indicating an energetic advantage for individuals remaining off the shelf during summer months or potentially the advection of fish with higher energy reserves off of the shelf. Previous studies have documented the importance of energy stores for surviving winter and future studies should focus on understanding the mechanisms influencing lipid storage and somatic growth for walleye pollock and Pacific cod inhabiting the eastern and central Gulf of Alaska.