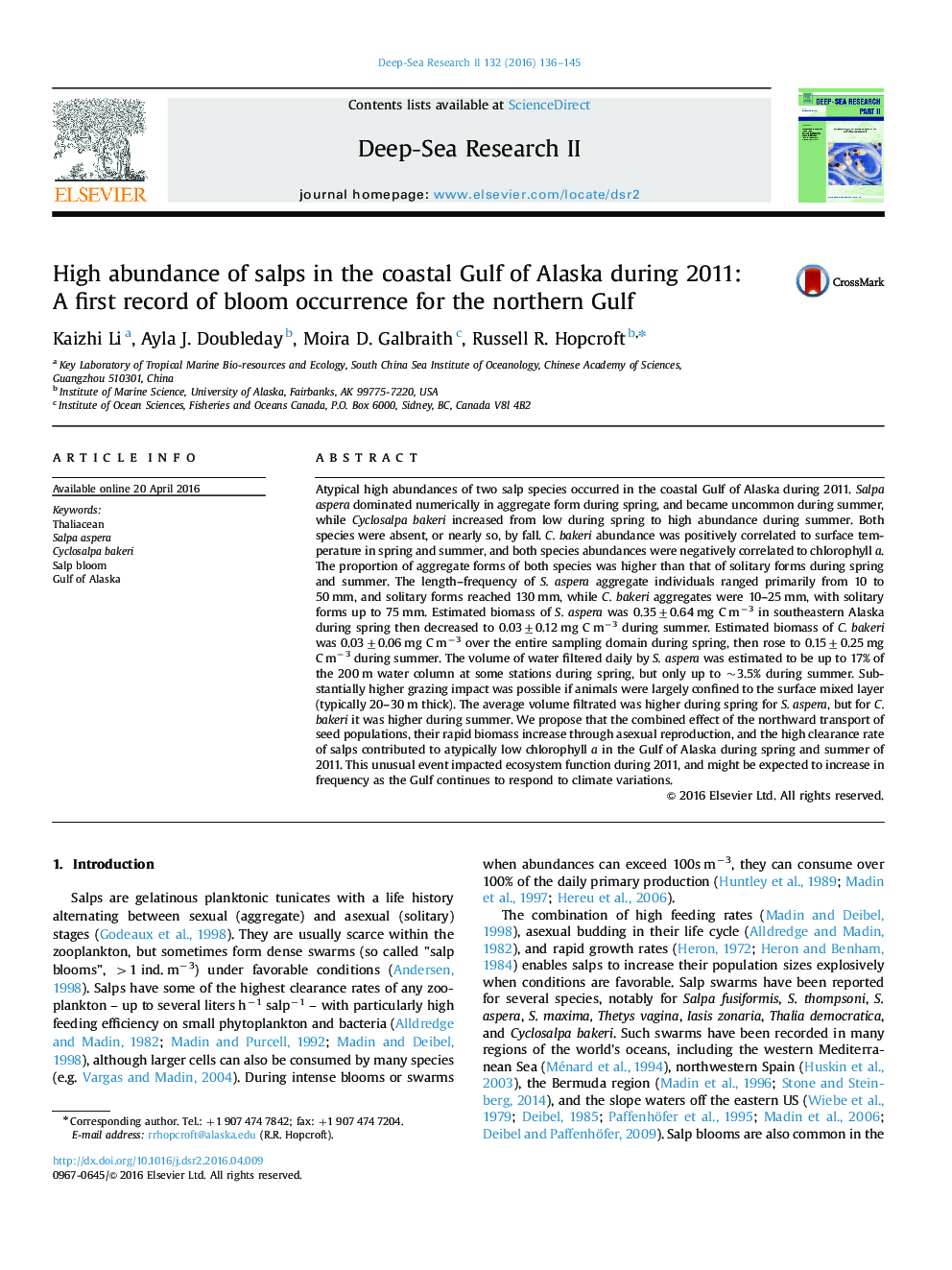 Atypical high abundances of two salp species occurred in the coastal Gulf of Alaska during 2011. Salpa aspera dominated numerically in aggregate form during spring, and became uncommon during summer, while Cyclosalpa bakeri increased from low during spring to high abundance during summer. Both species were absent, or nearly so, by fall. C. bakeri abundance was positively correlated to surface temperature in spring and summer, and both species abundances were negatively correlated to chlorophyll a. The proportion of aggregate forms of both species was higher than that of solitary forms during spring and summer. The length–frequency of S. aspera aggregate individuals ranged primarily from 10 to 50 mm, and solitary forms reached 130 mm, while C. bakeri aggregates were 10–25 mm, with solitary forms up to 75 mm. Estimated biomass of S. aspera was 0.35±0.64 mg C m−3 in southeastern Alaska during spring then decreased to 0.03±0.12 mg C m−3 during summer. Estimated biomass of C. bakeri was 0.03±0.06 mg C m−3 over the entire sampling domain during spring, then rose to 0.15±0.25 mg C m−3 during summer. The volume of water filtered daily by S. aspera was estimated to be up to 17% of the 200 m water column at some stations during spring, but only up to ~3.5% during summer. Substantially higher grazing impact was possible if animals were largely confined to the surface mixed layer (typically 20–30 m thick). The average volume filtrated was higher during spring for S. aspera, but for C. bakeri it was higher during summer. We propose that the combined effect of the northward transport of seed populations, their rapid biomass increase through asexual reproduction, and the high clearance rate of salps contributed to atypically low chlorophyll a in the Gulf of Alaska during spring and summer of 2011. This unusual event impacted ecosystem function during 2011, and might be expected to increase in frequency as the Gulf continues to respond to climate variations.