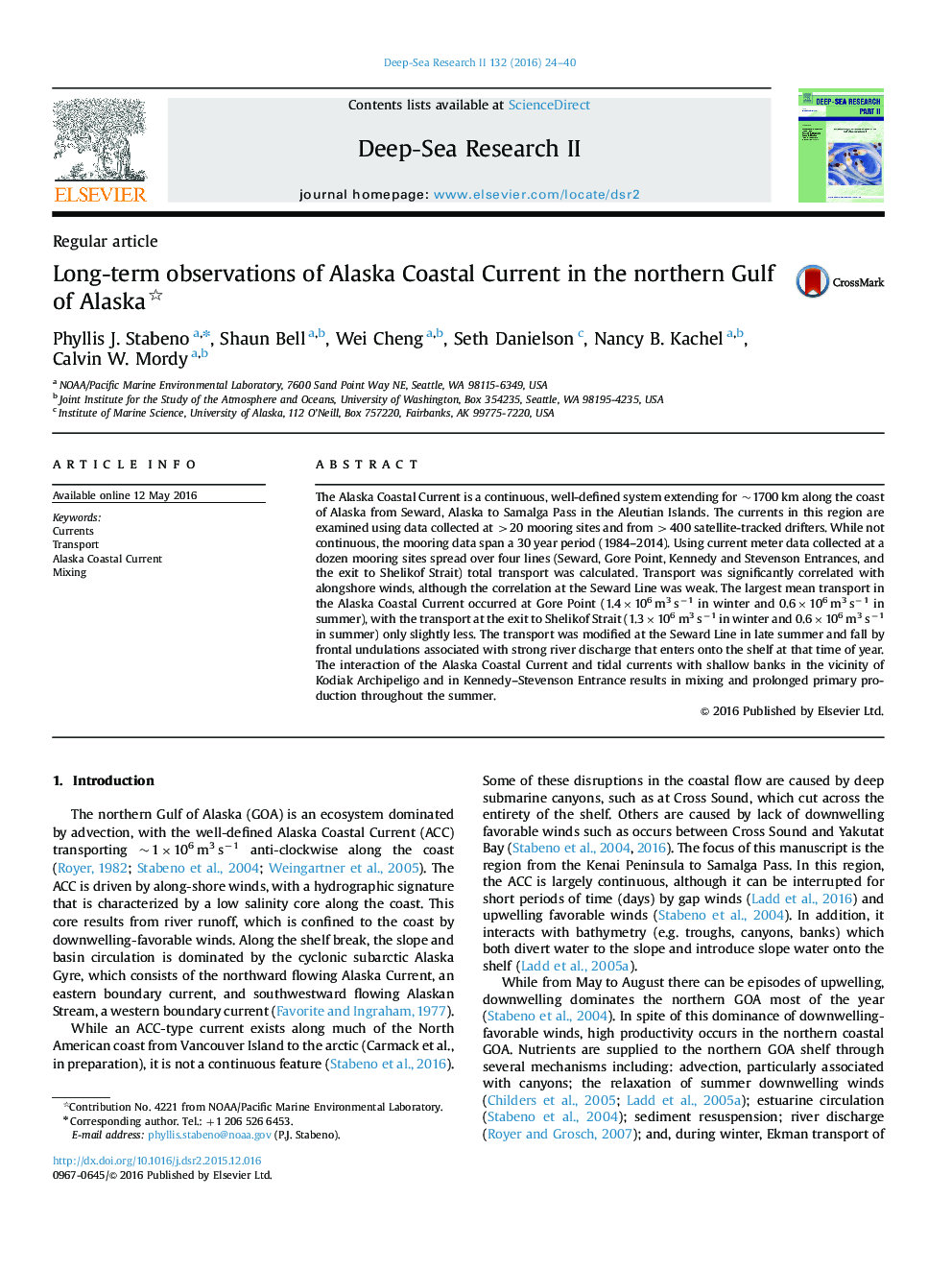 The Alaska Coastal Current is a continuous, well-defined system extending for ~1700 km along the coast of Alaska from Seward, Alaska to Samalga Pass in the Aleutian Islands. The currents in this region are examined using data collected at >20 mooring sites and from >400 satellite-tracked drifters. While not continuous, the mooring data span a 30 year period (1984–2014). Using current meter data collected at a dozen mooring sites spread over four lines (Seward, Gore Point, Kennedy and Stevenson Entrances, and the exit to Shelikof Strait) total transport was calculated. Transport was significantly correlated with alongshore winds, although the correlation at the Seward Line was weak. The largest mean transport in the Alaska Coastal Current occurred at Gore Point (1.4×106 m3 s−1 in winter and 0.6×106 m3 s−1 in summer), with the transport at the exit to Shelikof Strait (1.3×106 m3 s−1 in winter and 0.6×106 m3 s−1 in summer) only slightly less. The transport was modified at the Seward Line in late summer and fall by frontal undulations associated with strong river discharge that enters onto the shelf at that time of year. The interaction of the Alaska Coastal Current and tidal currents with shallow banks in the vicinity of Kodiak Archipeligo and in Kennedy–Stevenson Entrance results in mixing and prolonged primary production throughout the summer.