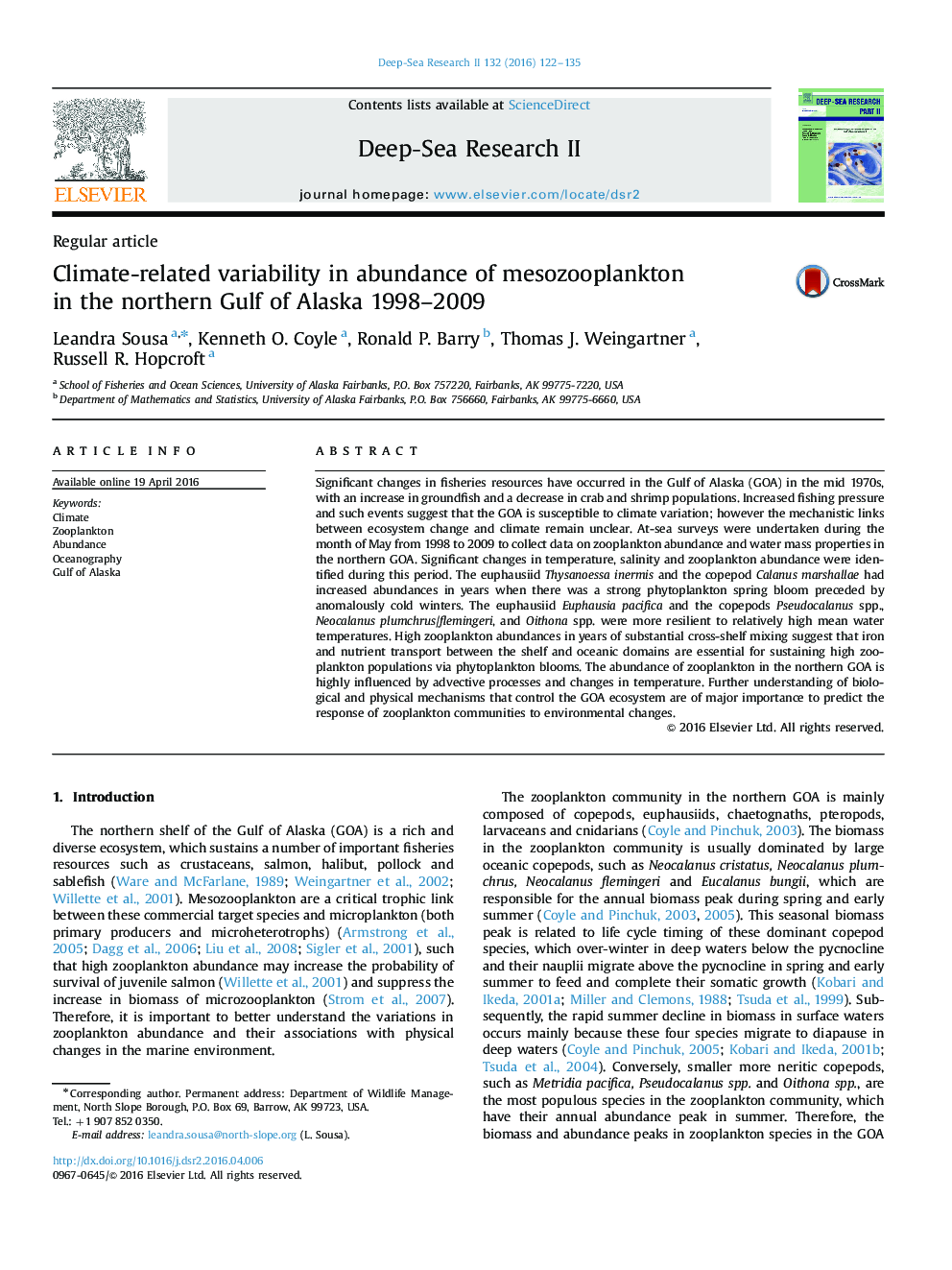 Significant changes in fisheries resources have occurred in the Gulf of Alaska (GOA) in the mid 1970s, with an increase in groundfish and a decrease in crab and shrimp populations. Increased fishing pressure and such events suggest that the GOA is susceptible to climate variation; however the mechanistic links between ecosystem change and climate remain unclear. At-sea surveys were undertaken during the month of May from 1998 to 2009 to collect data on zooplankton abundance and water mass properties in the northern GOA. Significant changes in temperature, salinity and zooplankton abundance were identified during this period. The euphausiid Thysanoessa inermis and the copepod Calanus marshallae had increased abundances in years when there was a strong phytoplankton spring bloom preceded by anomalously cold winters. The euphausiid Euphausia pacifica and the copepods Pseudocalanus spp., Neocalanus plumchrus/flemingeri, and Oithona spp. were more resilient to relatively high mean water temperatures. High zooplankton abundances in years of substantial cross-shelf mixing suggest that iron and nutrient transport between the shelf and oceanic domains are essential for sustaining high zooplankton populations via phytoplankton blooms. The abundance of zooplankton in the northern GOA is highly influenced by advective processes and changes in temperature. Further understanding of biological and physical mechanisms that control the GOA ecosystem are of major importance to predict the response of zooplankton communities to environmental changes.