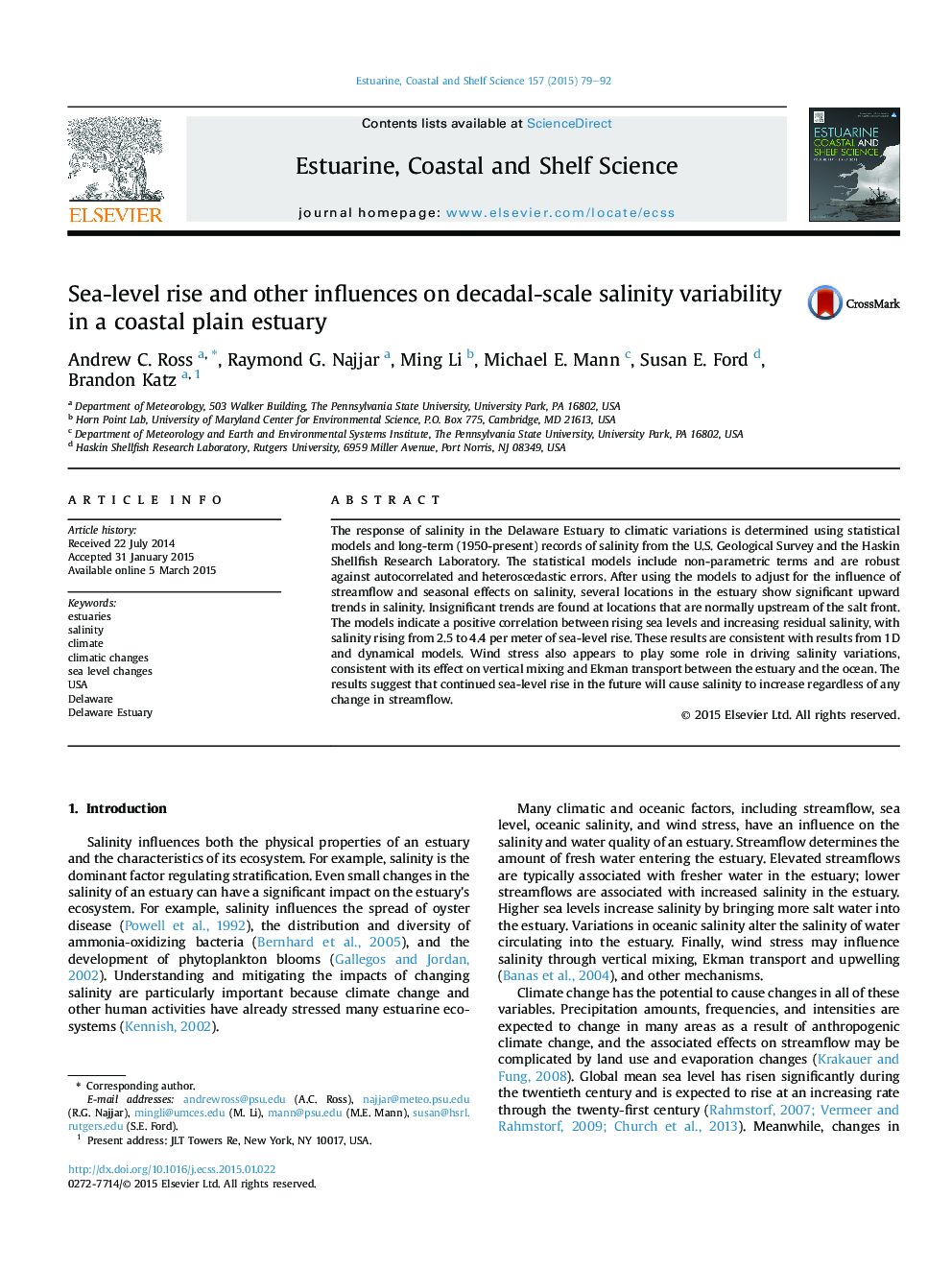 • We develop statistical models for salinity in the Delaware Estuary.
• After accounting for the influence of streamflow, salinity has increased in the estuary.
• Rising sea levels appear to be linked to increasing salinity.
• Wind stress and oceanic salinity have smaller or negligible effects.
• Continuing sea-level rise will increase salinity significantly.

The response of salinity in the Delaware Estuary to climatic variations is determined using statistical models and long-term (1950-present) records of salinity from the U.S. Geological Survey and the Haskin Shellfish Research Laboratory. The statistical models include non-parametric terms and are robust against autocorrelated and heteroscedastic errors. After using the models to adjust for the influence of streamflow and seasonal effects on salinity, several locations in the estuary show significant upward trends in salinity. Insignificant trends are found at locations that are normally upstream of the salt front. The models indicate a positive correlation between rising sea levels and increasing residual salinity, with salinity rising from 2.5 to 4.4 per meter of sea-level rise. These results are consistent with results from 1D and dynamical models. Wind stress also appears to play some role in driving salinity variations, consistent with its effect on vertical mixing and Ekman transport between the estuary and the ocean. The results suggest that continued sea-level rise in the future will cause salinity to increase regardless of any change in streamflow.