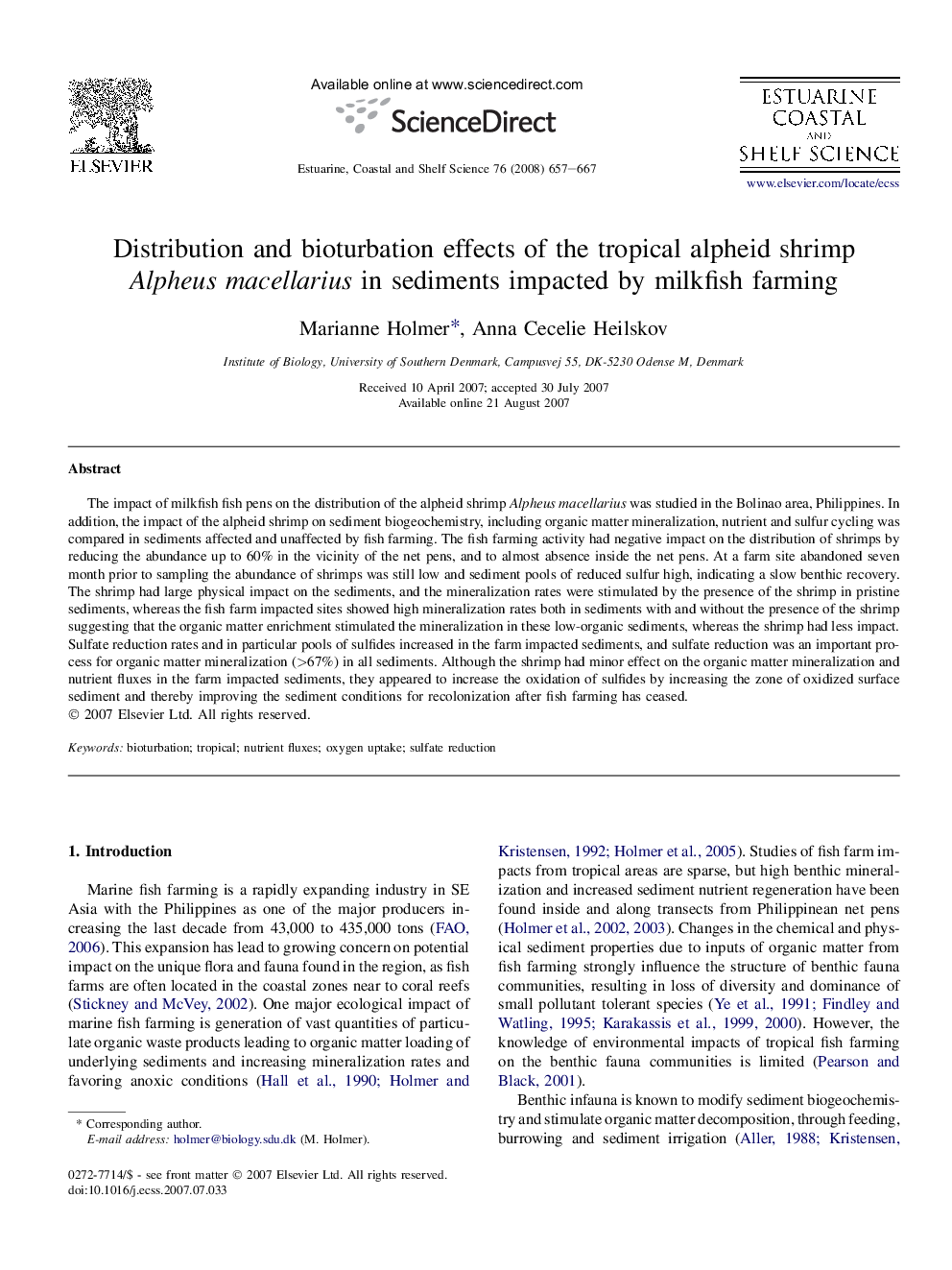 The impact of milkfish fish pens on the distribution of the alpheid shrimp Alpheus macellarius was studied in the Bolinao area, Philippines. In addition, the impact of the alpheid shrimp on sediment biogeochemistry, including organic matter mineralization, nutrient and sulfur cycling was compared in sediments affected and unaffected by fish farming. The fish farming activity had negative impact on the distribution of shrimps by reducing the abundance up to 60% in the vicinity of the net pens, and to almost absence inside the net pens. At a farm site abandoned seven month prior to sampling the abundance of shrimps was still low and sediment pools of reduced sulfur high, indicating a slow benthic recovery. The shrimp had large physical impact on the sediments, and the mineralization rates were stimulated by the presence of the shrimp in pristine sediments, whereas the fish farm impacted sites showed high mineralization rates both in sediments with and without the presence of the shrimp suggesting that the organic matter enrichment stimulated the mineralization in these low-organic sediments, whereas the shrimp had less impact. Sulfate reduction rates and in particular pools of sulfides increased in the farm impacted sediments, and sulfate reduction was an important process for organic matter mineralization (>67%) in all sediments. Although the shrimp had minor effect on the organic matter mineralization and nutrient fluxes in the farm impacted sediments, they appeared to increase the oxidation of sulfides by increasing the zone of oxidized surface sediment and thereby improving the sediment conditions for recolonization after fish farming has ceased.