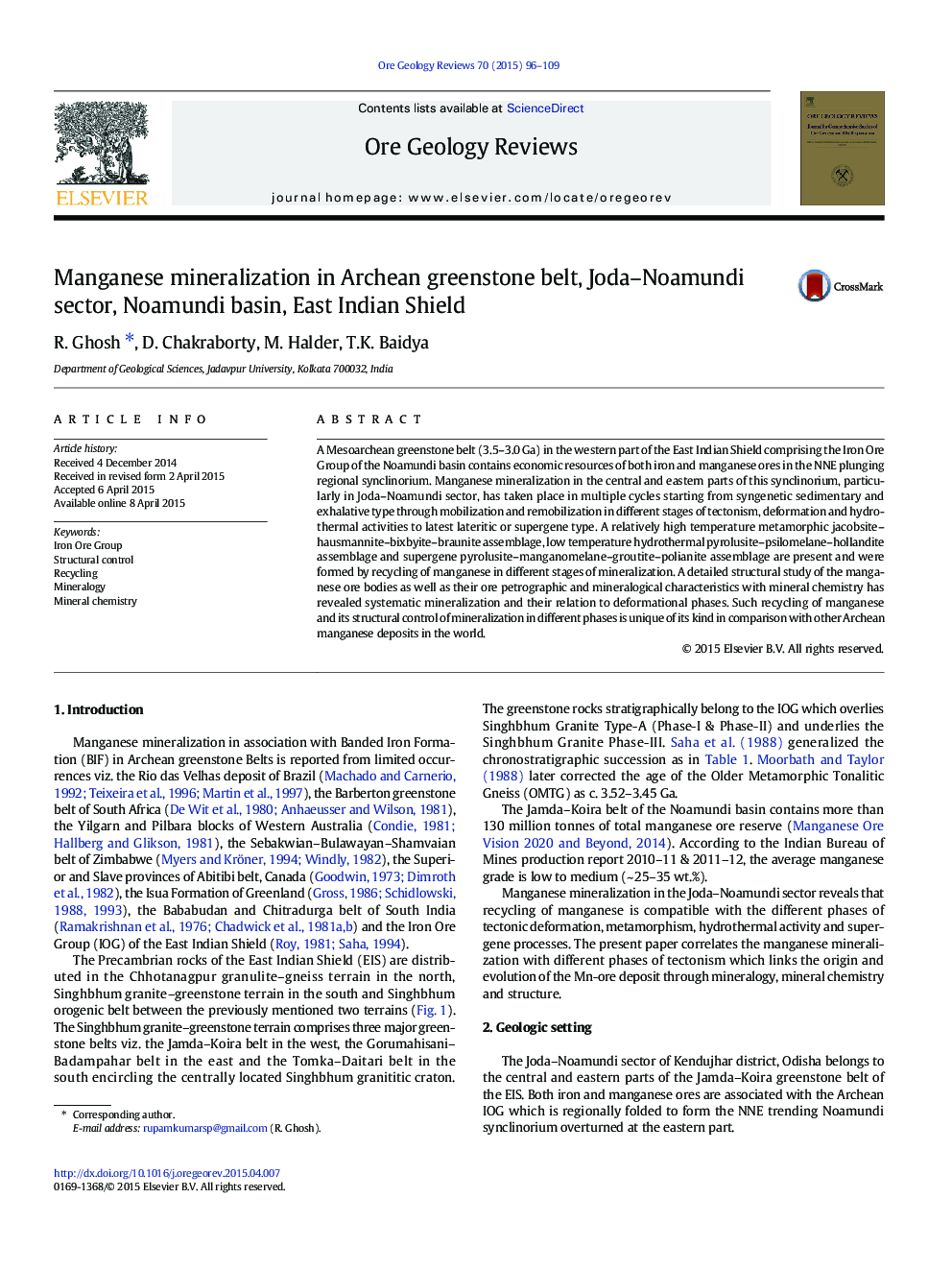 A Mesoarchean greenstone belt (3.5–3.0 Ga) in the western part of the East Indian Shield comprising the Iron Ore Group of the Noamundi basin contains economic resources of both iron and manganese ores in the NNE plunging regional synclinorium. Manganese mineralization in the central and eastern parts of this synclinorium, particularly in Joda–Noamundi sector, has taken place in multiple cycles starting from syngenetic sedimentary and exhalative type through mobilization and remobilization in different stages of tectonism, deformation and hydrothermal activities to latest lateritic or supergene type. A relatively high temperature metamorphic jacobsite–hausmannite–bixbyite–braunite assemblage, low temperature hydrothermal pyrolusite–psilomelane–hollandite assemblage and supergene pyrolusite–manganomelane–groutite–polianite assemblage are present and were formed by recycling of manganese in different stages of mineralization. A detailed structural study of the manganese ore bodies as well as their ore petrographic and mineralogical characteristics with mineral chemistry has revealed systematic mineralization and their relation to deformational phases. Such recycling of manganese and its structural control of mineralization in different phases is unique of its kind in comparison with other Archean manganese deposits in the world.