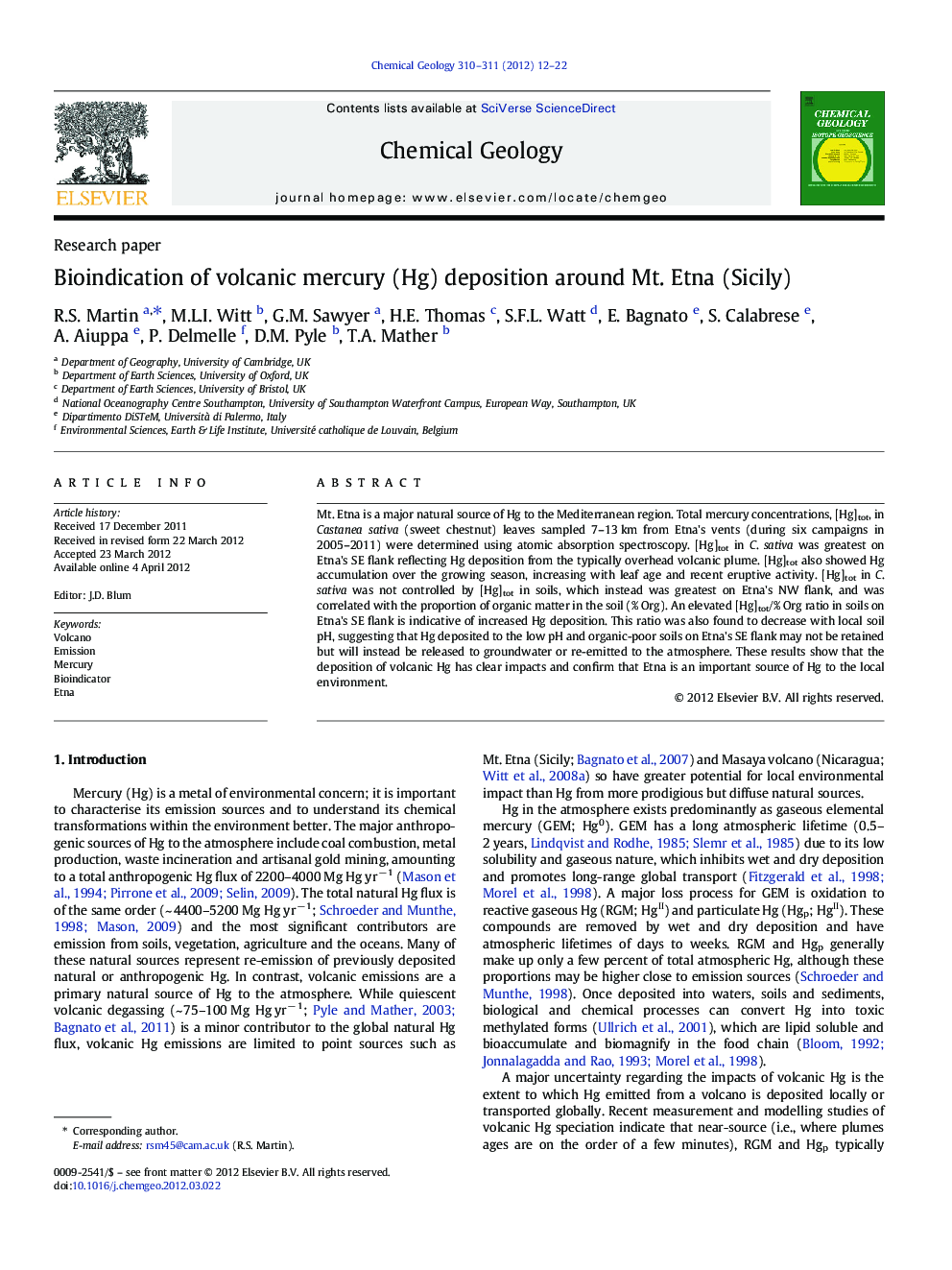 Mt. Etna is a major natural source of Hg to the Mediterranean region. Total mercury concentrations, [Hg]tot, in Castanea sativa (sweet chestnut) leaves sampled 7–13 km from Etna's vents (during six campaigns in 2005–2011) were determined using atomic absorption spectroscopy. [Hg]tot in C. sativa was greatest on Etna's SE flank reflecting Hg deposition from the typically overhead volcanic plume. [Hg]tot also showed Hg accumulation over the growing season, increasing with leaf age and recent eruptive activity. [Hg]tot in C. sativa was not controlled by [Hg]tot in soils, which instead was greatest on Etna's NW flank, and was correlated with the proportion of organic matter in the soil (% Org). An elevated [Hg]tot/% Org ratio in soils on Etna's SE flank is indicative of increased Hg deposition. This ratio was also found to decrease with local soil pH, suggesting that Hg deposited to the low pH and organic-poor soils on Etna's SE flank may not be retained but will instead be released to groundwater or re-emitted to the atmosphere. These results show that the deposition of volcanic Hg has clear impacts and confirm that Etna is an important source of Hg to the local environment.