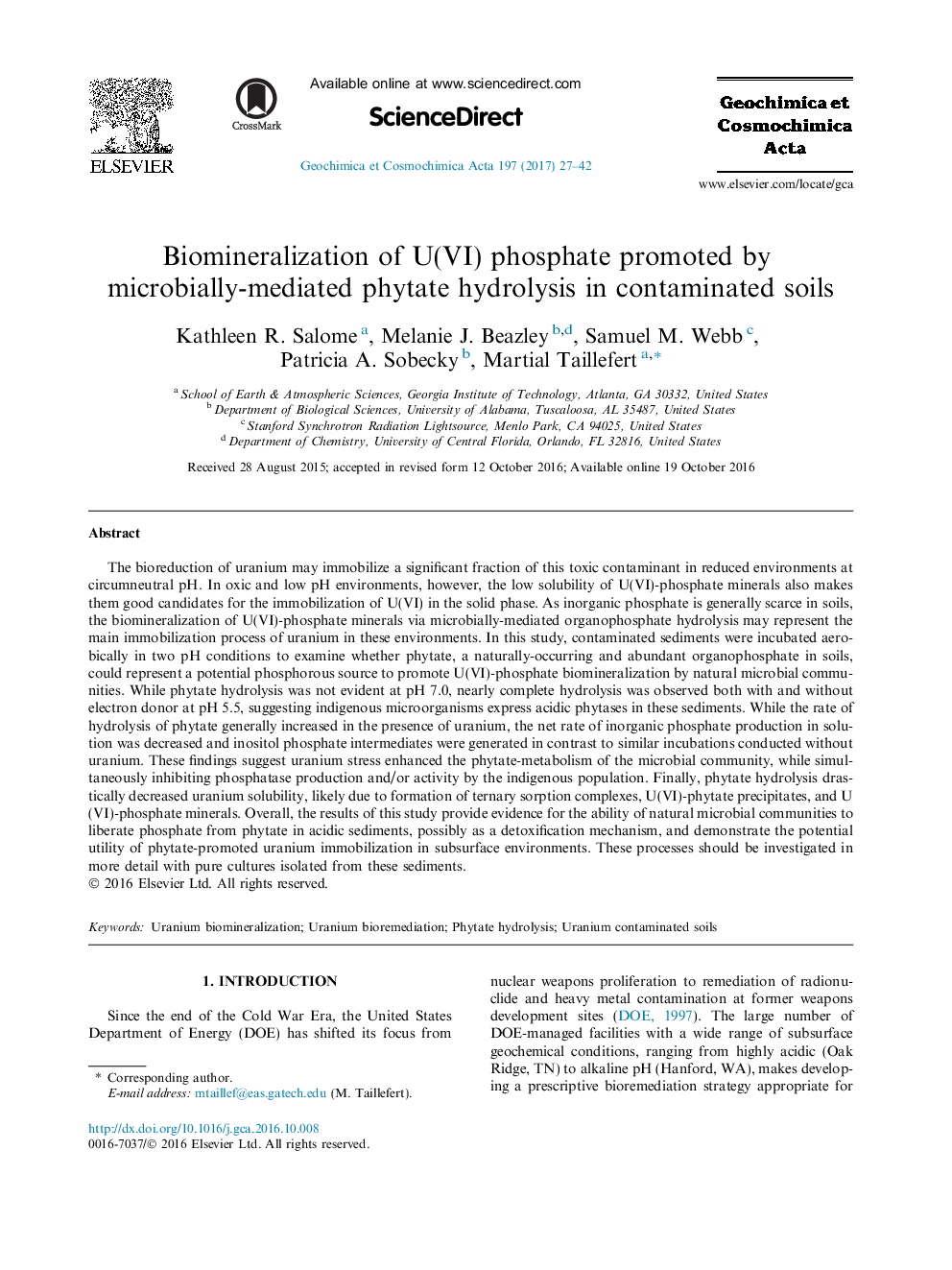 The bioreduction of uranium may immobilize a significant fraction of this toxic contaminant in reduced environments at circumneutral pH. In oxic and low pH environments, however, the low solubility of U(VI)-phosphate minerals also makes them good candidates for the immobilization of U(VI) in the solid phase. As inorganic phosphate is generally scarce in soils, the biomineralization of U(VI)-phosphate minerals via microbially-mediated organophosphate hydrolysis may represent the main immobilization process of uranium in these environments. In this study, contaminated sediments were incubated aerobically in two pH conditions to examine whether phytate, a naturally-occurring and abundant organophosphate in soils, could represent a potential phosphorous source to promote U(VI)-phosphate biomineralization by natural microbial communities. While phytate hydrolysis was not evident at pH 7.0, nearly complete hydrolysis was observed both with and without electron donor at pH 5.5, suggesting indigenous microorganisms express acidic phytases in these sediments. While the rate of hydrolysis of phytate generally increased in the presence of uranium, the net rate of inorganic phosphate production in solution was decreased and inositol phosphate intermediates were generated in contrast to similar incubations conducted without uranium. These findings suggest uranium stress enhanced the phytate-metabolism of the microbial community, while simultaneously inhibiting phosphatase production and/or activity by the indigenous population. Finally, phytate hydrolysis drastically decreased uranium solubility, likely due to formation of ternary sorption complexes, U(VI)-phytate precipitates, and U(VI)-phosphate minerals. Overall, the results of this study provide evidence for the ability of natural microbial communities to liberate phosphate from phytate in acidic sediments, possibly as a detoxification mechanism, and demonstrate the potential utility of phytate-promoted uranium immobilization in subsurface environments. These processes should be investigated in more detail with pure cultures isolated from these sediments.