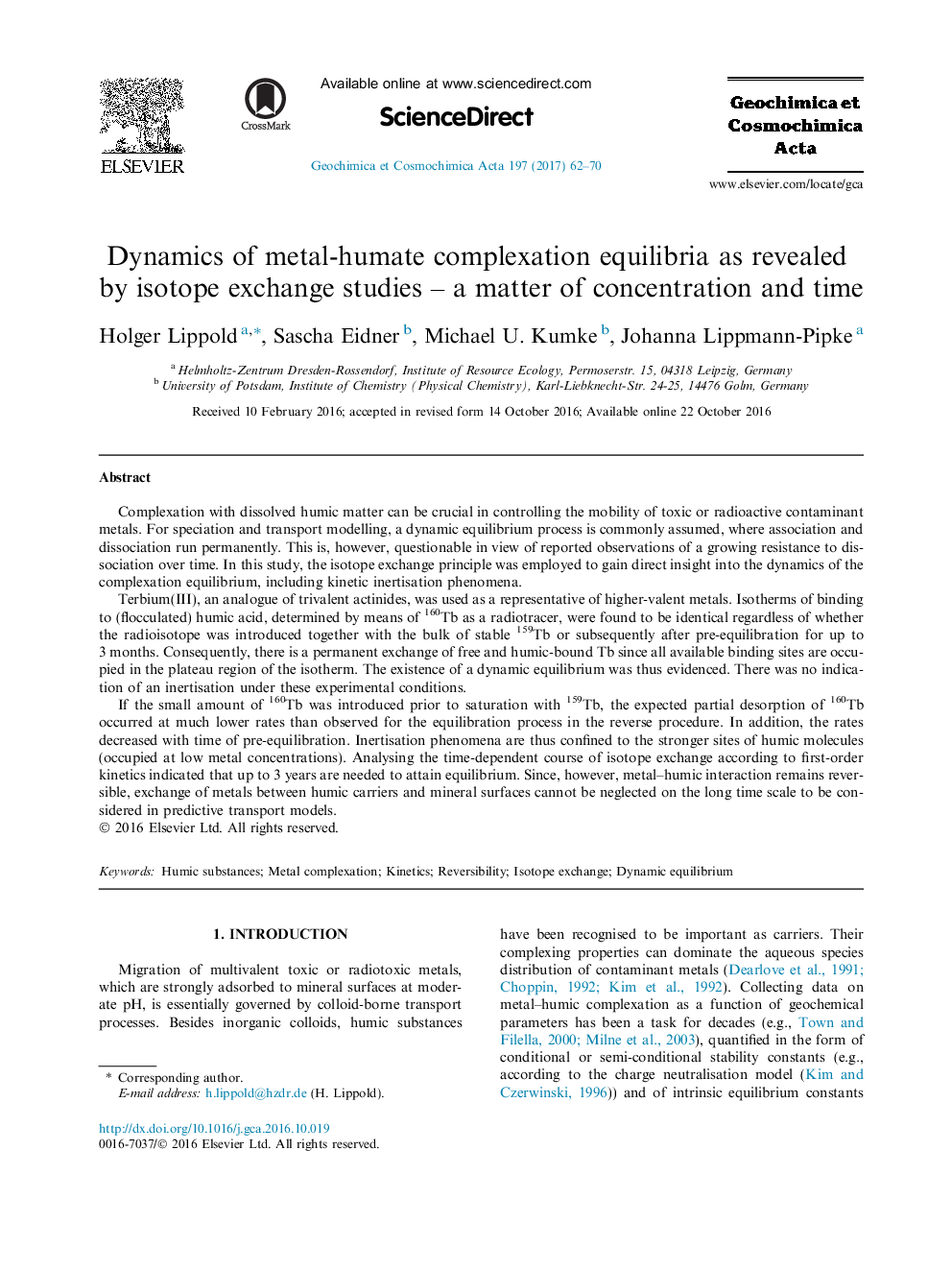 Complexation with dissolved humic matter can be crucial in controlling the mobility of toxic or radioactive contaminant metals. For speciation and transport modelling, a dynamic equilibrium process is commonly assumed, where association and dissociation run permanently. This is, however, questionable in view of reported observations of a growing resistance to dissociation over time. In this study, the isotope exchange principle was employed to gain direct insight into the dynamics of the complexation equilibrium, including kinetic inertisation phenomena.Terbium(III), an analogue of trivalent actinides, was used as a representative of higher-valent metals. Isotherms of binding to (flocculated) humic acid, determined by means of 160Tb as a radiotracer, were found to be identical regardless of whether the radioisotope was introduced together with the bulk of stable 159Tb or subsequently after pre-equilibration for up to 3 months. Consequently, there is a permanent exchange of free and humic-bound Tb since all available binding sites are occupied in the plateau region of the isotherm. The existence of a dynamic equilibrium was thus evidenced. There was no indication of an inertisation under these experimental conditions.If the small amount of 160Tb was introduced prior to saturation with 159Tb, the expected partial desorption of 160Tb occurred at much lower rates than observed for the equilibration process in the reverse procedure. In addition, the rates decreased with time of pre-equilibration. Inertisation phenomena are thus confined to the stronger sites of humic molecules (occupied at low metal concentrations). Analysing the time-dependent course of isotope exchange according to first-order kinetics indicated that up to 3 years are needed to attain equilibrium. Since, however, metal–humic interaction remains reversible, exchange of metals between humic carriers and mineral surfaces cannot be neglected on the long time scale to be considered in predictive transport models.