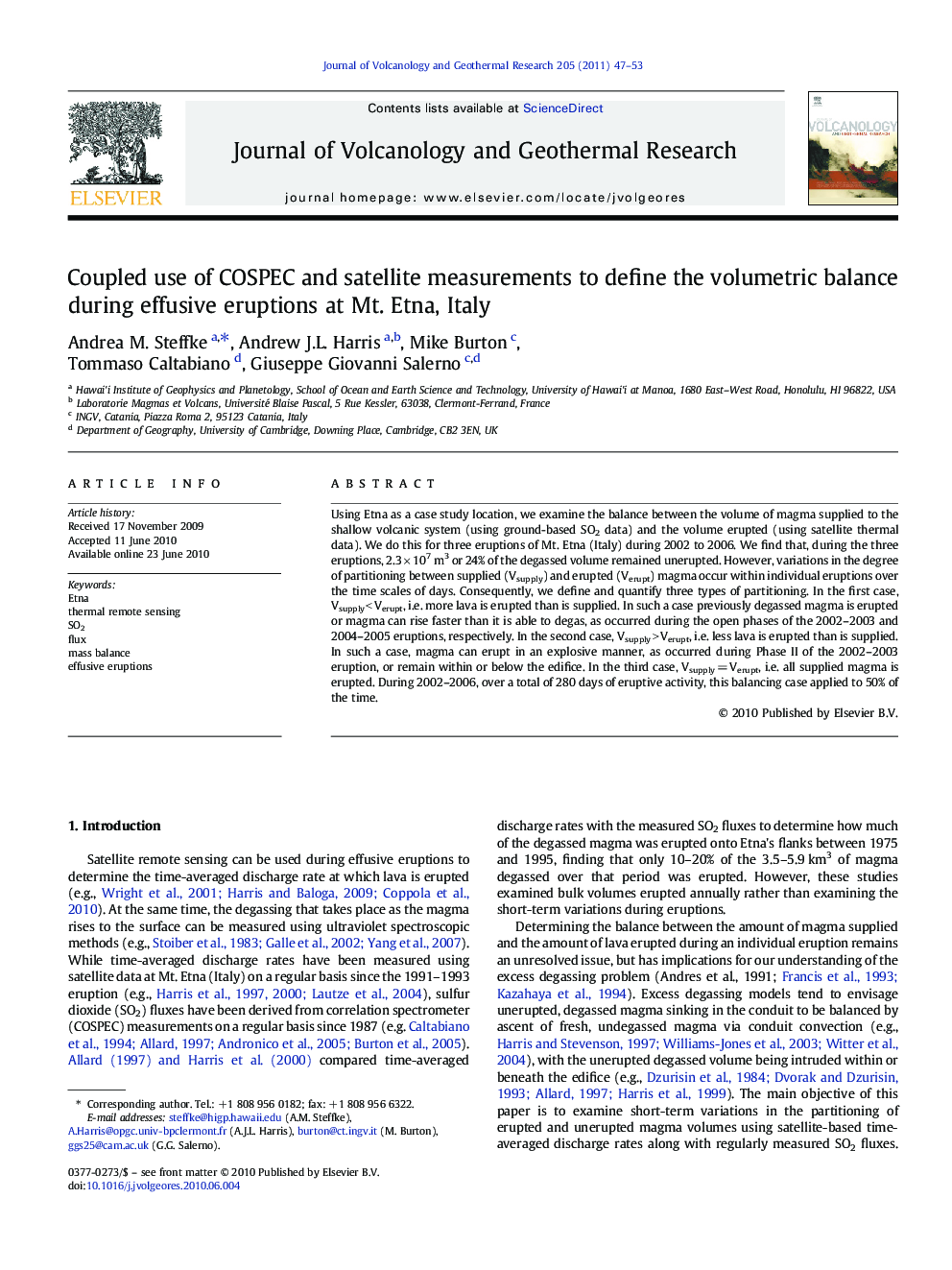 Using Etna as a case study location, we examine the balance between the volume of magma supplied to the shallow volcanic system (using ground-based SO2 data) and the volume erupted (using satellite thermal data). We do this for three eruptions of Mt. Etna (Italy) during 2002 to 2006. We find that, during the three eruptions, 2.3 × 107 m3 or 24% of the degassed volume remained unerupted. However, variations in the degree of partitioning between supplied (Vsupply) and erupted (Verupt) magma occur within individual eruptions over the time scales of days. Consequently, we define and quantify three types of partitioning. In the first case, Vsupply < Verupt, i.e. more lava is erupted than is supplied. In such a case previously degassed magma is erupted or magma can rise faster than it is able to degas, as occurred during the open phases of the 2002–2003 and 2004–2005 eruptions, respectively. In the second case, Vsupply > Verupt, i.e. less lava is erupted than is supplied. In such a case, magma can erupt in an explosive manner, as occurred during Phase II of the 2002–2003 eruption, or remain within or below the edifice. In the third case, Vsupply = Verupt, i.e. all supplied magma is erupted. During 2002–2006, over a total of 280 days of eruptive activity, this balancing case applied to 50% of the time.