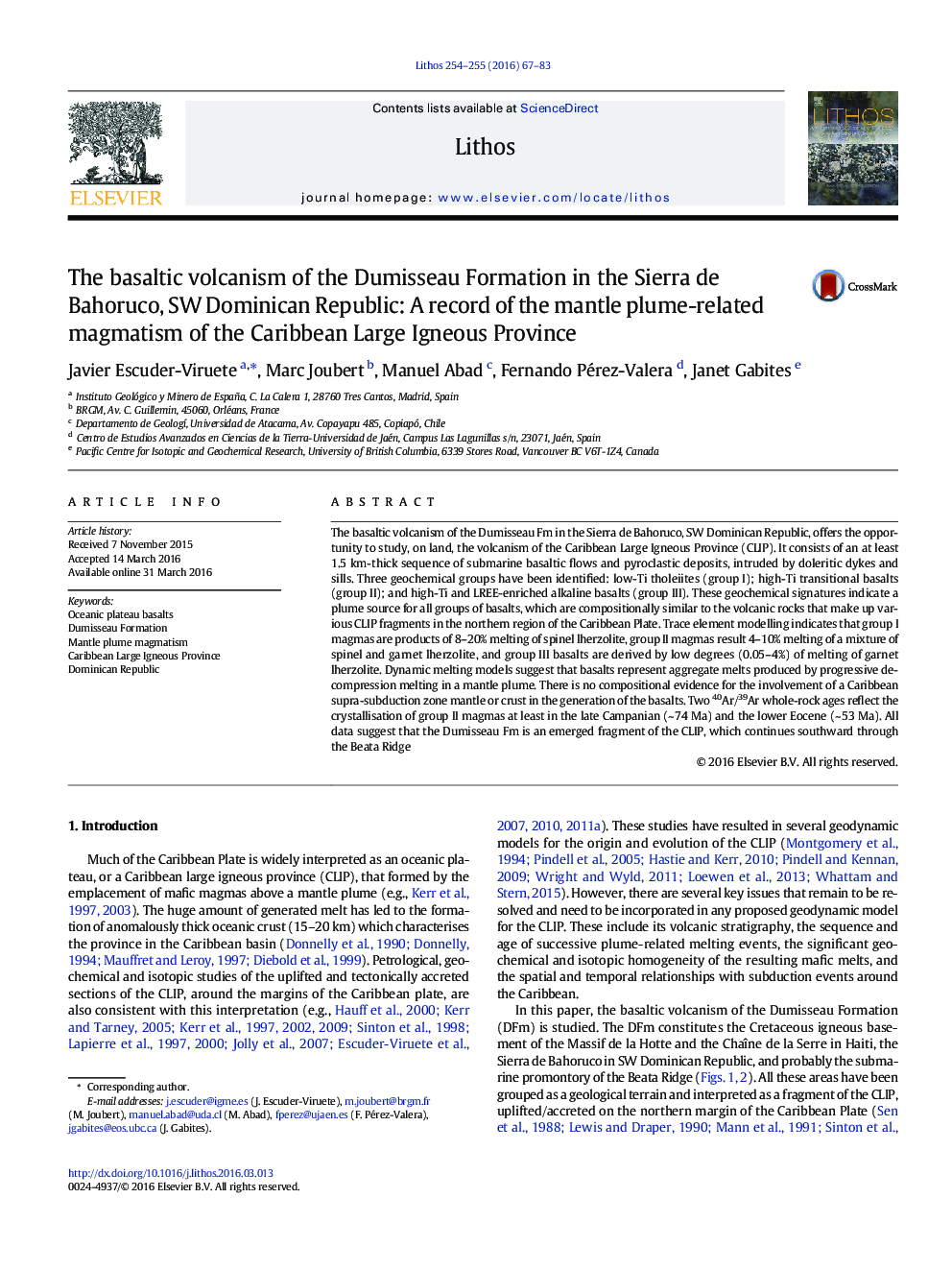 • The basaltic volcanism of the Dumisseau Fm is plume-related.
• It is composed of tholeiites, transitional and alkaline basalts.
• It represents an emerged fragment of the CLIP.

The basaltic volcanism of the Dumisseau Fm in the Sierra de Bahoruco, SW Dominican Republic, offers the opportunity to study, on land, the volcanism of the Caribbean Large Igneous Province (CLIP). It consists of an at least 1.5 km-thick sequence of submarine basaltic flows and pyroclastic deposits, intruded by doleritic dykes and sills. Three geochemical groups have been identified: low-Ti tholeiites (group I); high-Ti transitional basalts (group II); and high-Ti and LREE-enriched alkaline basalts (group III). These geochemical signatures indicate a plume source for all groups of basalts, which are compositionally similar to the volcanic rocks that make up various CLIP fragments in the northern region of the Caribbean Plate. Trace element modelling indicates that group I magmas are products of 8–20% melting of spinel lherzolite, group II magmas result 4–10% melting of a mixture of spinel and garnet lherzolite, and group III basalts are derived by low degrees (0.05–4%) of melting of garnet lherzolite. Dynamic melting models suggest that basalts represent aggregate melts produced by progressive decompression melting in a mantle plume. There is no compositional evidence for the involvement of a Caribbean supra-subduction zone mantle or crust in the generation of the basalts. Two 40Ar/39Ar whole-rock ages reflect the crystallisation of group II magmas at least in the late Campanian (~ 74 Ma) and the lower Eocene (~ 53 Ma). All data suggest that the Dumisseau Fm is an emerged fragment of the CLIP, which continues southward through the Beata Ridge