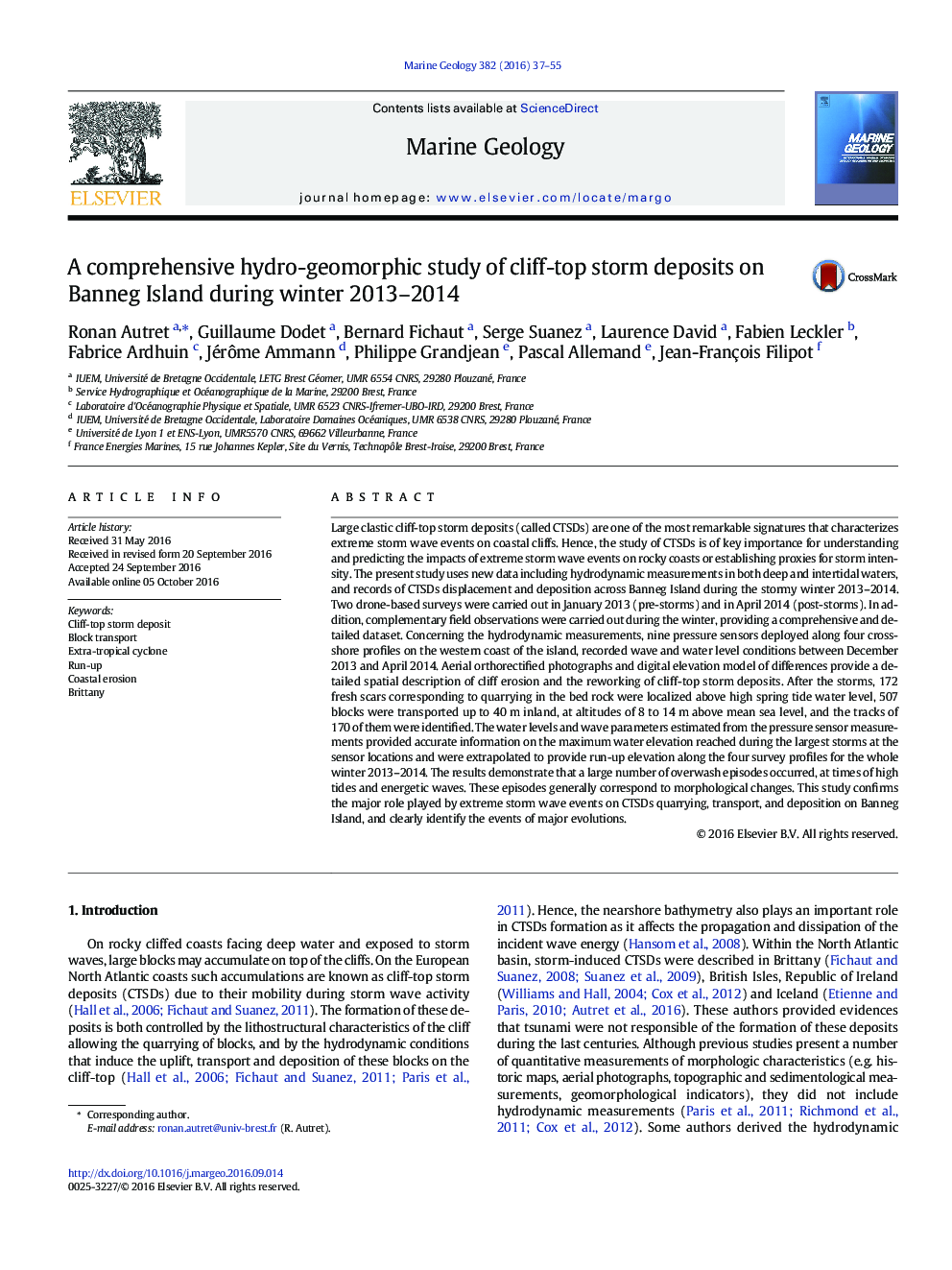 Large clastic cliff-top storm deposits (called CTSDs) are one of the most remarkable signatures that characterizes extreme storm wave events on coastal cliffs. Hence, the study of CTSDs is of key importance for understanding and predicting the impacts of extreme storm wave events on rocky coasts or establishing proxies for storm intensity. The present study uses new data including hydrodynamic measurements in both deep and intertidal waters, and records of CTSDs displacement and deposition across Banneg Island during the stormy winter 2013–2014. Two drone-based surveys were carried out in January 2013 (pre-storms) and in April 2014 (post-storms). In addition, complementary field observations were carried out during the winter, providing a comprehensive and detailed dataset. Concerning the hydrodynamic measurements, nine pressure sensors deployed along four cross-shore profiles on the western coast of the island, recorded wave and water level conditions between December 2013 and April 2014. Aerial orthorectified photographs and digital elevation model of differences provide a detailed spatial description of cliff erosion and the reworking of cliff-top storm deposits. After the storms, 172 fresh scars corresponding to quarrying in the bed rock were localized above high spring tide water level, 507 blocks were transported up to 40 m inland, at altitudes of 8 to 14 m above mean sea level, and the tracks of 170 of them were identified. The water levels and wave parameters estimated from the pressure sensor measurements provided accurate information on the maximum water elevation reached during the largest storms at the sensor locations and were extrapolated to provide run-up elevation along the four survey profiles for the whole winter 2013–2014. The results demonstrate that a large number of overwash episodes occurred, at times of high tides and energetic waves. These episodes generally correspond to morphological changes. This study confirms the major role played by extreme storm wave events on CTSDs quarrying, transport, and deposition on Banneg Island, and clearly identify the events of major evolutions.