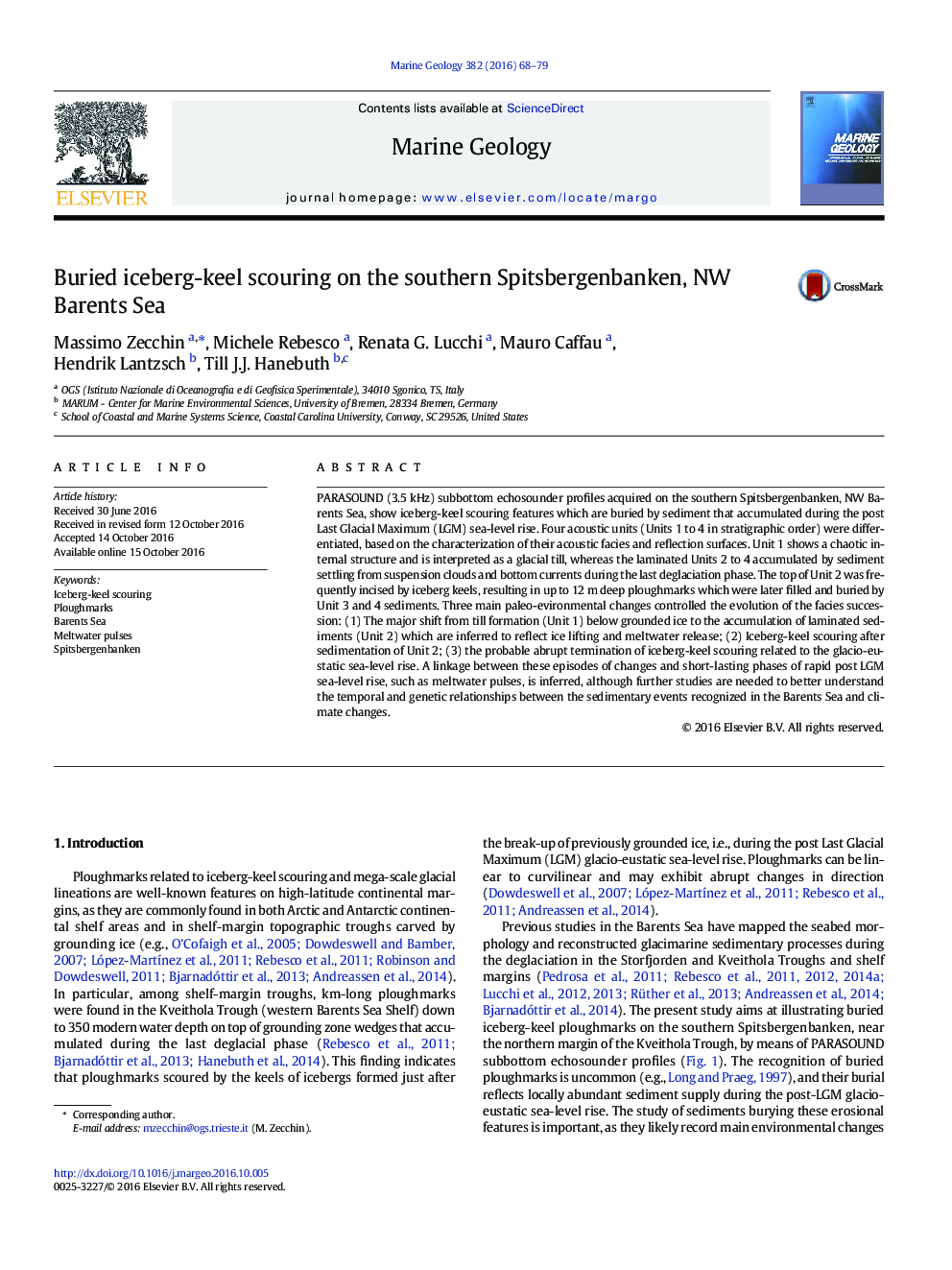 PARASOUND (3.5 kHz) subbottom echosounder profiles acquired on the southern Spitsbergenbanken, NW Barents Sea, show iceberg-keel scouring features which are buried by sediment that accumulated during the post Last Glacial Maximum (LGM) sea-level rise. Four acoustic units (Units 1 to 4 in stratigraphic order) were differentiated, based on the characterization of their acoustic facies and reflection surfaces. Unit 1 shows a chaotic internal structure and is interpreted as a glacial till, whereas the laminated Units 2 to 4 accumulated by sediment settling from suspension clouds and bottom currents during the last deglaciation phase. The top of Unit 2 was frequently incised by iceberg keels, resulting in up to 12 m deep ploughmarks which were later filled and buried by Unit 3 and 4 sediments. Three main paleo-evironmental changes controlled the evolution of the facies succession: (1) The major shift from till formation (Unit 1) below grounded ice to the accumulation of laminated sediments (Unit 2) which are inferred to reflect ice lifting and meltwater release; (2) Iceberg-keel scouring after sedimentation of Unit 2; (3) the probable abrupt termination of iceberg-keel scouring related to the glacio-eustatic sea-level rise. A linkage between these episodes of changes and short-lasting phases of rapid post LGM sea-level rise, such as meltwater pulses, is inferred, although further studies are needed to better understand the temporal and genetic relationships between the sedimentary events recognized in the Barents Sea and climate changes.