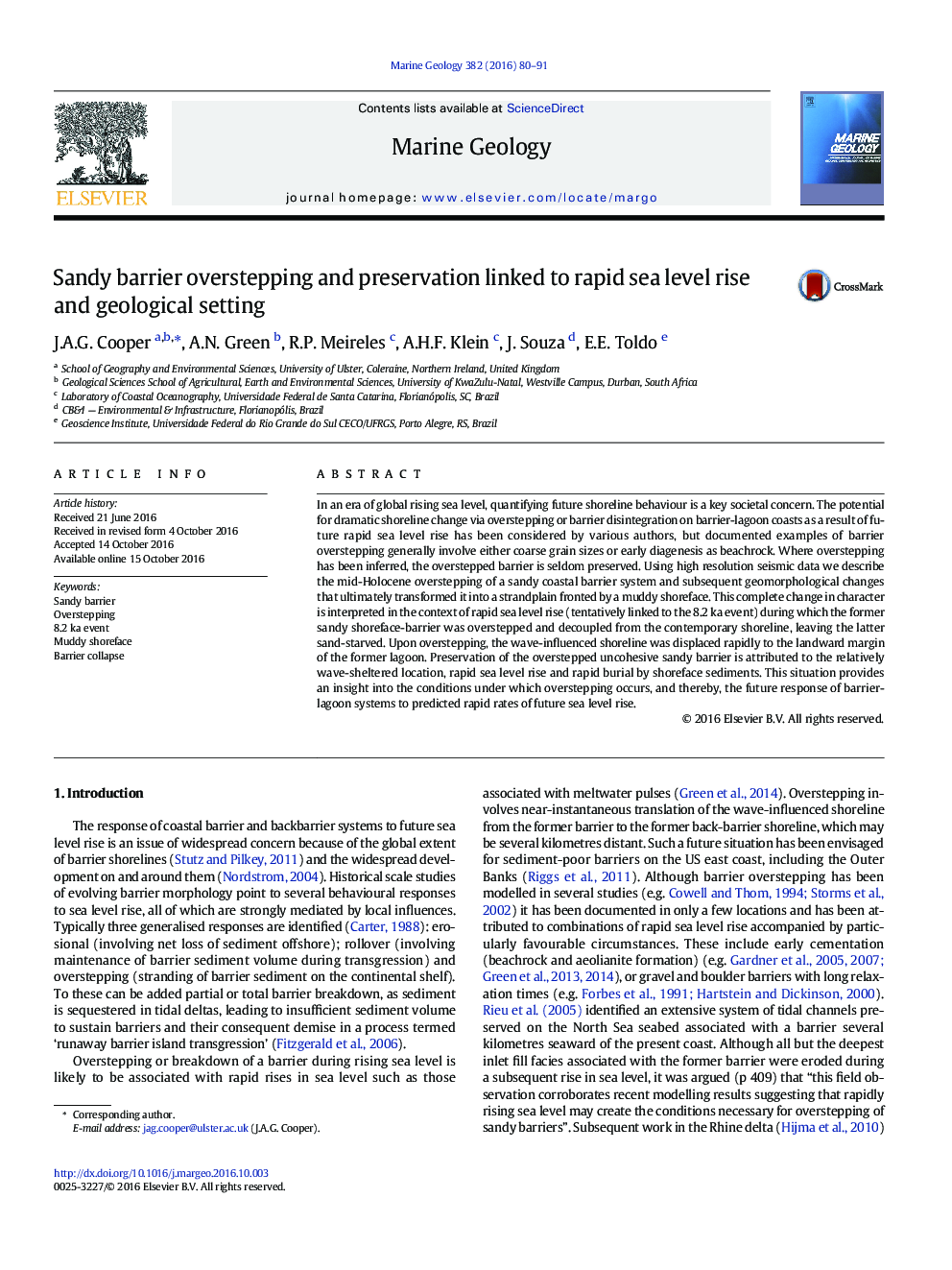 • We describe the mid-Holocene overstepping of a sandy barrier and lagoon.
• We document its transformation into a strandplain fronted by a muddy shoreface.
• Overstepping linked to the 8.2 ka event.
• Changes observed may illustrate future changes envisaged for barrier-lagoons.

In an era of global rising sea level, quantifying future shoreline behaviour is a key societal concern. The potential for dramatic shoreline change via overstepping or barrier disintegration on barrier-lagoon coasts as a result of future rapid sea level rise has been considered by various authors, but documented examples of barrier overstepping generally involve either coarse grain sizes or early diagenesis as beachrock. Where overstepping has been inferred, the overstepped barrier is seldom preserved. Using high resolution seismic data we describe the mid-Holocene overstepping of a sandy coastal barrier system and subsequent geomorphological changes that ultimately transformed it into a strandplain fronted by a muddy shoreface. This complete change in character is interpreted in the context of rapid sea level rise (tentatively linked to the 8.2 ka event) during which the former sandy shoreface-barrier was overstepped and decoupled from the contemporary shoreline, leaving the latter sand-starved. Upon overstepping, the wave-influenced shoreline was displaced rapidly to the landward margin of the former lagoon. Preservation of the overstepped uncohesive sandy barrier is attributed to the relatively wave-sheltered location, rapid sea level rise and rapid burial by shoreface sediments. This situation provides an insight into the conditions under which overstepping occurs, and thereby, the future response of barrier-lagoon systems to predicted rapid rates of future sea level rise.