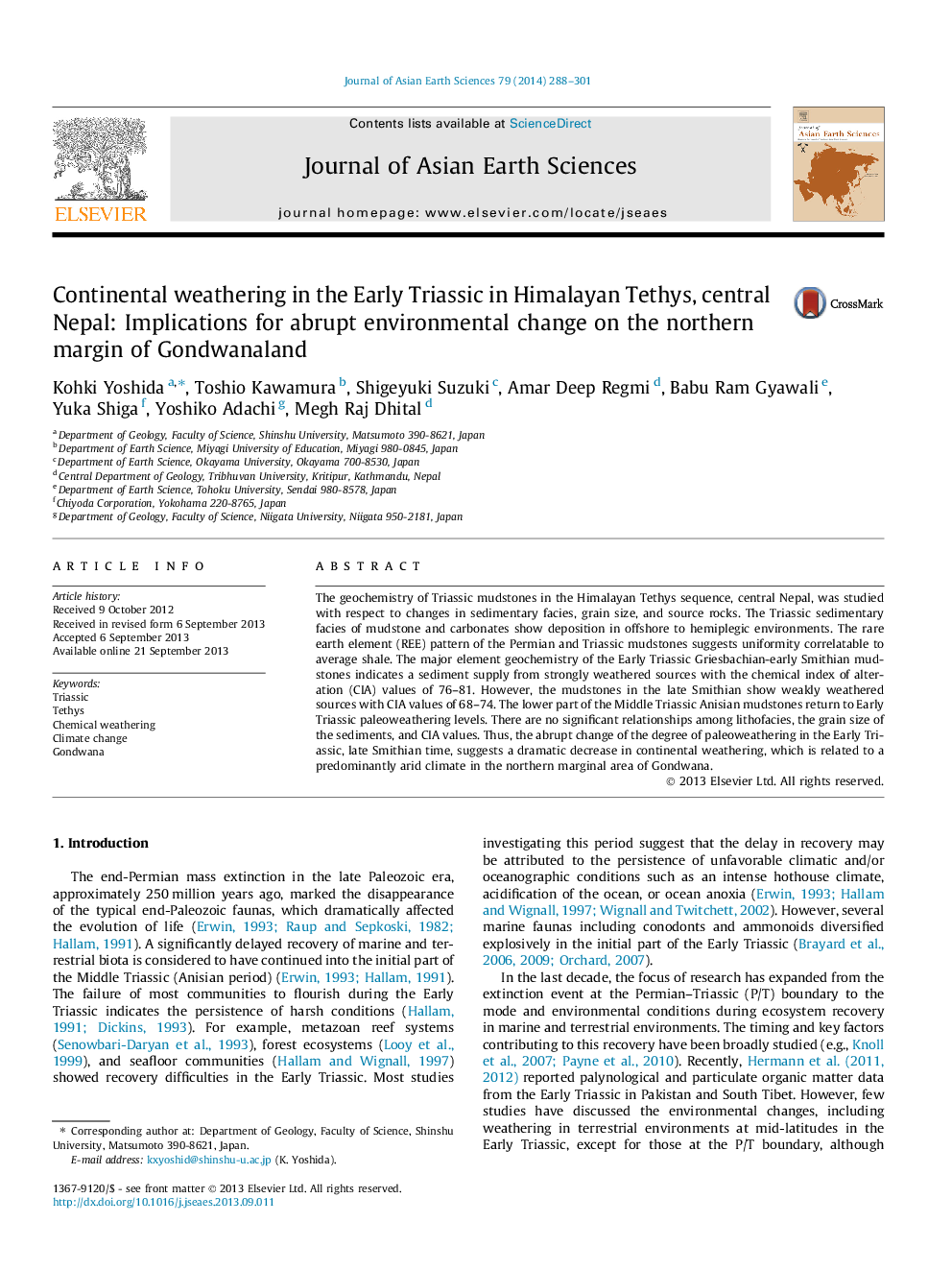 The geochemistry of Triassic mudstones in the Himalayan Tethys sequence, central Nepal, was studied with respect to changes in sedimentary facies, grain size, and source rocks. The Triassic sedimentary facies of mudstone and carbonates show deposition in offshore to hemiplegic environments. The rare earth element (REE) pattern of the Permian and Triassic mudstones suggests uniformity correlatable to average shale. The major element geochemistry of the Early Triassic Griesbachian-early Smithian mudstones indicates a sediment supply from strongly weathered sources with the chemical index of alteration (CIA) values of 76–81. However, the mudstones in the late Smithian show weakly weathered sources with CIA values of 68–74. The lower part of the Middle Triassic Anisian mudstones return to Early Triassic paleoweathering levels. There are no significant relationships among lithofacies, the grain size of the sediments, and CIA values. Thus, the abrupt change of the degree of paleoweathering in the Early Triassic, late Smithian time, suggests a dramatic decrease in continental weathering, which is related to a predominantly arid climate in the northern marginal area of Gondwana.