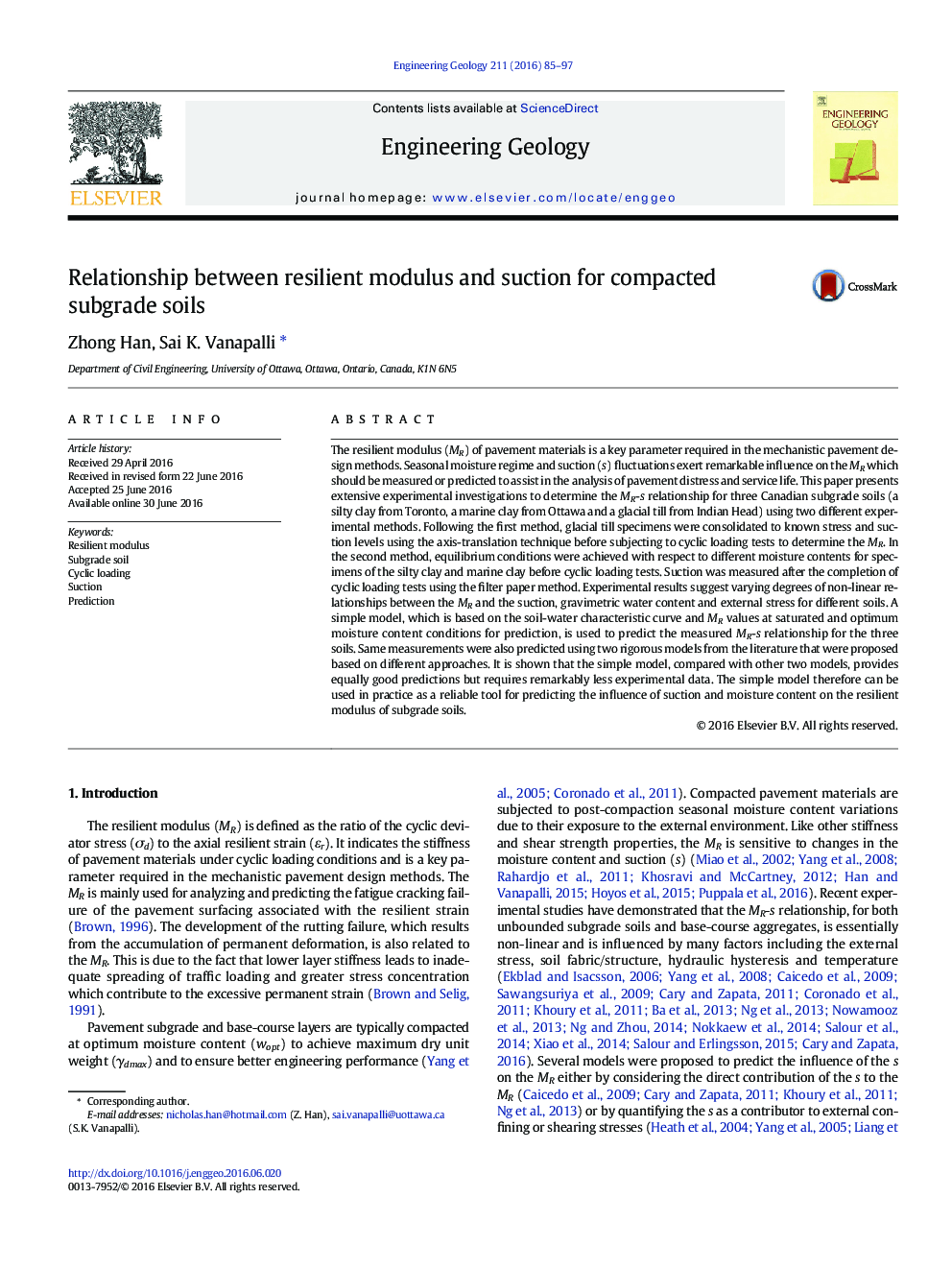 The resilient modulus (MR) of pavement materials is a key parameter required in the mechanistic pavement design methods. Seasonal moisture regime and suction (s) fluctuations exert remarkable influence on the MR which should be measured or predicted to assist in the analysis of pavement distress and service life. This paper presents extensive experimental investigations to determine the MR-s relationship for three Canadian subgrade soils (a silty clay from Toronto, a marine clay from Ottawa and a glacial till from Indian Head) using two different experimental methods. Following the first method, glacial till specimens were consolidated to known stress and suction levels using the axis-translation technique before subjecting to cyclic loading tests to determine the MR. In the second method, equilibrium conditions were achieved with respect to different moisture contents for specimens of the silty clay and marine clay before cyclic loading tests. Suction was measured after the completion of cyclic loading tests using the filter paper method. Experimental results suggest varying degrees of non-linear relationships between the MR and the suction, gravimetric water content and external stress for different soils. A simple model, which is based on the soil-water characteristic curve and MR values at saturated and optimum moisture content conditions for prediction, is used to predict the measured MR-s relationship for the three soils. Same measurements were also predicted using two rigorous models from the literature that were proposed based on different approaches. It is shown that the simple model, compared with other two models, provides equally good predictions but requires remarkably less experimental data. The simple model therefore can be used in practice as a reliable tool for predicting the influence of suction and moisture content on the resilient modulus of subgrade soils.