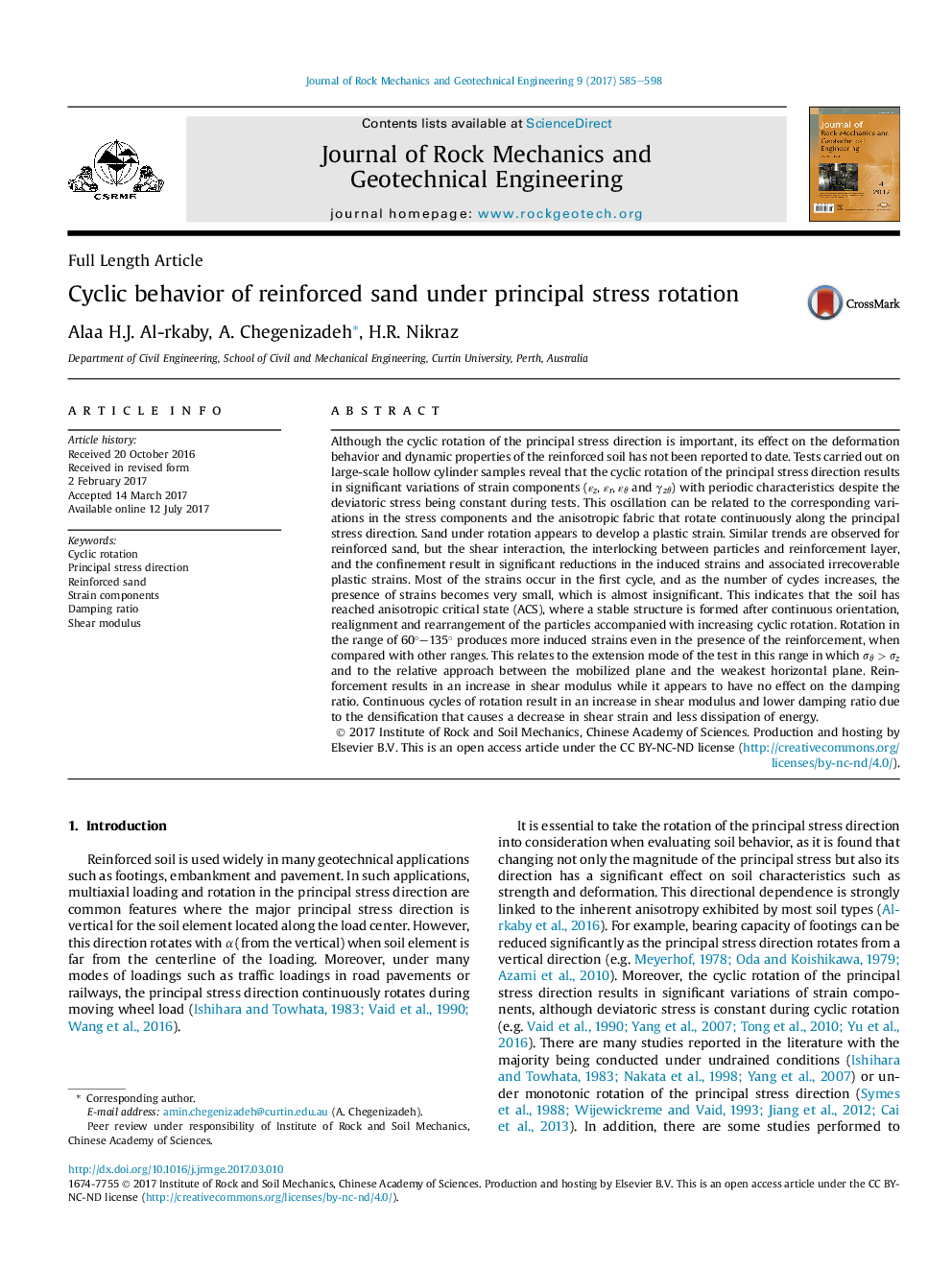 Although the cyclic rotation of the principal stress direction is important, its effect on the deformation behavior and dynamic properties of the reinforced soil has not been reported to date. Tests carried out on large-scale hollow cylinder samples reveal that the cyclic rotation of the principal stress direction results in significant variations of strain components (Îµz, Îµr, ÎµÎ¸ and Î³zÎ¸) with periodic characteristics despite the deviatoric stress being constant during tests. This oscillation can be related to the corresponding variations in the stress components and the anisotropic fabric that rotate continuously along the principal stress direction. Sand under rotation appears to develop a plastic strain. Similar trends are observed for reinforced sand, but the shear interaction, the interlocking between particles and reinforcement layer, and the confinement result in significant reductions in the induced strains and associated irrecoverable plastic strains. Most of the strains occur in the first cycle, and as the number of cycles increases, the presence of strains becomes very small, which is almost insignificant. This indicates that the soil has reached anisotropic critical state (ACS), where a stable structure is formed after continuous orientation, realignment and rearrangement of the particles accompanied with increasing cyclic rotation. Rotation in the range of 60Â°-135Â° produces more induced strains even in the presence of the reinforcement, when compared with other ranges. This relates to the extension mode of the test in this range in which ÏÎ¸Â >Â Ïz and to the relative approach between the mobilized plane and the weakest horizontal plane. Reinforcement results in an increase in shear modulus while it appears to have no effect on the damping ratio. Continuous cycles of rotation result in an increase in shear modulus and lower damping ratio due to the densification that causes a decrease in shear strain and less dissipation of energy.