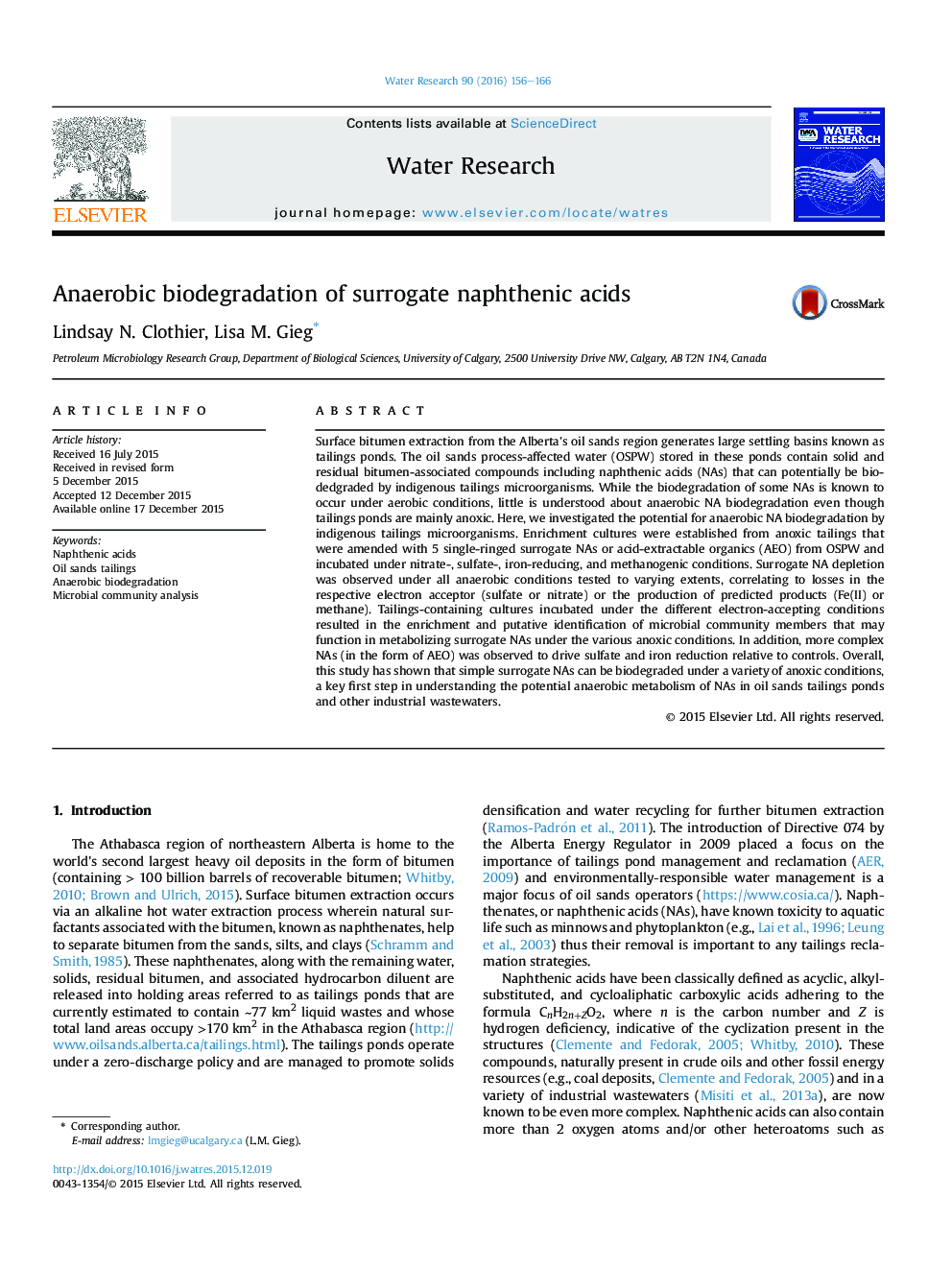 Surface bitumen extraction from the Alberta's oil sands region generates large settling basins known as tailings ponds. The oil sands process-affected water (OSPW) stored in these ponds contain solid and residual bitumen-associated compounds including naphthenic acids (NAs) that can potentially be biodedgraded by indigenous tailings microorganisms. While the biodegradation of some NAs is known to occur under aerobic conditions, little is understood about anaerobic NA biodegradation even though tailings ponds are mainly anoxic. Here, we investigated the potential for anaerobic NA biodegradation by indigenous tailings microorganisms. Enrichment cultures were established from anoxic tailings that were amended with 5 single-ringed surrogate NAs or acid-extractable organics (AEO) from OSPW and incubated under nitrate-, sulfate-, iron-reducing, and methanogenic conditions. Surrogate NA depletion was observed under all anaerobic conditions tested to varying extents, correlating to losses in the respective electron acceptor (sulfate or nitrate) or the production of predicted products (Fe(II) or methane). Tailings-containing cultures incubated under the different electron-accepting conditions resulted in the enrichment and putative identification of microbial community members that may function in metabolizing surrogate NAs under the various anoxic conditions. In addition, more complex NAs (in the form of AEO) was observed to drive sulfate and iron reduction relative to controls. Overall, this study has shown that simple surrogate NAs can be biodegraded under a variety of anoxic conditions, a key first step in understanding the potential anaerobic metabolism of NAs in oil sands tailings ponds and other industrial wastewaters.