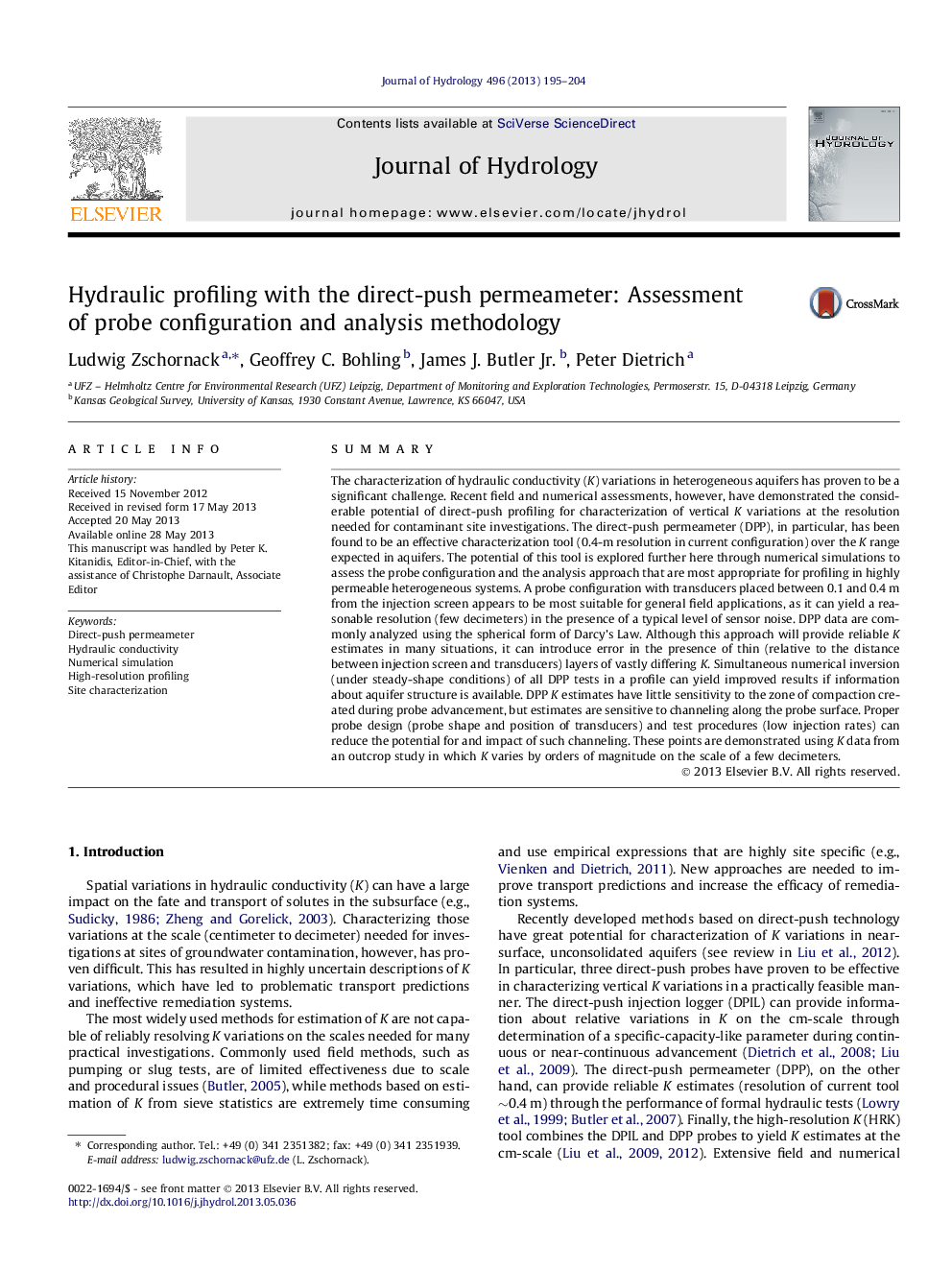 - DPP probe configurations define measurement range, resolution and accuracy in K estimation.
- Transducers placed between 0.1 and 0.4Â m from the injection screen appears most suitable for general field applications.
- Errors in K estimates can be introduced by the presence of thin vastly differing K layers.
- Minimal impact on K estimates if channeling does not exceed halfway the distance to transducer PT1.

SummaryThe characterization of hydraulic conductivity (K) variations in heterogeneous aquifers has proven to be a significant challenge. Recent field and numerical assessments, however, have demonstrated the considerable potential of direct-push profiling for characterization of vertical K variations at the resolution needed for contaminant site investigations. The direct-push permeameter (DPP), in particular, has been found to be an effective characterization tool (0.4-m resolution in current configuration) over the K range expected in aquifers. The potential of this tool is explored further here through numerical simulations to assess the probe configuration and the analysis approach that are most appropriate for profiling in highly permeable heterogeneous systems. A probe configuration with transducers placed between 0.1 and 0.4Â m from the injection screen appears to be most suitable for general field applications, as it can yield a reasonable resolution (few decimeters) in the presence of a typical level of sensor noise. DPP data are commonly analyzed using the spherical form of Darcy's Law. Although this approach will provide reliable K estimates in many situations, it can introduce error in the presence of thin (relative to the distance between injection screen and transducers) layers of vastly differing K. Simultaneous numerical inversion (under steady-shape conditions) of all DPP tests in a profile can yield improved results if information about aquifer structure is available. DPP K estimates have little sensitivity to the zone of compaction created during probe advancement, but estimates are sensitive to channeling along the probe surface. Proper probe design (probe shape and position of transducers) and test procedures (low injection rates) can reduce the potential for and impact of such channeling. These points are demonstrated using K data from an outcrop study in which K varies by orders of magnitude on the scale of a few decimeters.