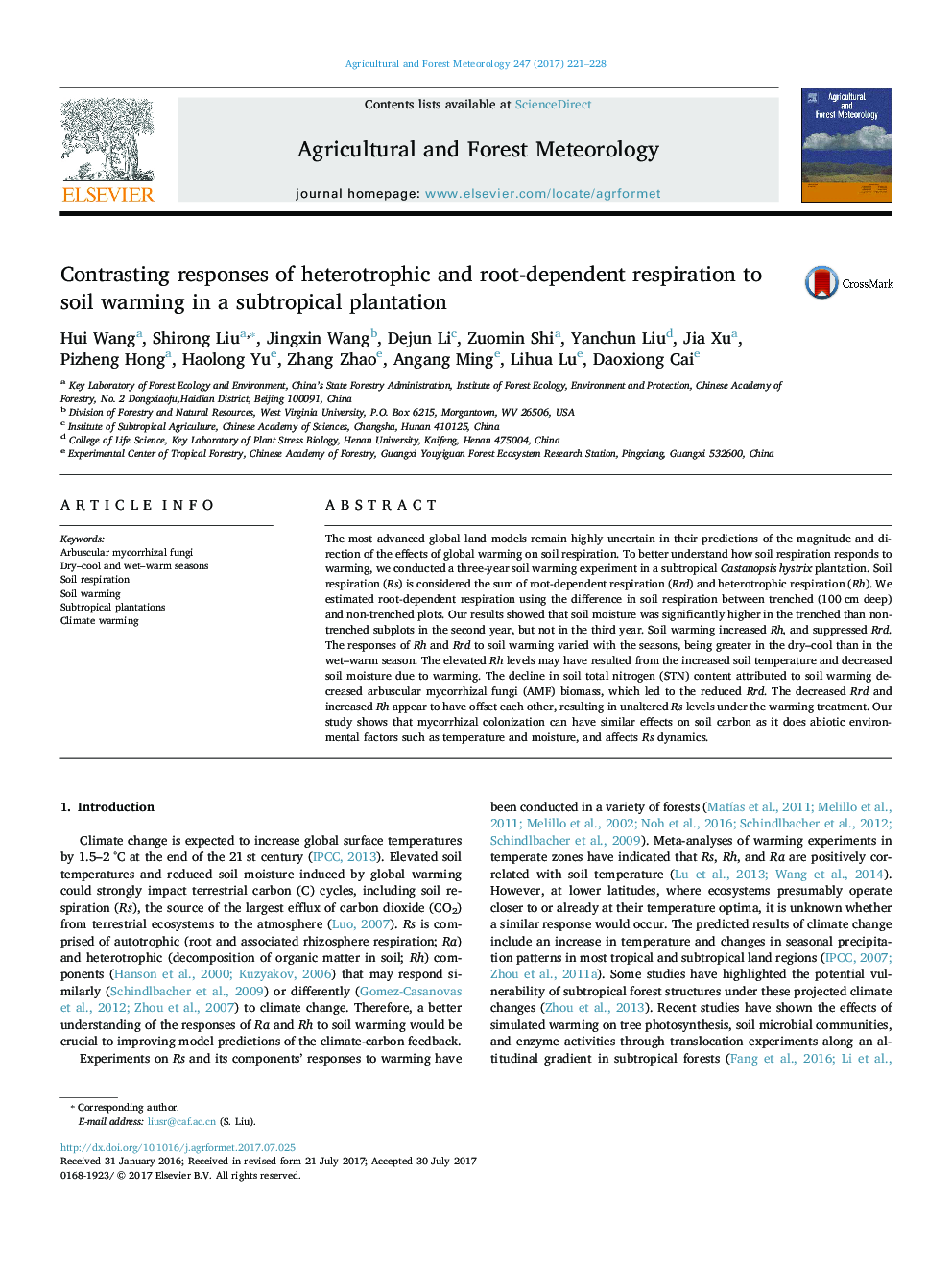 The most advanced global land models remain highly uncertain in their predictions of the magnitude and direction of the effects of global warming on soil respiration. To better understand how soil respiration responds to warming, we conducted a three-year soil warming experiment in a subtropical Castanopsis hystrix plantation. Soil respiration (Rs) is considered the sum of root-dependent respiration (Rrd) and heterotrophic respiration (Rh). We estimated root-dependent respiration using the difference in soil respiration between trenched (100Â cm deep) and non-trenched plots. Our results showed that soil moisture was significantly higher in the trenched than non-trenched subplots in the second year, but not in the third year. Soil warming increased Rh, and suppressed Rrd. The responses of Rh and Rrd to soil warming varied with the seasons, being greater in the dry-cool than in the wet-warm season. The elevated Rh levels may have resulted from the increased soil temperature and decreased soil moisture due to warming. The decline in soil total nitrogen (STN) content attributed to soil warming decreased arbuscular mycorrhizal fungi (AMF) biomass, which led to the reduced Rrd. The decreased Rrd and increased Rh appear to have offset each other, resulting in unaltered Rs levels under the warming treatment. Our study shows that mycorrhizal colonization can have similar effects on soil carbon as it does abiotic environmental factors such as temperature and moisture, and affects Rs dynamics.