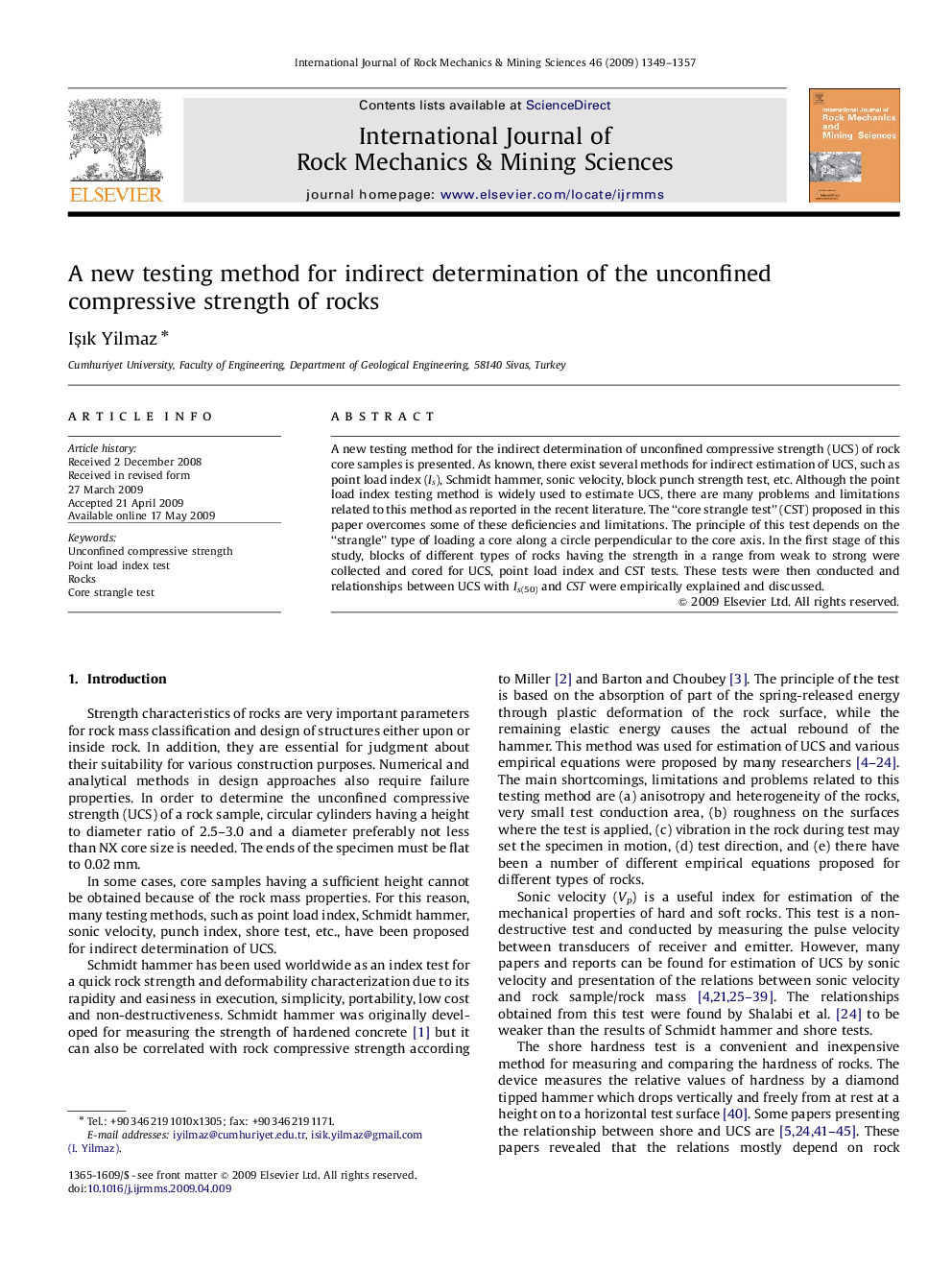 A new testing method for the indirect determination of unconfined compressive strength (UCS) of rock core samples is presented. As known, there exist several methods for indirect estimation of UCS, such as point load index (Is), Schmidt hammer, sonic velocity, block punch strength test, etc. Although the point load index testing method is widely used to estimate UCS, there are many problems and limitations related to this method as reported in the recent literature. The “core strangle test” (CST) proposed in this paper overcomes some of these deficiencies and limitations. The principle of this test depends on the “strangle” type of loading a core along a circle perpendicular to the core axis. In the first stage of this study, blocks of different types of rocks having the strength in a range from weak to strong were collected and cored for UCS, point load index and CST tests. These tests were then conducted and relationships between UCS with Is(50) and CST were empirically explained and discussed.