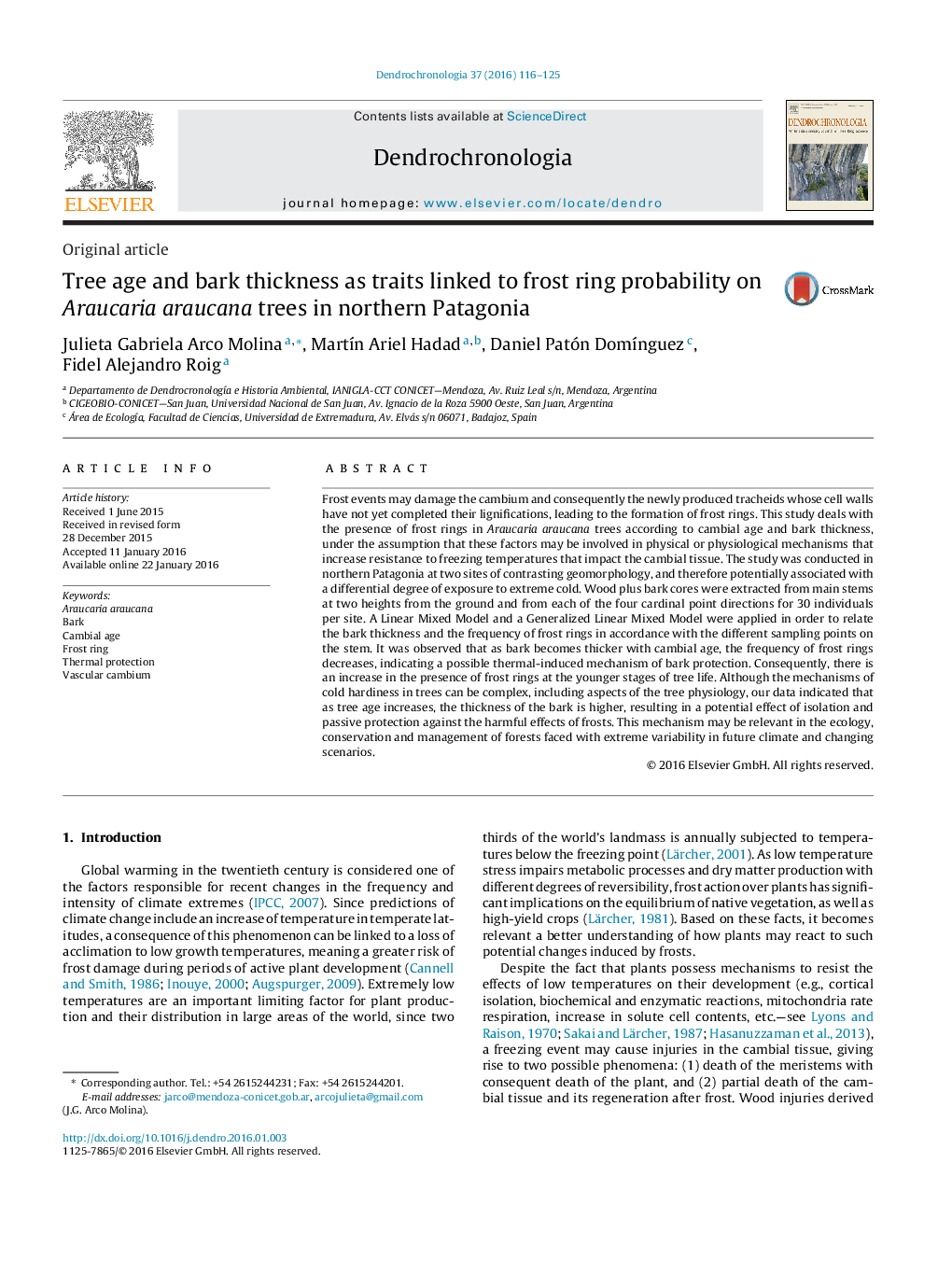 Frost events may damage the cambium and consequently the newly produced tracheids whose cell walls have not yet completed their lignifications, leading to the formation of frost rings. This study deals with the presence of frost rings in Araucaria araucana trees according to cambial age and bark thickness, under the assumption that these factors may be involved in physical or physiological mechanisms that increase resistance to freezing temperatures that impact the cambial tissue. The study was conducted in northern Patagonia at two sites of contrasting geomorphology, and therefore potentially associated with a differential degree of exposure to extreme cold. Wood plus bark cores were extracted from main stems at two heights from the ground and from each of the four cardinal point directions for 30 individuals per site. A Linear Mixed Model and a Generalized Linear Mixed Model were applied in order to relate the bark thickness and the frequency of frost rings in accordance with the different sampling points on the stem. It was observed that as bark becomes thicker with cambial age, the frequency of frost rings decreases, indicating a possible thermal-induced mechanism of bark protection. Consequently, there is an increase in the presence of frost rings at the younger stages of tree life. Although the mechanisms of cold hardiness in trees can be complex, including aspects of the tree physiology, our data indicated that as tree age increases, the thickness of the bark is higher, resulting in a potential effect of isolation and passive protection against the harmful effects of frosts. This mechanism may be relevant in the ecology, conservation and management of forests faced with extreme variability in future climate and changing scenarios.