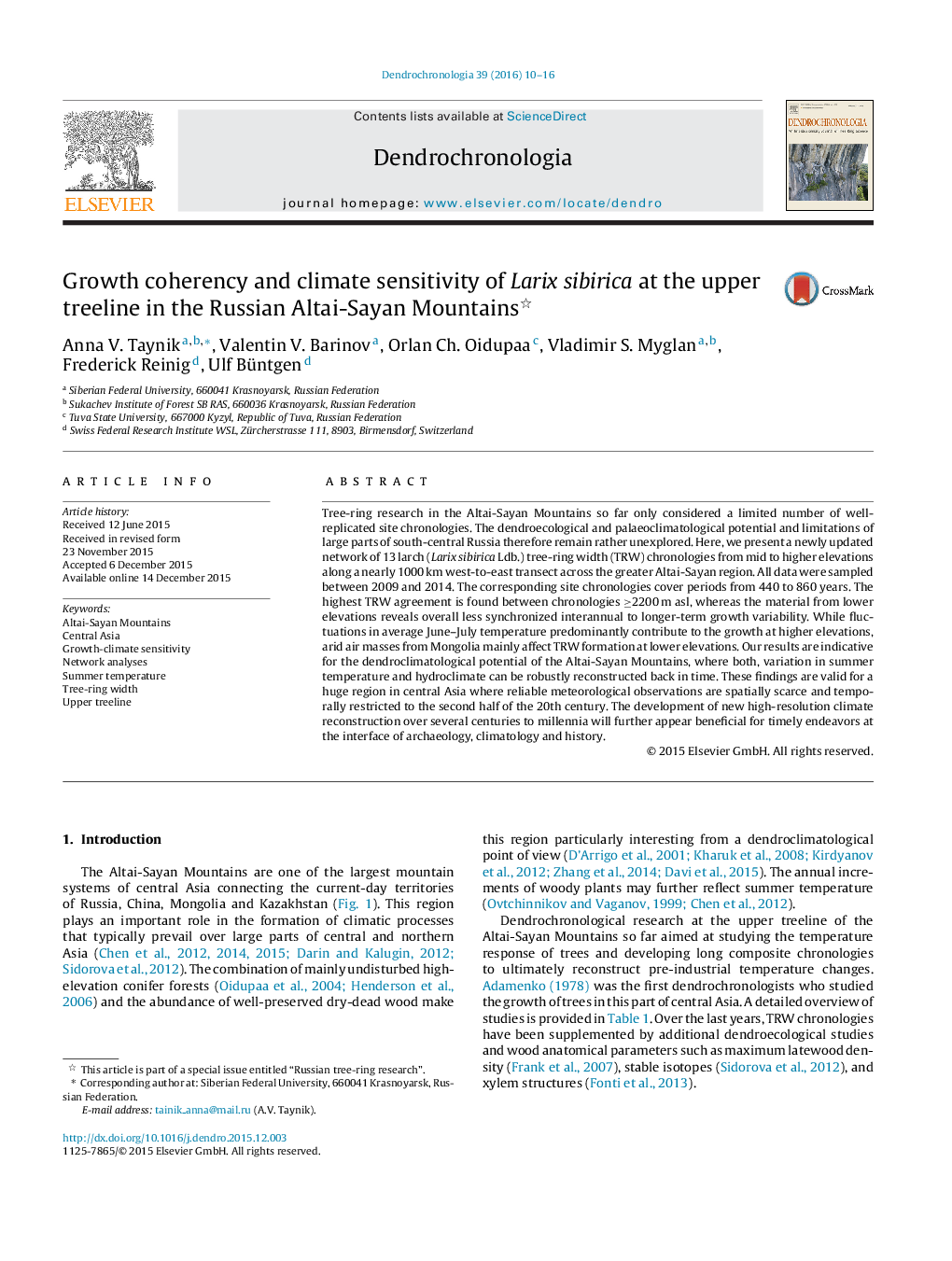 Tree-ring research in the Altai-Sayan Mountains so far only considered a limited number of well-replicated site chronologies. The dendroecological and palaeoclimatological potential and limitations of large parts of south-central Russia therefore remain rather unexplored. Here, we present a newly updated network of 13 larch (Larix sibirica Ldb.) tree-ring width (TRW) chronologies from mid to higher elevations along a nearly 1000 km west-to-east transect across the greater Altai-Sayan region. All data were sampled between 2009 and 2014. The corresponding site chronologies cover periods from 440 to 860 years. The highest TRW agreement is found between chronologies ≥2200 m asl, whereas the material from lower elevations reveals overall less synchronized interannual to longer-term growth variability. While fluctuations in average June–July temperature predominantly contribute to the growth at higher elevations, arid air masses from Mongolia mainly affect TRW formation at lower elevations. Our results are indicative for the dendroclimatological potential of the Altai-Sayan Mountains, where both, variation in summer temperature and hydroclimate can be robustly reconstructed back in time. These findings are valid for a huge region in central Asia where reliable meteorological observations are spatially scarce and temporally restricted to the second half of the 20th century. The development of new high-resolution climate reconstruction over several centuries to millennia will further appear beneficial for timely endeavors at the interface of archaeology, climatology and history.