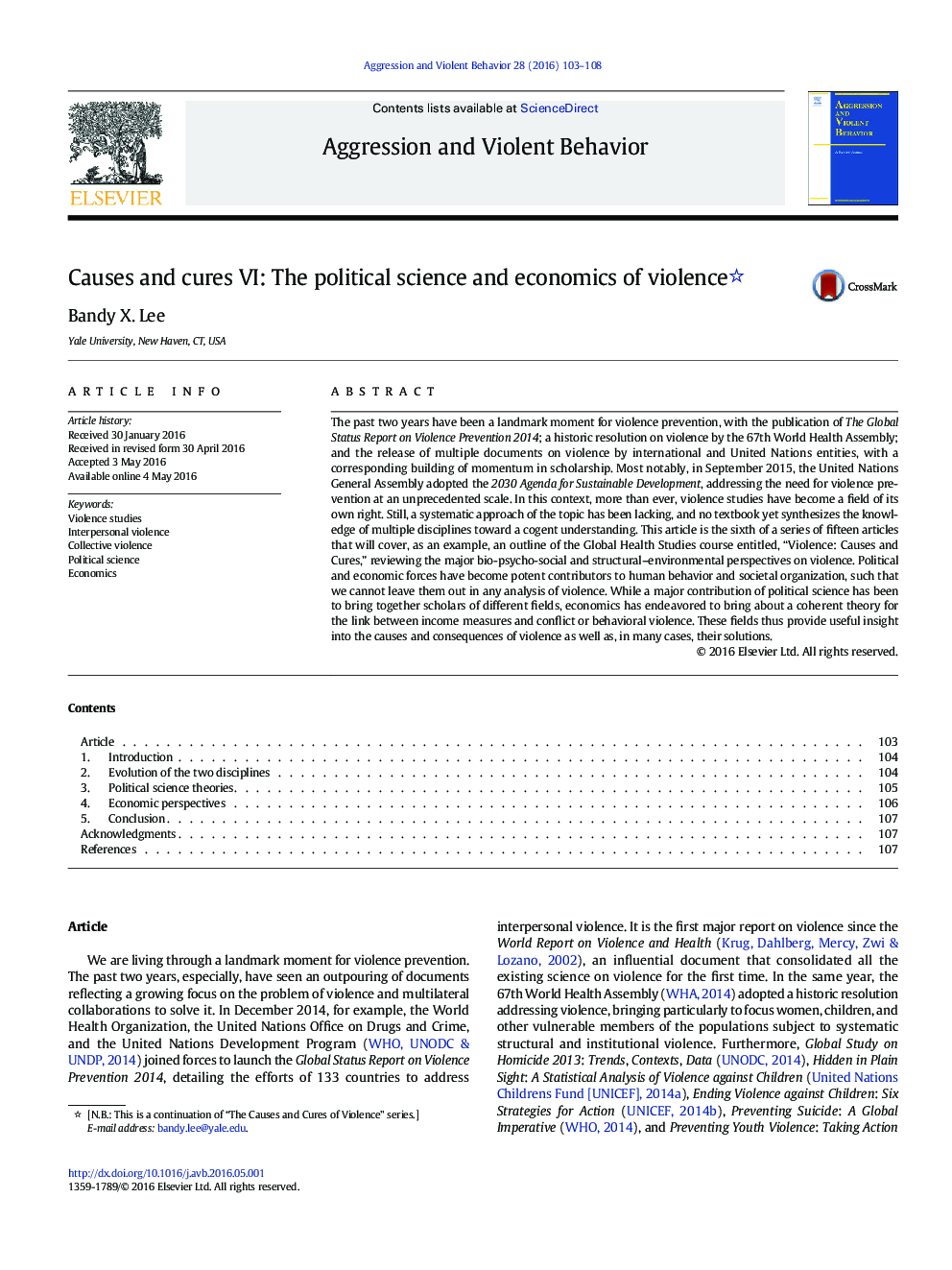 The past two years have been a landmark moment for violence prevention, with the publication of The Global Status Report on Violence Prevention 2014; a historic resolution on violence by the 67th World Health Assembly; and the release of multiple documents on violence by international and United Nations entities, with a corresponding building of momentum in scholarship. Most notably, in September 2015, the United Nations General Assembly adopted the 2030 Agenda for Sustainable Development, addressing the need for violence prevention at an unprecedented scale. In this context, more than ever, violence studies have become a field of its own right. Still, a systematic approach of the topic has been lacking, and no textbook yet synthesizes the knowledge of multiple disciplines toward a cogent understanding. This article is the sixth of a series of fifteen articles that will cover, as an example, an outline of the Global Health Studies course entitled, “Violence: Causes and Cures,” reviewing the major bio-psycho-social and structural–environmental perspectives on violence. Political and economic forces have become potent contributors to human behavior and societal organization, such that we cannot leave them out in any analysis of violence. While a major contribution of political science has been to bring together scholars of different fields, economics has endeavored to bring about a coherent theory for the link between income measures and conflict or behavioral violence. These fields thus provide useful insight into the causes and consequences of violence as well as, in many cases, their solutions.