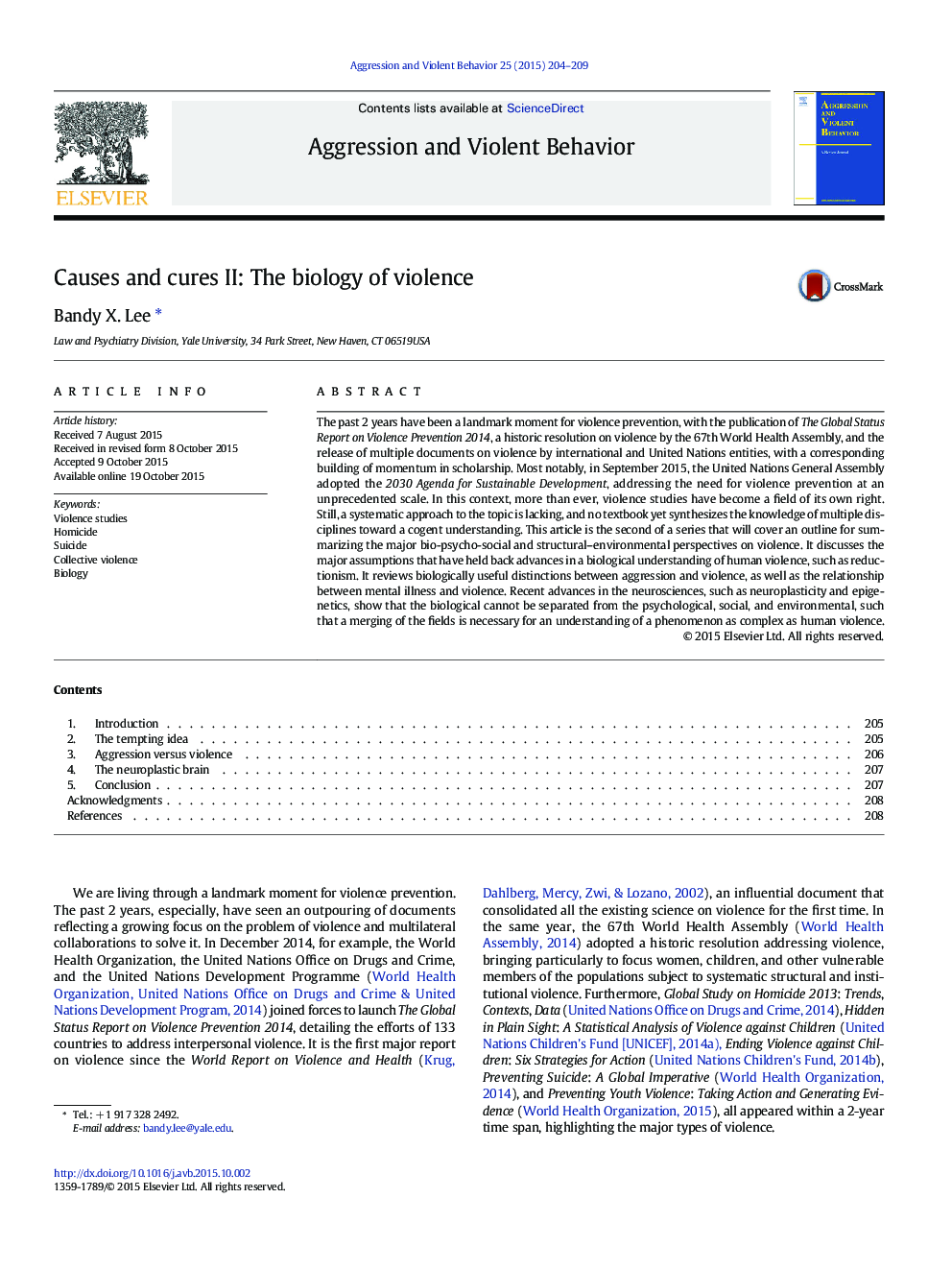 • Understanding biology is important to the understanding of human violence.
• No biological “marker” or substrate responsible for violence has been found.
• Brain–environment interactionism supersedes the “nature versus nurture” controversy.
• Important are brain plasticity, epigenetics, and hormonal-behavioral mechanisms.
• A biology of violence cannot leave out psycho-socio-environmental factors.

The past 2 years have been a landmark moment for violence prevention, with the publication of The Global Status Report on Violence Prevention 2014, a historic resolution on violence by the 67th World Health Assembly, and the release of multiple documents on violence by international and United Nations entities, with a corresponding building of momentum in scholarship. Most notably, in September 2015, the United Nations General Assembly adopted the 2030 Agenda for Sustainable Development, addressing the need for violence prevention at an unprecedented scale. In this context, more than ever, violence studies have become a field of its own right. Still, a systematic approach to the topic is lacking, and no textbook yet synthesizes the knowledge of multiple disciplines toward a cogent understanding. This article is the second of a series that will cover an outline for summarizing the major bio-psycho-social and structural–environmental perspectives on violence. It discusses the major assumptions that have held back advances in a biological understanding of human violence, such as reductionism. It reviews biologically useful distinctions between aggression and violence, as well as the relationship between mental illness and violence. Recent advances in the neurosciences, such as neuroplasticity and epigenetics, show that the biological cannot be separated from the psychological, social, and environmental, such that a merging of the fields is necessary for an understanding of a phenomenon as complex as human violence.