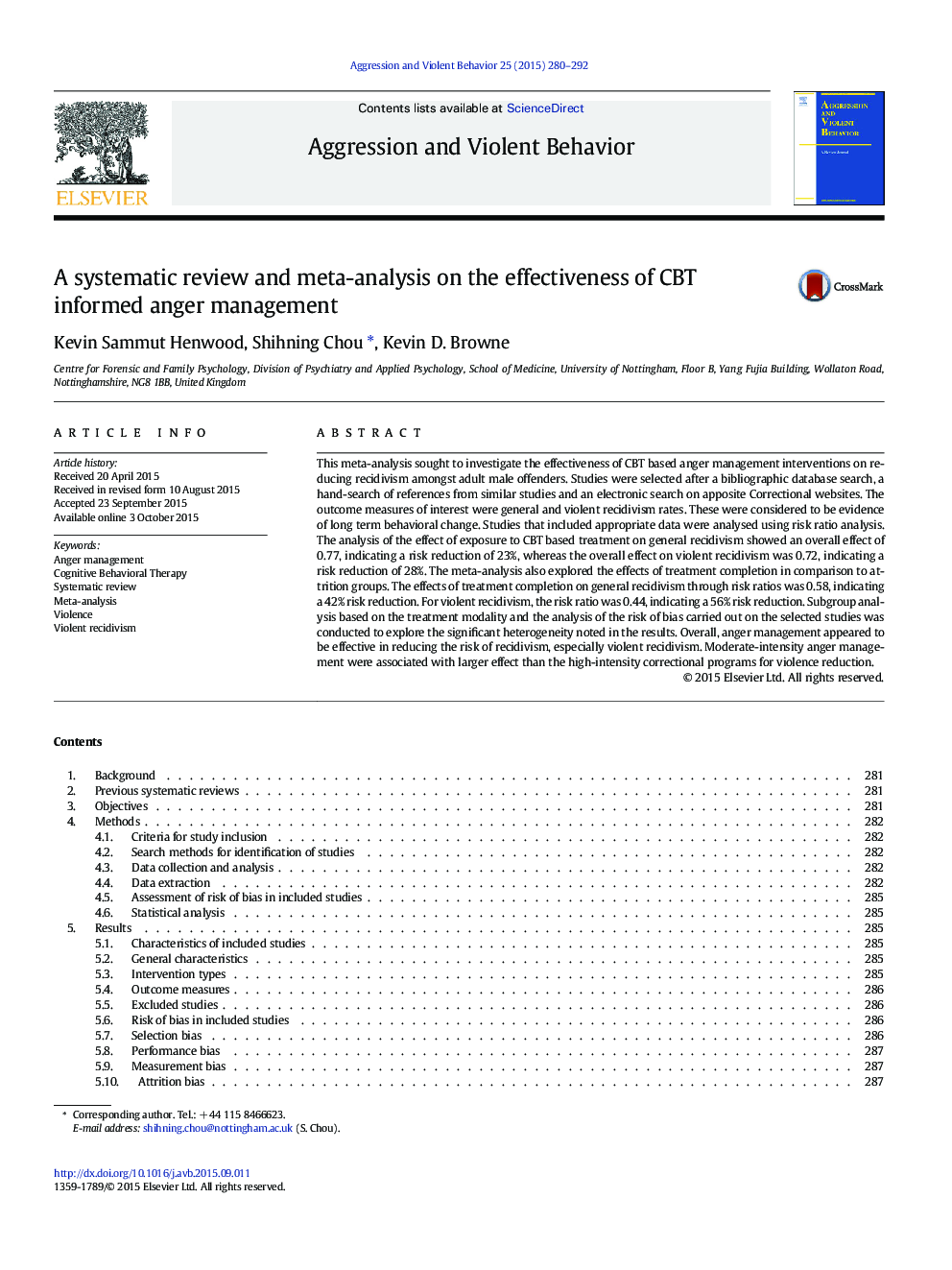 This meta-analysis sought to investigate the effectiveness of CBT based anger management interventions on reducing recidivism amongst adult male offenders. Studies were selected after a bibliographic database search, a hand-search of references from similar studies and an electronic search on apposite Correctional websites. The outcome measures of interest were general and violent recidivism rates. These were considered to be evidence of long term behavioral change. Studies that included appropriate data were analysed using risk ratio analysis. The analysis of the effect of exposure to CBT based treatment on general recidivism showed an overall effect of 0.77, indicating a risk reduction of 23%, whereas the overall effect on violent recidivism was 0.72, indicating a risk reduction of 28%. The meta-analysis also explored the effects of treatment completion in comparison to attrition groups. The effects of treatment completion on general recidivism through risk ratios was 0.58, indicating a 42% risk reduction. For violent recidivism, the risk ratio was 0.44, indicating a 56% risk reduction. Subgroup analysis based on the treatment modality and the analysis of the risk of bias carried out on the selected studies was conducted to explore the significant heterogeneity noted in the results. Overall, anger management appeared to be effective in reducing the risk of recidivism, especially violent recidivism. Moderate-intensity anger management were associated with larger effect than the high-intensity correctional programs for violence reduction.