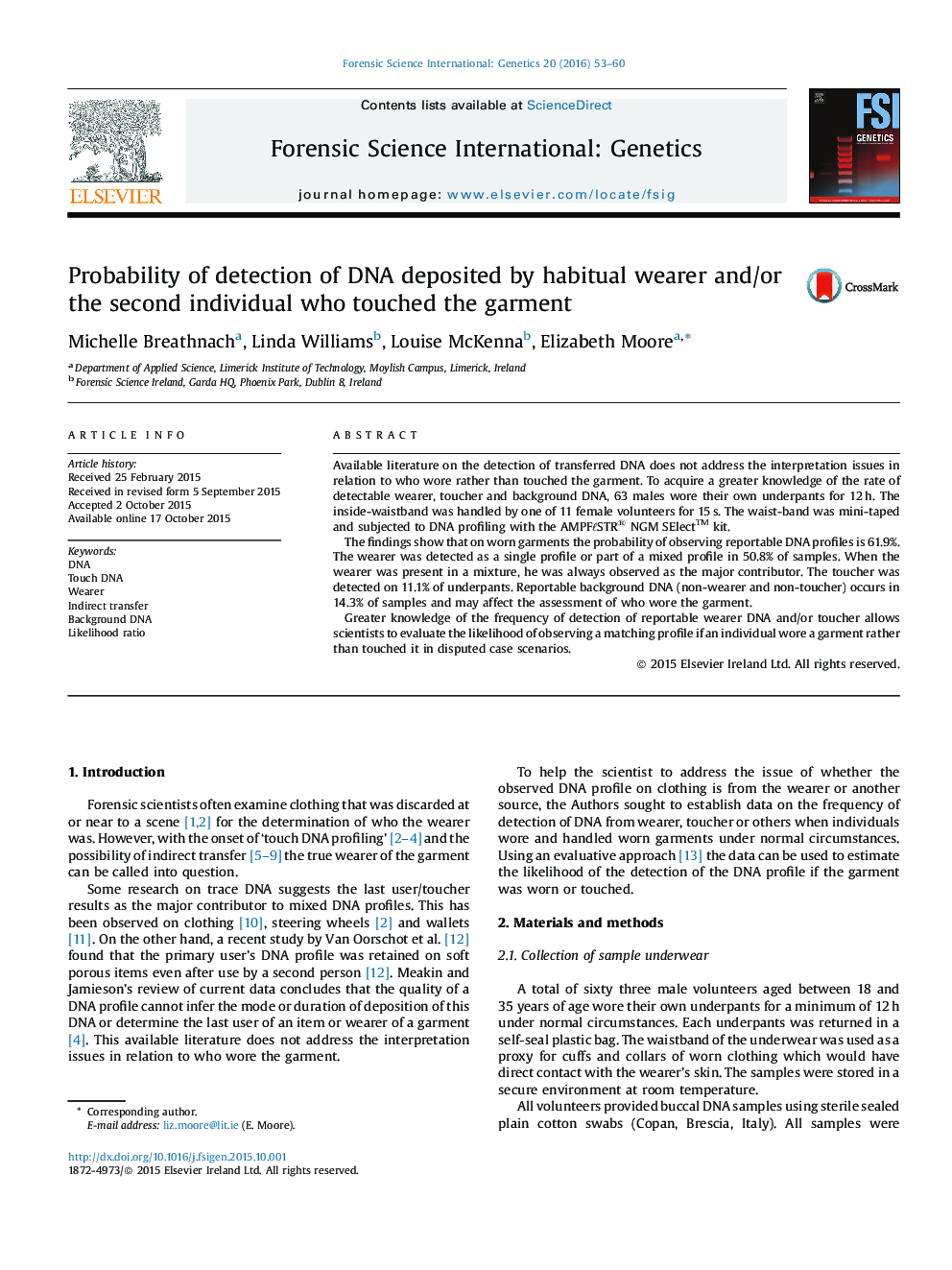 • The percentage of reportable DNA profiles on worn garments using NGM SElect™ was 61.9%.
• Reportable wearer DNA was detected in 50.8% of samples.
• Reportable toucher was detected on 11.1% of underpants.
• Background DNA was found in 14.3% of samples and a major donor in 2% of reportable samples.
• Inferences of the likelihood of the DNA profile relative to touching and wearing a garment can now be assessed.

Available literature on the detection of transferred DNA does not address the interpretation issues in relation to who wore rather than touched the garment. To acquire a greater knowledge of the rate of detectable wearer, toucher and background DNA, 63 males wore their own underpants for 12 h. The inside-waistband was handled by one of 11 female volunteers for 15 s. The waist-band was mini-taped and subjected to DNA profiling with the AMPFℓSTR® NGM SElect™ kit.The findings show that on worn garments the probability of observing reportable DNA profiles is 61.9%. The wearer was detected as a single profile or part of a mixed profile in 50.8% of samples. When the wearer was present in a mixture, he was always observed as the major contributor. The toucher was detected on 11.1% of underpants. Reportable background DNA (non-wearer and non-toucher) occurs in 14.3% of samples and may affect the assessment of who wore the garment.Greater knowledge of the frequency of detection of reportable wearer DNA and/or toucher allows scientists to evaluate the likelihood of observing a matching profile if an individual wore a garment rather than touched it in disputed case scenarios.