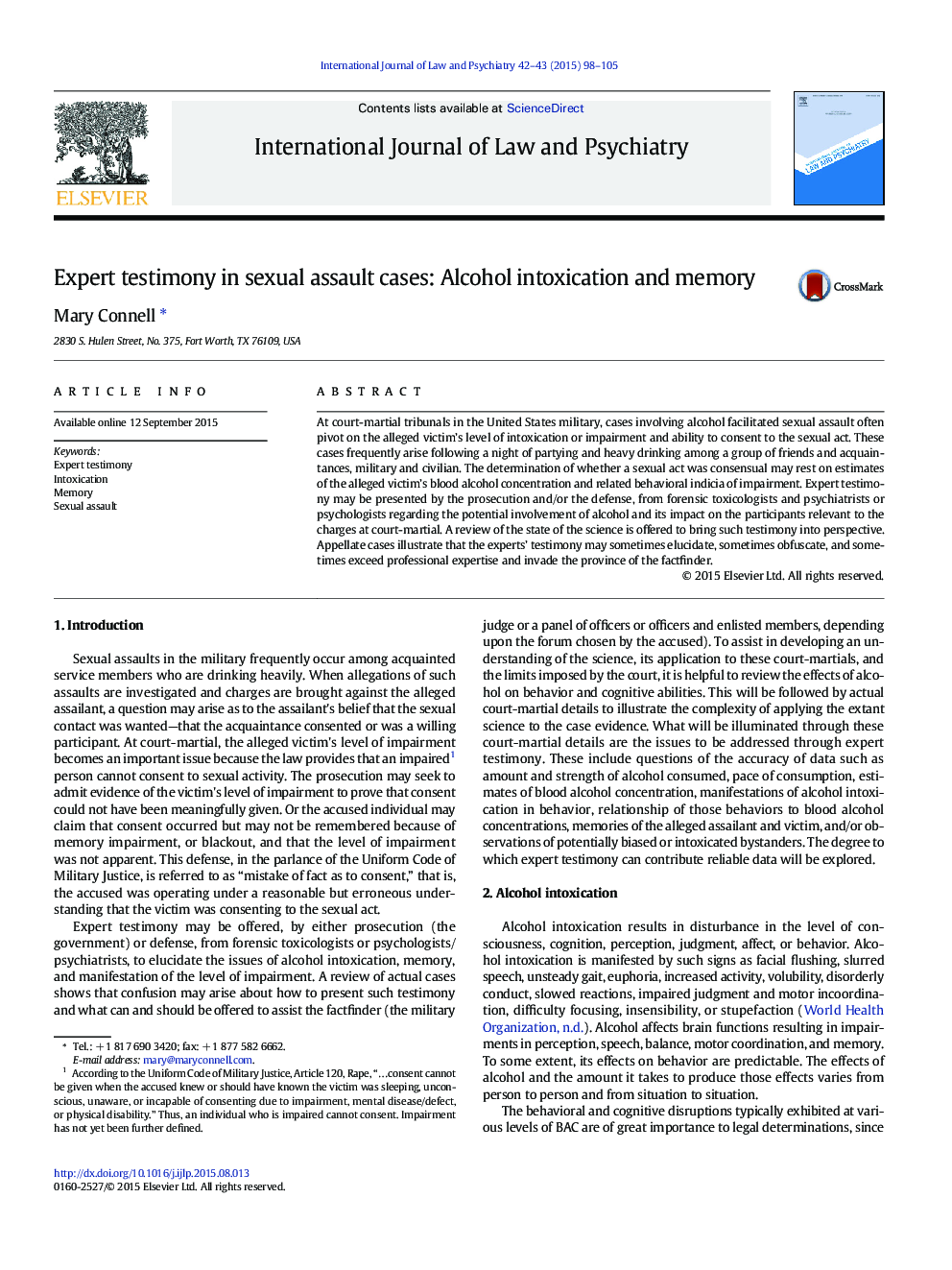 At court-martial tribunals in the United States military, cases involving alcohol facilitated sexual assault often pivot on the alleged victim’s level of intoxication or impairment and ability to consent to the sexual act. These cases frequently arise following a night of partying and heavy drinking among a group of friends and acquaintances, military and civilian. The determination of whether a sexual act was consensual may rest on estimates of the alleged victim’s blood alcohol concentration and related behavioral indicia of impairment. Expert testimony may be presented by the prosecution and/or the defense, from forensic toxicologists and psychiatrists or psychologists regarding the potential involvement of alcohol and its impact on the participants relevant to the charges at court-martial. A review of the state of the science is offered to bring such testimony into perspective. Appellate cases illustrate that the experts’ testimony may sometimes elucidate, sometimes obfuscate, and sometimes exceed professional expertise and invade the province of the factfinder.