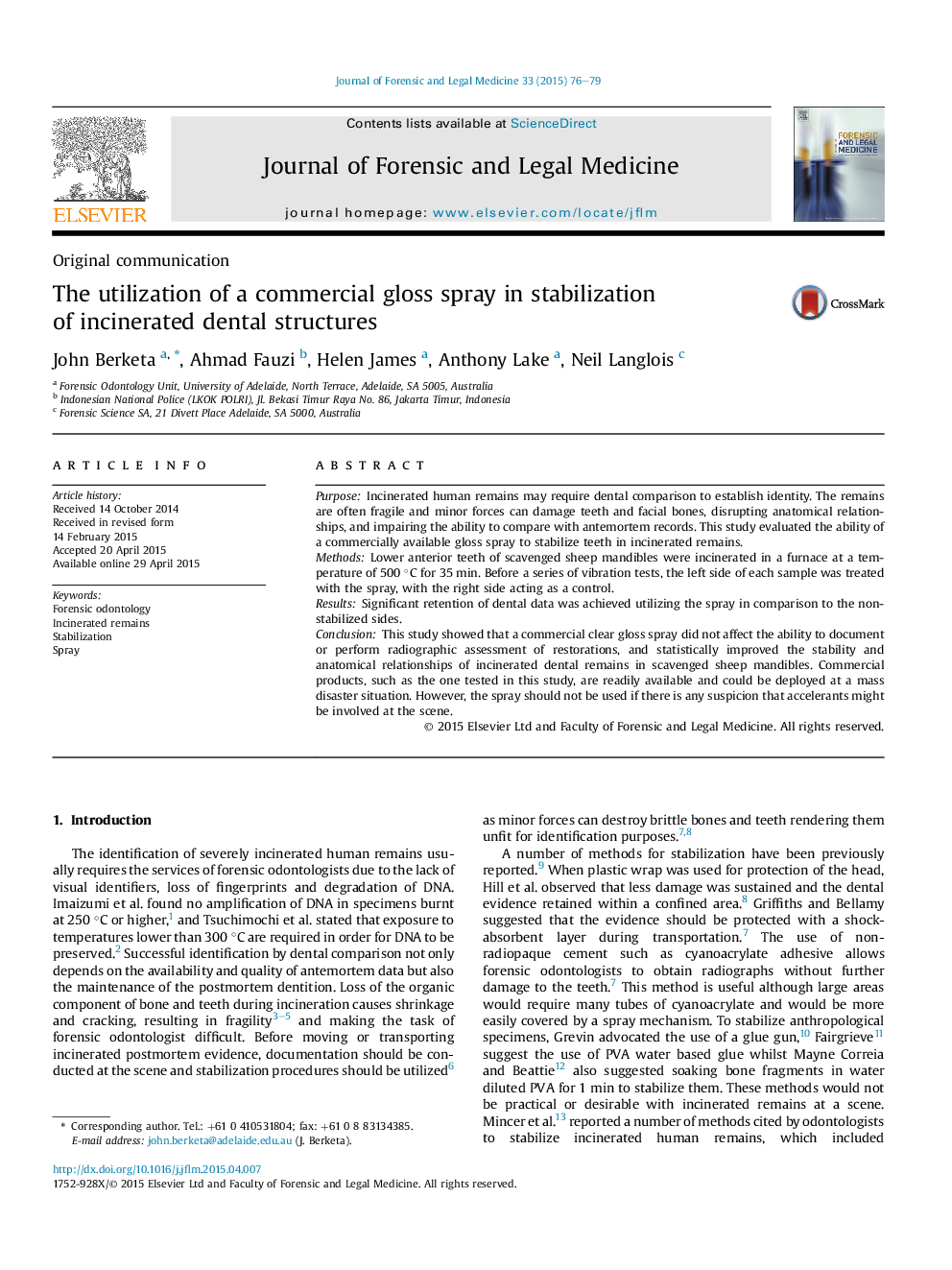 • Sheep mandibles were incinerated and tested for stabilization.
• One half of the mandible was sprayed with clear gloss enamel then both sides vibrated.
• Clear enamel gloss spray increases stability of incinerated dental remains in sheep.
• Volatile sprays should not be used if accelerants might be involved at the scene.

PurposeIncinerated human remains may require dental comparison to establish identity. The remains are often fragile and minor forces can damage teeth and facial bones, disrupting anatomical relationships, and impairing the ability to compare with antemortem records. This study evaluated the ability of a commercially available gloss spray to stabilize teeth in incinerated remains.MethodsLower anterior teeth of scavenged sheep mandibles were incinerated in a furnace at a temperature of 500 °C for 35 min. Before a series of vibration tests, the left side of each sample was treated with the spray, with the right side acting as a control.ResultsSignificant retention of dental data was achieved utilizing the spray in comparison to the non-stabilized sides.ConclusionThis study showed that a commercial clear gloss spray did not affect the ability to document or perform radiographic assessment of restorations, and statistically improved the stability and anatomical relationships of incinerated dental remains in scavenged sheep mandibles. Commercial products, such as the one tested in this study, are readily available and could be deployed at a mass disaster situation. However, the spray should not be used if there is any suspicion that accelerants might be involved at the scene.