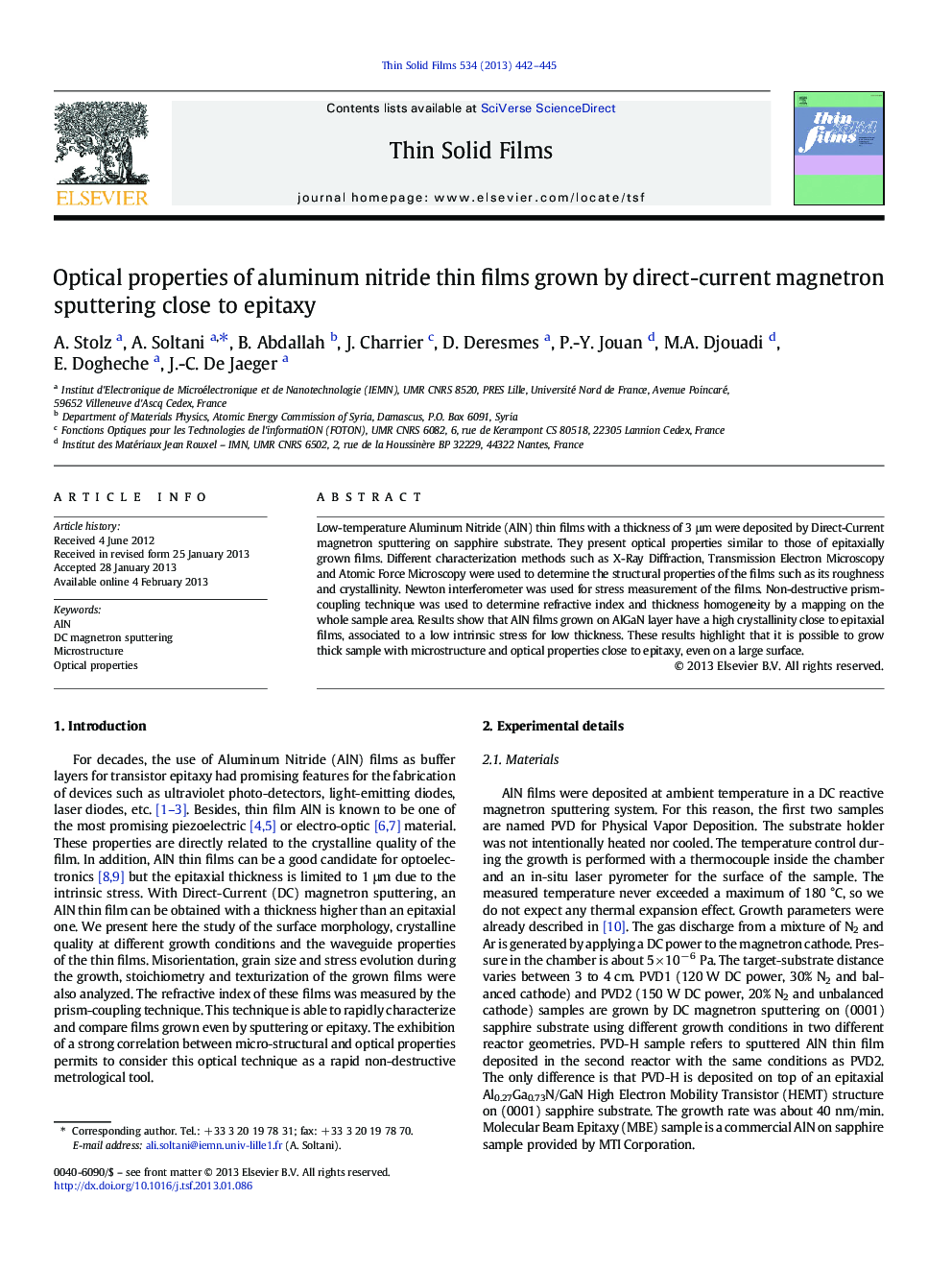 Low-temperature Aluminum Nitride (AlN) thin films with a thickness of 3 μm were deposited by Direct-Current magnetron sputtering on sapphire substrate. They present optical properties similar to those of epitaxially grown films. Different characterization methods such as X-Ray Diffraction, Transmission Electron Microscopy and Atomic Force Microscopy were used to determine the structural properties of the films such as its roughness and crystallinity. Newton interferometer was used for stress measurement of the films. Non-destructive prism-coupling technique was used to determine refractive index and thickness homogeneity by a mapping on the whole sample area. Results show that AlN films grown on AlGaN layer have a high crystallinity close to epitaxial films, associated to a low intrinsic stress for low thickness. These results highlight that it is possible to grow thick sample with microstructure and optical properties close to epitaxy, even on a large surface.