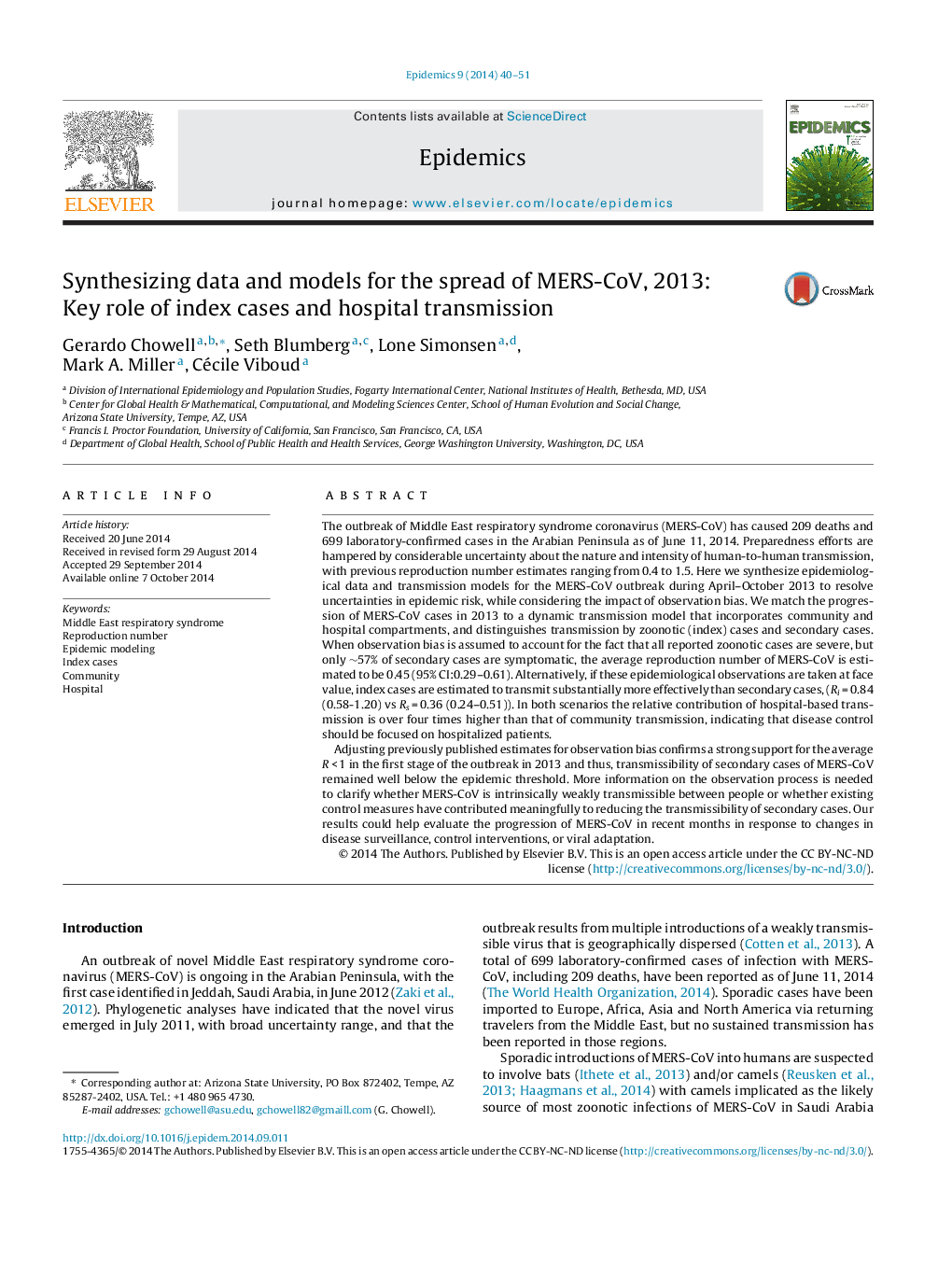 The outbreak of Middle East respiratory syndrome coronavirus (MERS-CoV) has caused 209 deaths and 699 laboratory-confirmed cases in the Arabian Peninsula as of June 11, 2014. Preparedness efforts are hampered by considerable uncertainty about the nature and intensity of human-to-human transmission, with previous reproduction number estimates ranging from 0.4 to 1.5. Here we synthesize epidemiological data and transmission models for the MERS-CoV outbreak during April–October 2013 to resolve uncertainties in epidemic risk, while considering the impact of observation bias. We match the progression of MERS-CoV cases in 2013 to a dynamic transmission model that incorporates community and hospital compartments, and distinguishes transmission by zoonotic (index) cases and secondary cases. When observation bias is assumed to account for the fact that all reported zoonotic cases are severe, but only ∼57% of secondary cases are symptomatic, the average reproduction number of MERS-CoV is estimated to be 0.45 (95% CI:0.29–0.61). Alternatively, if these epidemiological observations are taken at face value, index cases are estimated to transmit substantially more effectively than secondary cases, (Ri = 0.84 (0.58-1.20) vs Rs = 0.36 (0.24–0.51)). In both scenarios the relative contribution of hospital-based transmission is over four times higher than that of community transmission, indicating that disease control should be focused on hospitalized patients.Adjusting previously published estimates for observation bias confirms a strong support for the average R < 1 in the first stage of the outbreak in 2013 and thus, transmissibility of secondary cases of MERS-CoV remained well below the epidemic threshold. More information on the observation process is needed to clarify whether MERS-CoV is intrinsically weakly transmissible between people or whether existing control measures have contributed meaningfully to reducing the transmissibility of secondary cases. Our results could help evaluate the progression of MERS-CoV in recent months in response to changes in disease surveillance, control interventions, or viral adaptation.