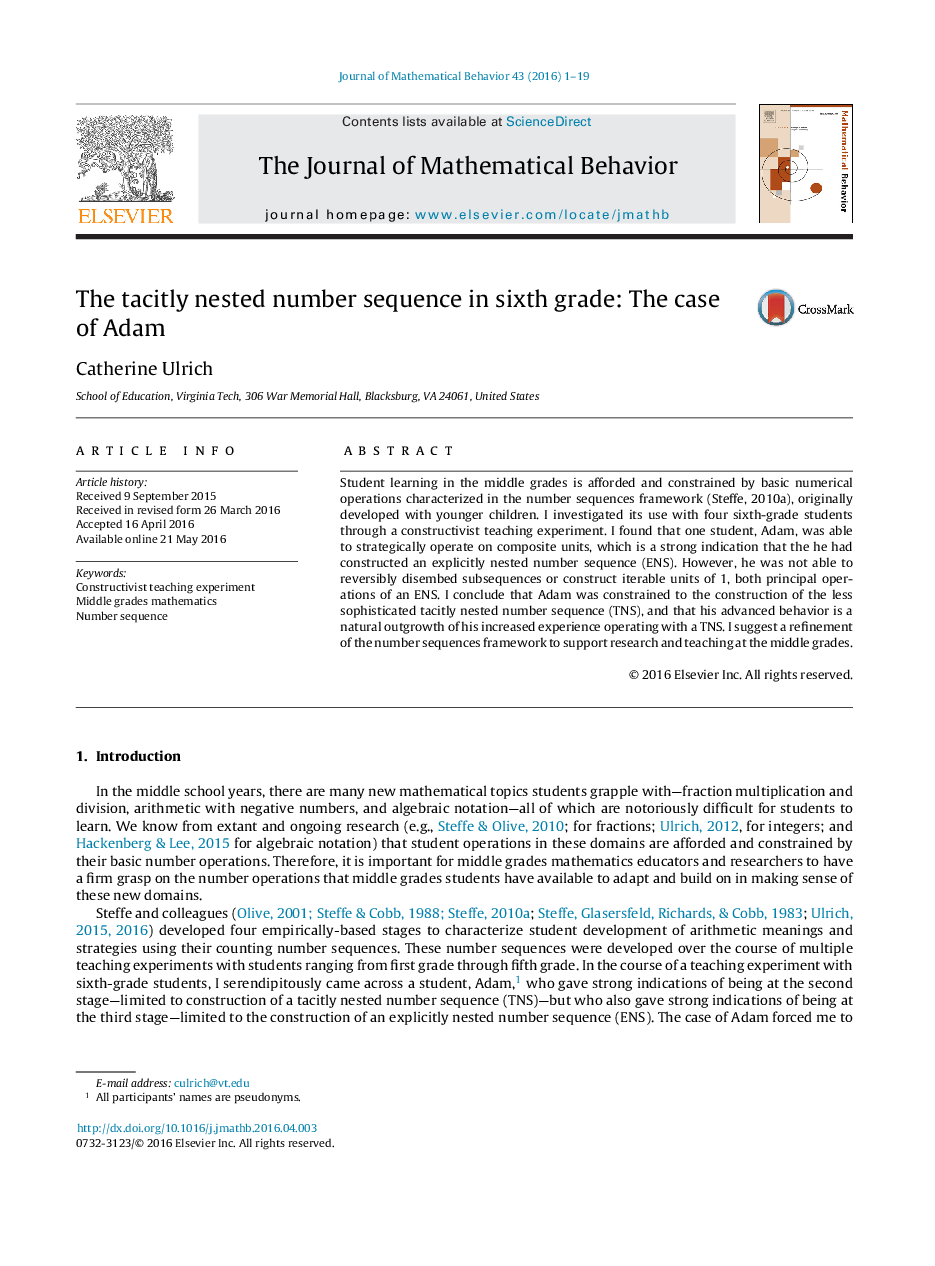 Student learning in the middle grades is afforded and constrained by basic numerical operations characterized in the number sequences framework (Steffe, 2010a), originally developed with younger children. I investigated its use with four sixth-grade students through a constructivist teaching experiment. I found that one student, Adam, was able to strategically operate on composite units, which is a strong indication that the he had constructed an explicitly nested number sequence (ENS). However, he was not able to reversibly disembed subsequences or construct iterable units of 1, both principal operations of an ENS. I conclude that Adam was constrained to the construction of the less sophisticated tacitly nested number sequence (TNS), and that his advanced behavior is a natural outgrowth of his increased experience operating with a TNS. I suggest a refinement of the number sequences framework to support research and teaching at the middle grades.