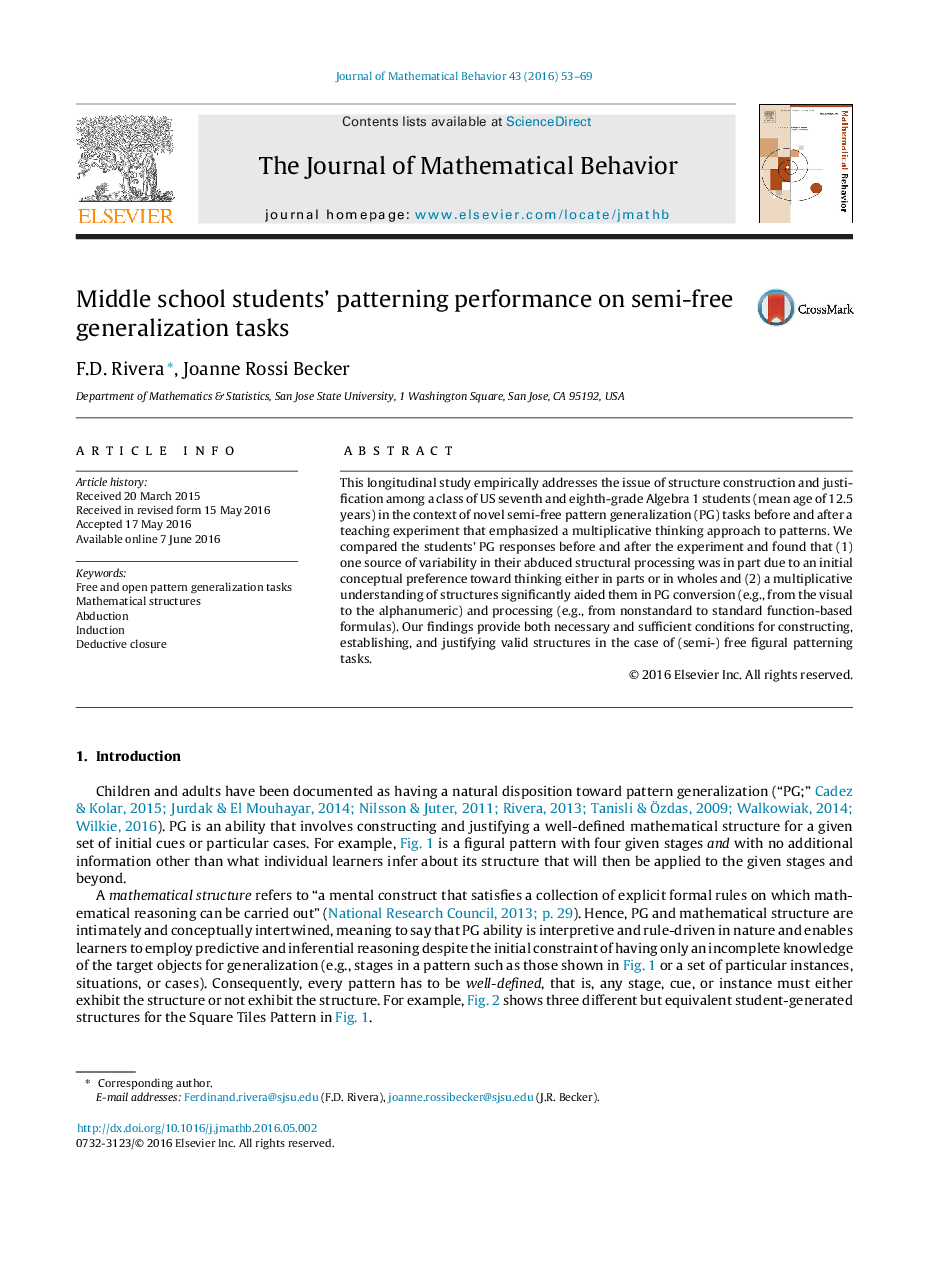 • We compared the performances of two cohorts of Algebra 1 students in the same class on (semi-) free patterning tasks.
• Before the experiment, about 69.5% of the correct responses in both cohorts favored part-driven over whole stage-driven structures. After the experiment, about 70.5% of the correct responses continued to reflect part-driven structures.
• Before the experiment, correct responses from the expert cohort reflected more standard contracted multiplicative formulas than the ones produced by the novice cohort. After the experiment, however, both cohorts produced about the same percentage of correct standard contracted multiplicative formulas.
• Students’ abductive processing was driven by their preference toward seeing and constructing mostly linear growth patterns that generally had at most two dimensions or figural units.
• A multiplicative thinking disposition toward constructing and justifying mathematical structures appears to be a necessary condition in PG conversion and processing.

This longitudinal study empirically addresses the issue of structure construction and justification among a class of US seventh and eighth-grade Algebra 1 students (mean age of 12.5 years) in the context of novel semi-free pattern generalization (PG) tasks before and after a teaching experiment that emphasized a multiplicative thinking approach to patterns. We compared the students’ PG responses before and after the experiment and found that (1) one source of variability in their abduced structural processing was in part due to an initial conceptual preference toward thinking either in parts or in wholes and (2) a multiplicative understanding of structures significantly aided them in PG conversion (e.g., from the visual to the alphanumeric) and processing (e.g., from nonstandard to standard function-based formulas). Our findings provide both necessary and sufficient conditions for constructing, establishing, and justifying valid structures in the case of (semi-) free figural patterning tasks.