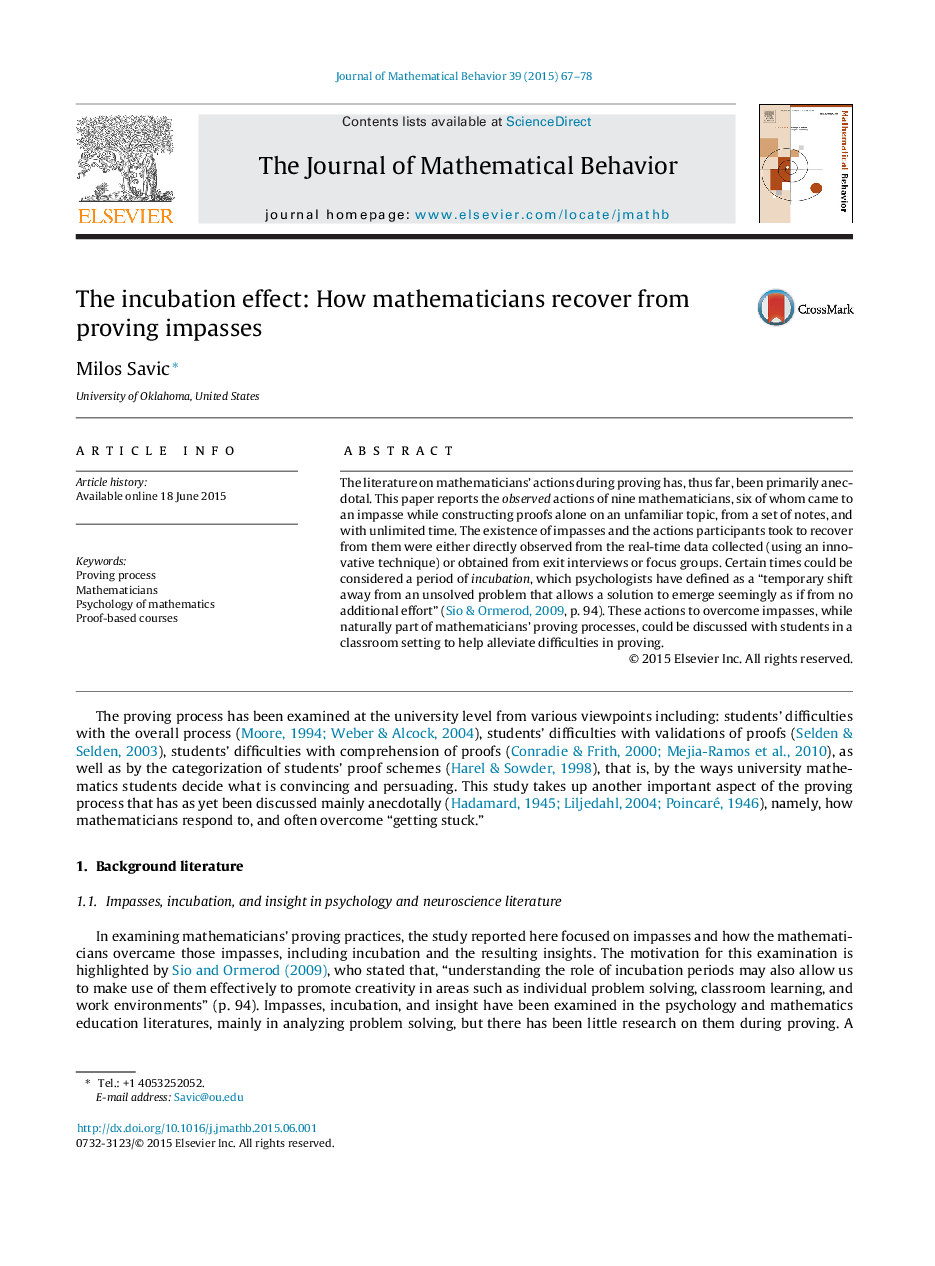 The literature on mathematicians’ actions during proving has, thus far, been primarily anecdotal. This paper reports the observed actions of nine mathematicians, six of whom came to an impasse while constructing proofs alone on an unfamiliar topic, from a set of notes, and with unlimited time. The existence of impasses and the actions participants took to recover from them were either directly observed from the real-time data collected (using an innovative technique) or obtained from exit interviews or focus groups. Certain times could be considered a period of incubation, which psychologists have defined as a “temporary shift away from an unsolved problem that allows a solution to emerge seemingly as if from no additional effort” ( Sio & Ormerod, 2009, p. 94). These actions to overcome impasses, while naturally part of mathematicians’ proving processes, could be discussed with students in a classroom setting to help alleviate difficulties in proving.