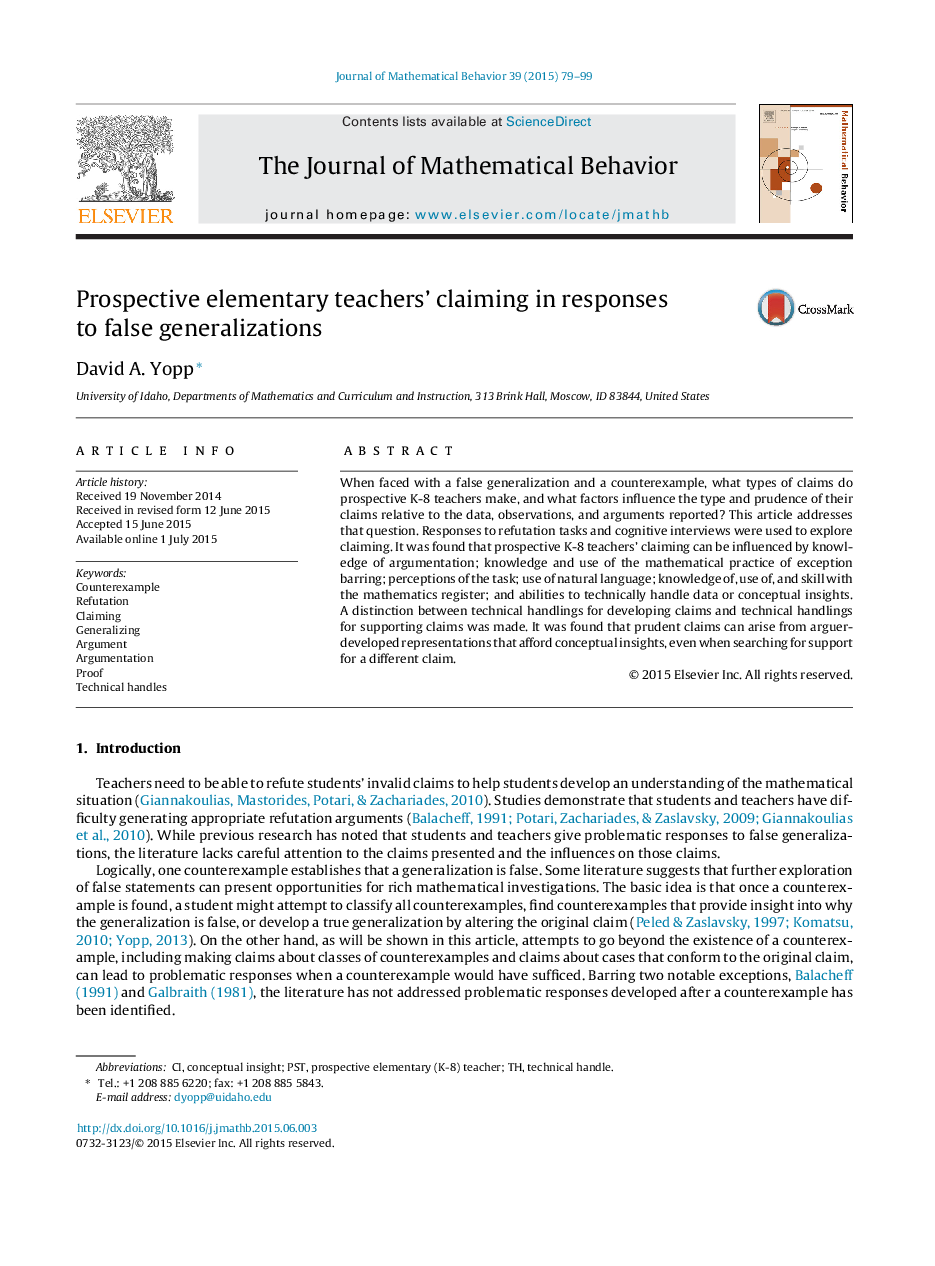 When faced with a false generalization and a counterexample, what types of claims do prospective K-8 teachers make, and what factors influence the type and prudence of their claims relative to the data, observations, and arguments reported? This article addresses that question. Responses to refutation tasks and cognitive interviews were used to explore claiming. It was found that prospective K-8 teachers’ claiming can be influenced by knowledge of argumentation; knowledge and use of the mathematical practice of exception barring; perceptions of the task; use of natural language; knowledge of, use of, and skill with the mathematics register; and abilities to technically handle data or conceptual insights. A distinction between technical handlings for developing claims and technical handlings for supporting claims was made. It was found that prudent claims can arise from arguer-developed representations that afford conceptual insights, even when searching for support for a different claim.