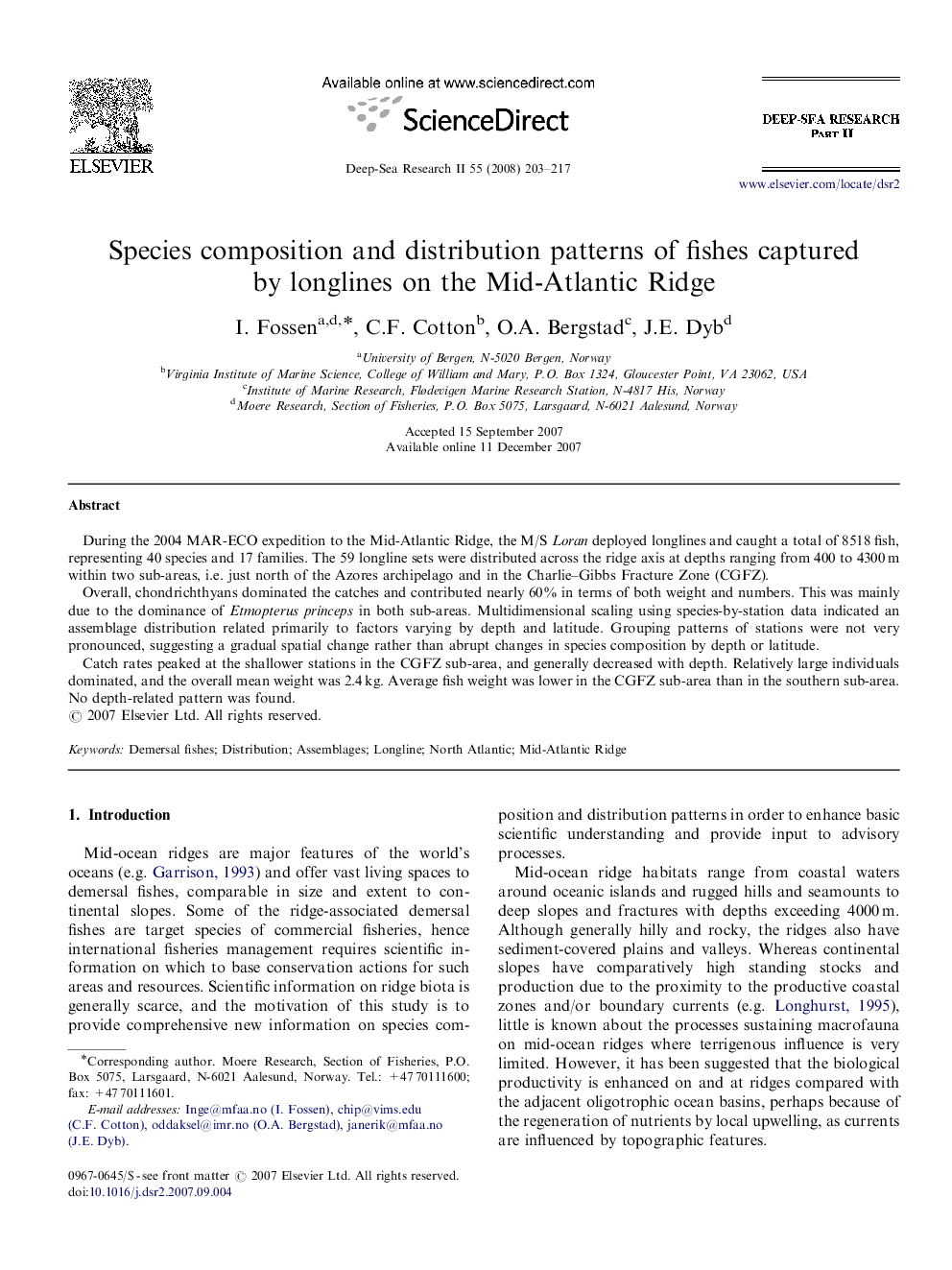 During the 2004 MAR-ECO expedition to the Mid-Atlantic Ridge, the M/S Loran deployed longlines and caught a total of 8518 fish, representing 40 species and 17 families. The 59 longline sets were distributed across the ridge axis at depths ranging from 400 to 4300 m within two sub-areas, i.e. just north of the Azores archipelago and in the Charlie–Gibbs Fracture Zone (CGFZ).Overall, chondrichthyans dominated the catches and contributed nearly 60% in terms of both weight and numbers. This was mainly due to the dominance of Etmopterus princeps in both sub-areas. Multidimensional scaling using species-by-station data indicated an assemblage distribution related primarily to factors varying by depth and latitude. Grouping patterns of stations were not very pronounced, suggesting a gradual spatial change rather than abrupt changes in species composition by depth or latitude.Catch rates peaked at the shallower stations in the CGFZ sub-area, and generally decreased with depth. Relatively large individuals dominated, and the overall mean weight was 2.4 kg. Average fish weight was lower in the CGFZ sub-area than in the southern sub-area. No depth-related pattern was found.