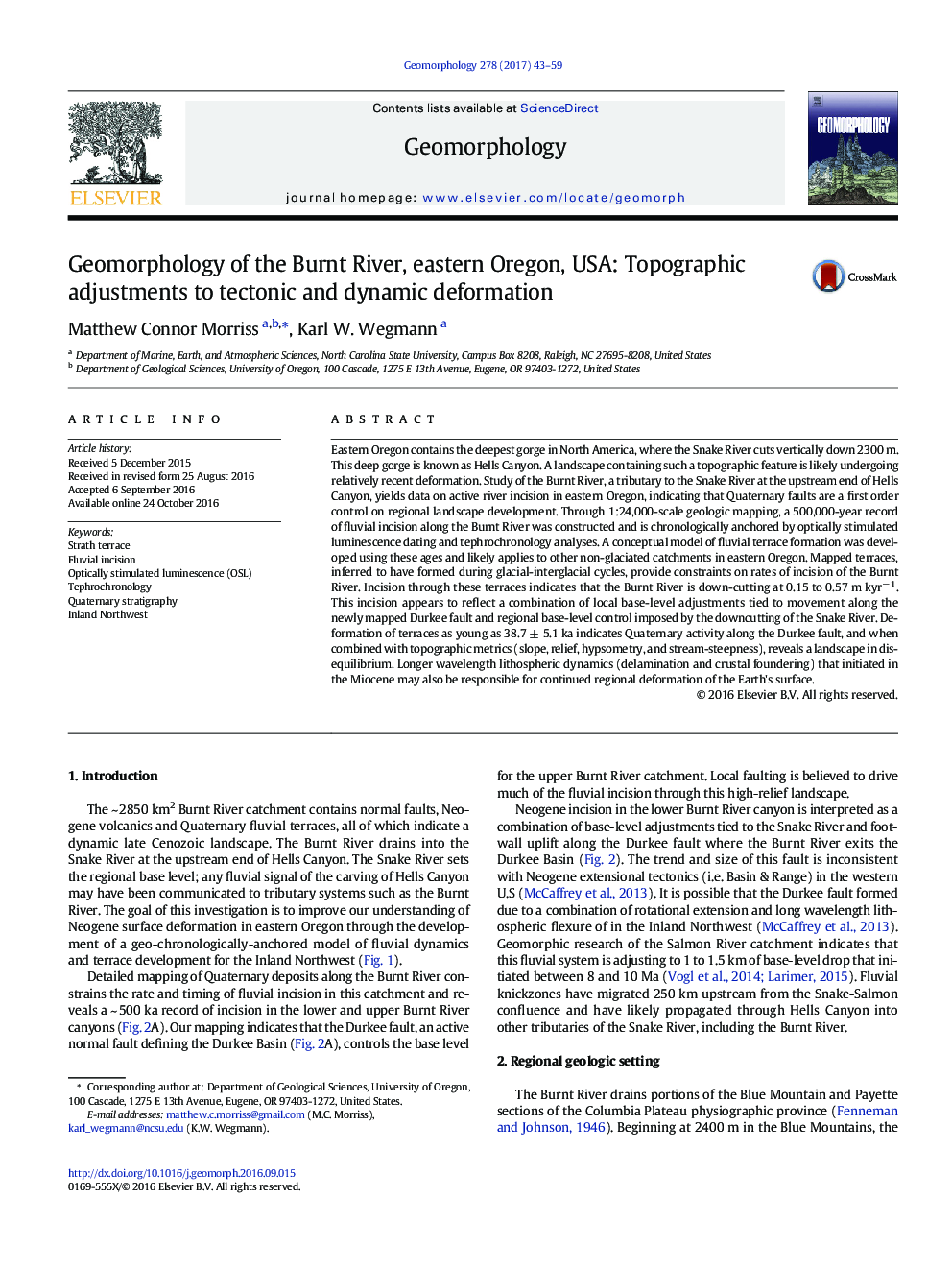 Eastern Oregon contains the deepest gorge in North America, where the Snake River cuts vertically down 2300 m. This deep gorge is known as Hells Canyon. A landscape containing such a topographic feature is likely undergoing relatively recent deformation. Study of the Burnt River, a tributary to the Snake River at the upstream end of Hells Canyon, yields data on active river incision in eastern Oregon, indicating that Quaternary faults are a first order control on regional landscape development. Through 1:24,000-scale geologic mapping, a 500,000-year record of fluvial incision along the Burnt River was constructed and is chronologically anchored by optically stimulated luminescence dating and tephrochronology analyses. A conceptual model of fluvial terrace formation was developed using these ages and likely applies to other non-glaciated catchments in eastern Oregon. Mapped terraces, inferred to have formed during glacial-interglacial cycles, provide constraints on rates of incision of the Burnt River. Incision through these terraces indicates that the Burnt River is down-cutting at 0.15 to 0.57 m kyr− 1. This incision appears to reflect a combination of local base-level adjustments tied to movement along the newly mapped Durkee fault and regional base-level control imposed by the downcutting of the Snake River. Deformation of terraces as young as 38.7 ± 5.1 ka indicates Quaternary activity along the Durkee fault, and when combined with topographic metrics (slope, relief, hypsometry, and stream-steepness), reveals a landscape in disequilibrium. Longer wavelength lithospheric dynamics (delamination and crustal foundering) that initiated in the Miocene may also be responsible for continued regional deformation of the Earth's surface.