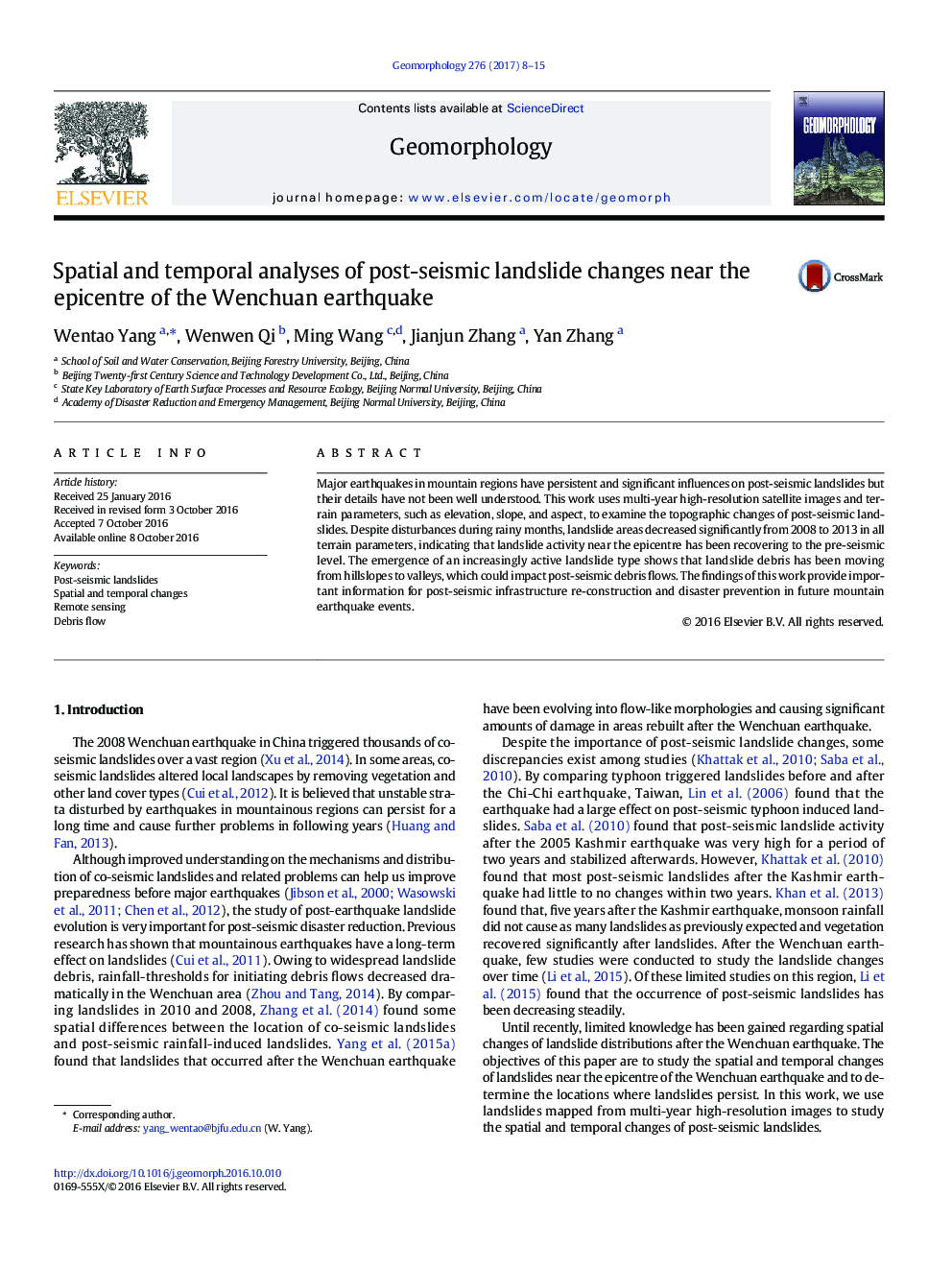 Major earthquakes in mountain regions have persistent and significant influences on post-seismic landslides but their details have not been well understood. This work uses multi-year high-resolution satellite images and terrain parameters, such as elevation, slope, and aspect, to examine the topographic changes of post-seismic landslides. Despite disturbances during rainy months, landslide areas decreased significantly from 2008 to 2013 in all terrain parameters, indicating that landslide activity near the epicentre has been recovering to the pre-seismic level. The emergence of an increasingly active landslide type shows that landslide debris has been moving from hillslopes to valleys, which could impact post-seismic debris flows. The findings of this work provide important information for post-seismic infrastructure re-construction and disaster prevention in future mountain earthquake events.