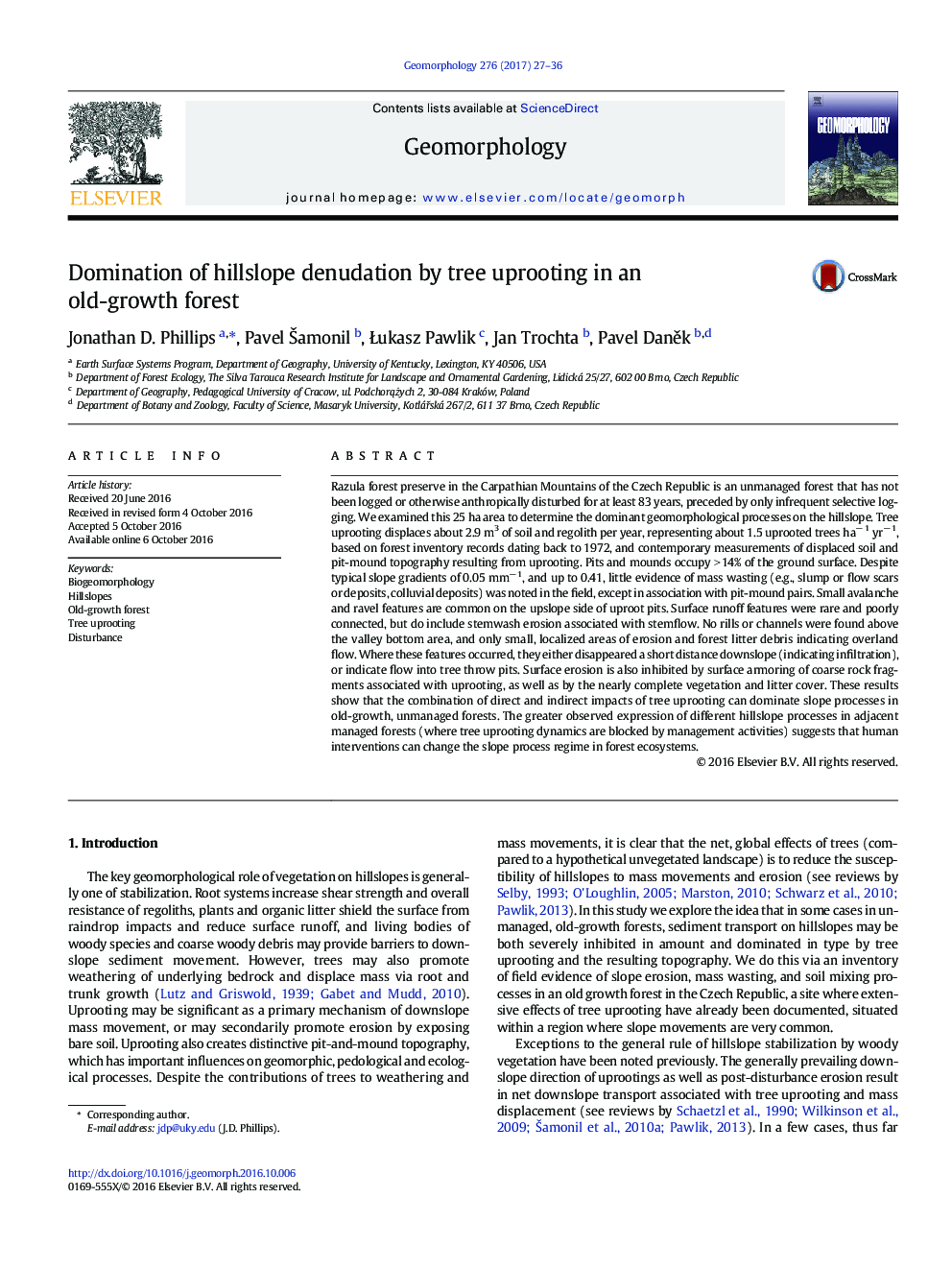 Razula forest preserve in the Carpathian Mountains of the Czech Republic is an unmanaged forest that has not been logged or otherwise anthropically disturbed for at least 83 years, preceded by only infrequent selective logging. We examined this 25 ha area to determine the dominant geomorphological processes on the hillslope. Tree uprooting displaces about 2.9 m3 of soil and regolith per year, representing about 1.5 uprooted trees ha− 1 yr− 1, based on forest inventory records dating back to 1972, and contemporary measurements of displaced soil and pit-mound topography resulting from uprooting. Pits and mounds occupy > 14% of the ground surface. Despite typical slope gradients of 0.05 mm− 1, and up to 0.41, little evidence of mass wasting (e.g., slump or flow scars or deposits, colluvial deposits) was noted in the field, except in association with pit-mound pairs. Small avalanche and ravel features are common on the upslope side of uproot pits. Surface runoff features were rare and poorly connected, but do include stemwash erosion associated with stemflow. No rills or channels were found above the valley bottom area, and only small, localized areas of erosion and forest litter debris indicating overland flow. Where these features occurred, they either disappeared a short distance downslope (indicating infiltration), or indicate flow into tree throw pits. Surface erosion is also inhibited by surface armoring of coarse rock fragments associated with uprooting, as well as by the nearly complete vegetation and litter cover. These results show that the combination of direct and indirect impacts of tree uprooting can dominate slope processes in old-growth, unmanaged forests. The greater observed expression of different hillslope processes in adjacent managed forests (where tree uprooting dynamics are blocked by management activities) suggests that human interventions can change the slope process regime in forest ecosystems.