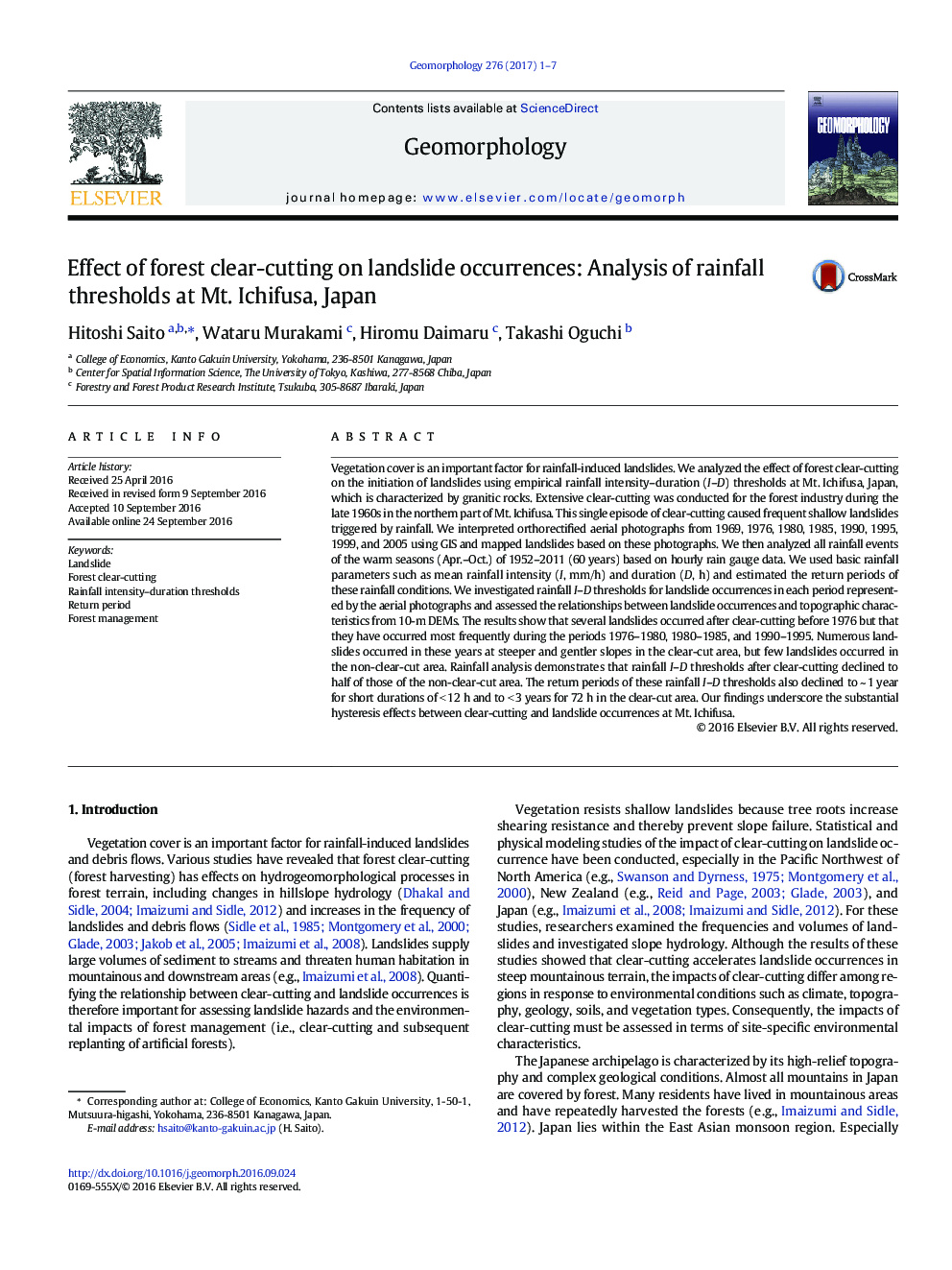 Vegetation cover is an important factor for rainfall-induced landslides. We analyzed the effect of forest clear-cutting on the initiation of landslides using empirical rainfall intensity–duration (I–D) thresholds at Mt. Ichifusa, Japan, which is characterized by granitic rocks. Extensive clear-cutting was conducted for the forest industry during the late 1960s in the northern part of Mt. Ichifusa. This single episode of clear-cutting caused frequent shallow landslides triggered by rainfall. We interpreted orthorectified aerial photographs from 1969, 1976, 1980, 1985, 1990, 1995, 1999, and 2005 using GIS and mapped landslides based on these photographs. We then analyzed all rainfall events of the warm seasons (Apr.–Oct.) of 1952–2011 (60 years) based on hourly rain gauge data. We used basic rainfall parameters such as mean rainfall intensity (I, mm/h) and duration (D, h) and estimated the return periods of these rainfall conditions. We investigated rainfall I–D thresholds for landslide occurrences in each period represented by the aerial photographs and assessed the relationships between landslide occurrences and topographic characteristics from 10-m DEMs. The results show that several landslides occurred after clear-cutting before 1976 but that they have occurred most frequently during the periods 1976–1980, 1980–1985, and 1990–1995. Numerous landslides occurred in these years at steeper and gentler slopes in the clear-cut area, but few landslides occurred in the non-clear-cut area. Rainfall analysis demonstrates that rainfall I–D thresholds after clear-cutting declined to half of those of the non-clear-cut area. The return periods of these rainfall I–D thresholds also declined to ~ 1 year for short durations of < 12 h and to < 3 years for 72 h in the clear-cut area. Our findings underscore the substantial hysteresis effects between clear-cutting and landslide occurrences at Mt. Ichifusa.