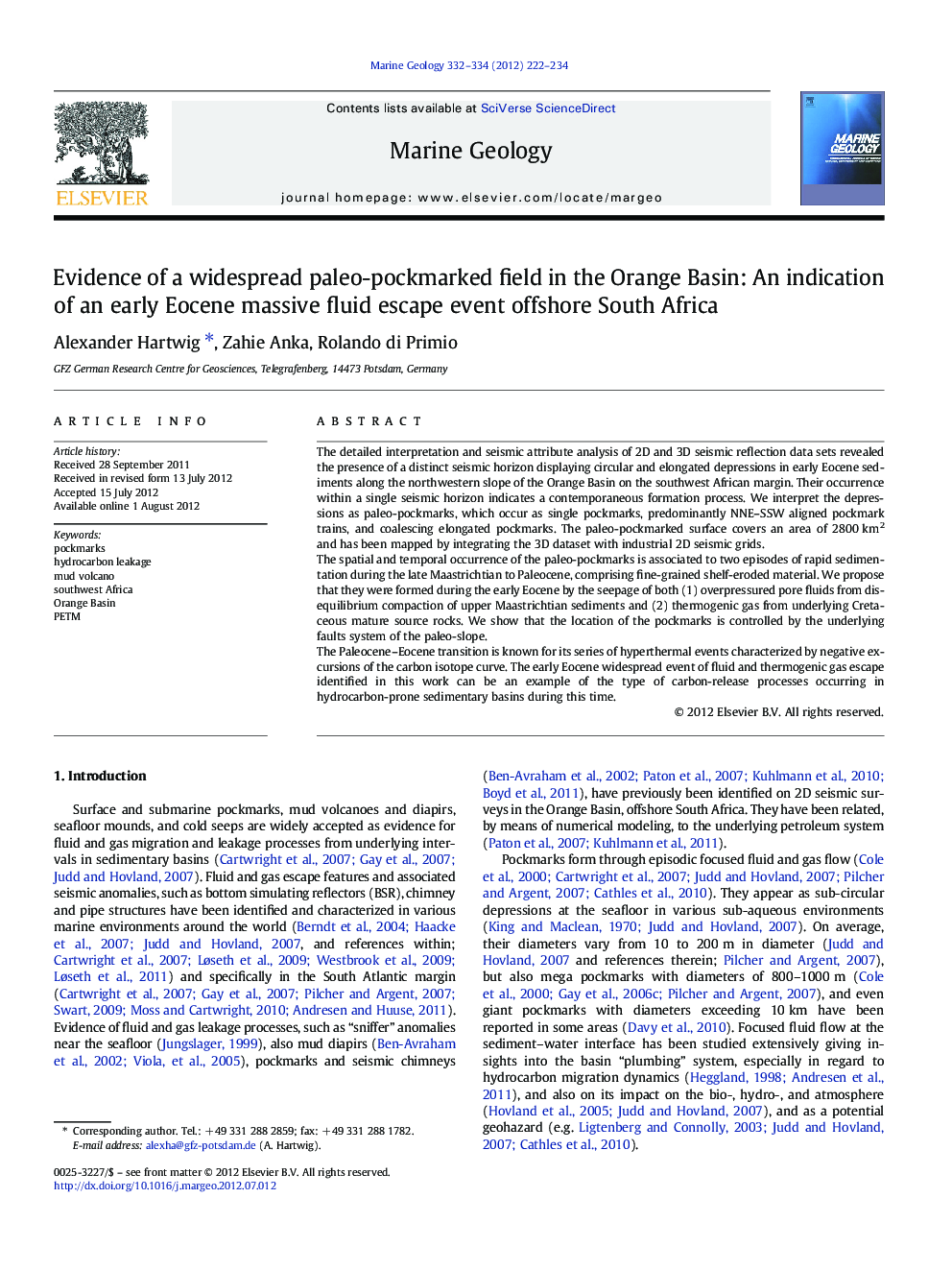 The detailed interpretation and seismic attribute analysis of 2D and 3D seismic reflection data sets revealed the presence of a distinct seismic horizon displaying circular and elongated depressions in early Eocene sediments along the northwestern slope of the Orange Basin on the southwest African margin. Their occurrence within a single seismic horizon indicates a contemporaneous formation process. We interpret the depressions as paleo-pockmarks, which occur as single pockmarks, predominantly NNE–SSW aligned pockmark trains, and coalescing elongated pockmarks. The paleo-pockmarked surface covers an area of 2800 km2 and has been mapped by integrating the 3D dataset with industrial 2D seismic grids.The spatial and temporal occurrence of the paleo-pockmarks is associated to two episodes of rapid sedimentation during the late Maastrichtian to Paleocene, comprising fine-grained shelf-eroded material. We propose that they were formed during the early Eocene by the seepage of both (1) overpressured pore fluids from disequilibrium compaction of upper Maastrichtian sediments and (2) thermogenic gas from underlying Cretaceous mature source rocks. We show that the location of the pockmarks is controlled by the underlying faults system of the paleo-slope.The Paleocene–Eocene transition is known for its series of hyperthermal events characterized by negative excursions of the carbon isotope curve. The early Eocene widespread event of fluid and thermogenic gas escape identified in this work can be an example of the type of carbon-release processes occurring in hydrocarbon-prone sedimentary basins during this time.

► First evidence of an early Eocene pockmark field in the Orange Basin in SW Africa.
► The paleo-pockmark field covers 2800 km2 along the slope.
► Pockmark location is controlled by faults.