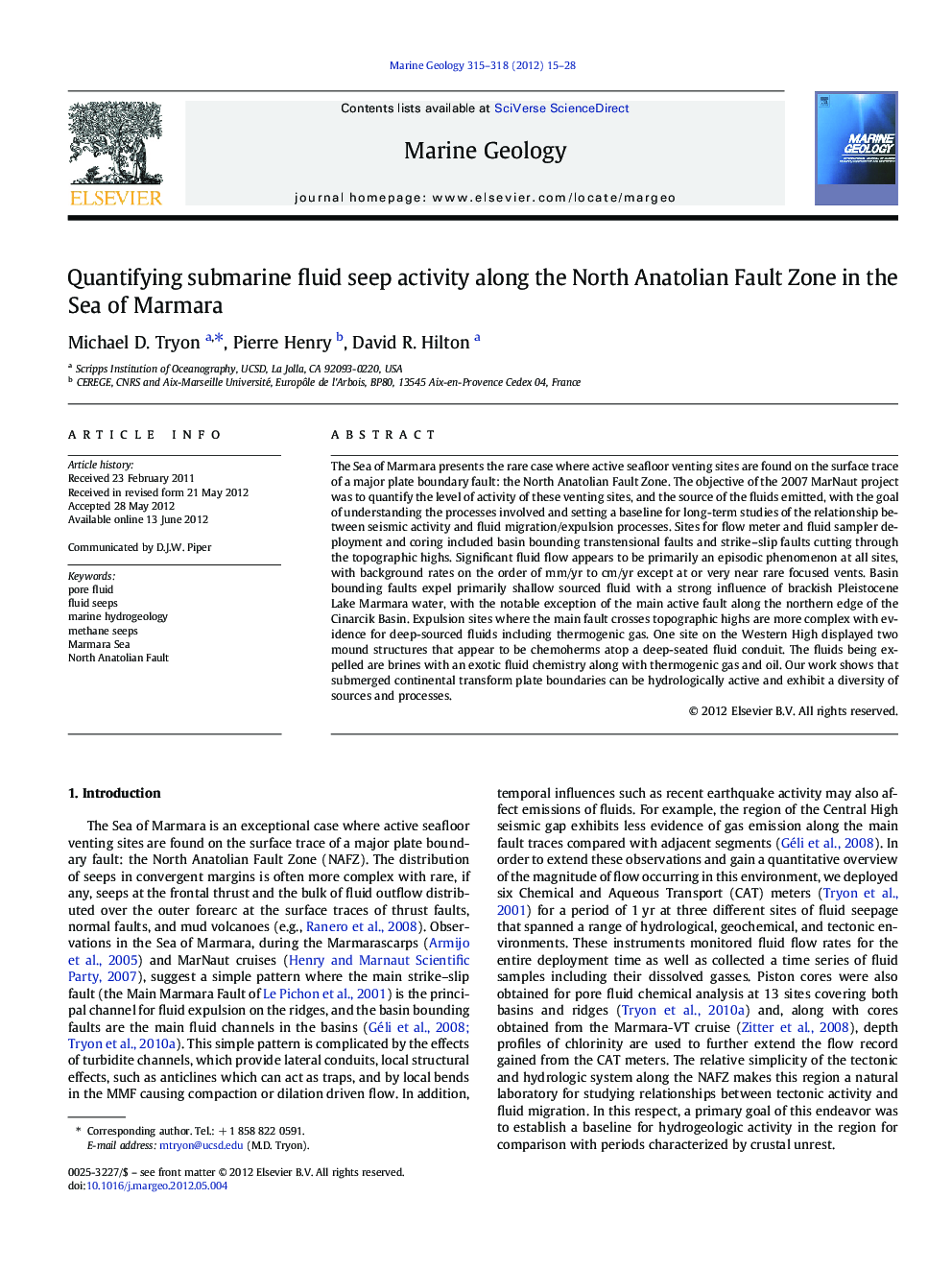 The Sea of Marmara presents the rare case where active seafloor venting sites are found on the surface trace of a major plate boundary fault: the North Anatolian Fault Zone. The objective of the 2007 MarNaut project was to quantify the level of activity of these venting sites, and the source of the fluids emitted, with the goal of understanding the processes involved and setting a baseline for long-term studies of the relationship between seismic activity and fluid migration/expulsion processes. Sites for flow meter and fluid sampler deployment and coring included basin bounding transtensional faults and strike–slip faults cutting through the topographic highs. Significant fluid flow appears to be primarily an episodic phenomenon at all sites, with background rates on the order of mm/yr to cm/yr except at or very near rare focused vents. Basin bounding faults expel primarily shallow sourced fluid with a strong influence of brackish Pleistocene Lake Marmara water, with the notable exception of the main active fault along the northern edge of the Cinarcik Basin. Expulsion sites where the main fault crosses topographic highs are more complex with evidence for deep-sourced fluids including thermogenic gas. One site on the Western High displayed two mound structures that appear to be chemoherms atop a deep-seated fluid conduit. The fluids being expelled are brines with an exotic fluid chemistry along with thermogenic gas and oil. Our work shows that submerged continental transform plate boundaries can be hydrologically active and exhibit a diversity of sources and processes.

► We investigate the hydrologic activity of the N. Anatolian Fault in the Marmara Sea.
► One site exhibited episodic flow of deep-sourced exotic brines.
► One site exhibited relatively high flow of brackish water and associated convection.
► No correlation between fluid flow and seismic events was observed.