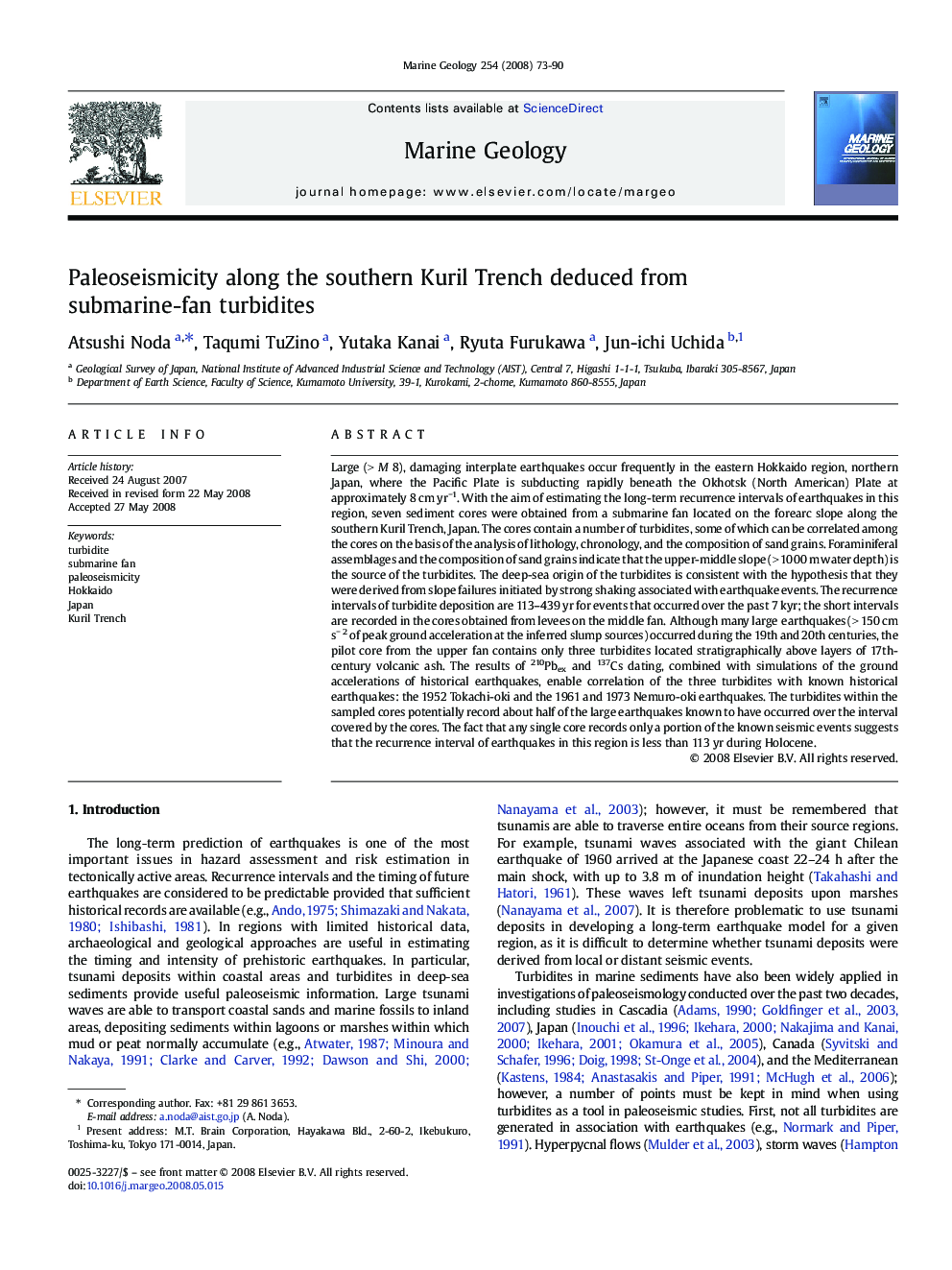 Large (> M 8), damaging interplate earthquakes occur frequently in the eastern Hokkaido region, northern Japan, where the Pacific Plate is subducting rapidly beneath the Okhotsk (North American) Plate at approximately 8 cm yr−1. With the aim of estimating the long-term recurrence intervals of earthquakes in this region, seven sediment cores were obtained from a submarine fan located on the forearc slope along the southern Kuril Trench, Japan. The cores contain a number of turbidites, some of which can be correlated among the cores on the basis of the analysis of lithology, chronology, and the composition of sand grains. Foraminiferal assemblages and the composition of sand grains indicate that the upper-middle slope (> 1000 m water depth) is the source of the turbidites. The deep-sea origin of the turbidites is consistent with the hypothesis that they were derived from slope failures initiated by strong shaking associated with earthquake events. The recurrence intervals of turbidite deposition are 113–439 yr for events that occurred over the past 7 kyr; the short intervals are recorded in the cores obtained from levees on the middle fan. Although many large earthquakes (> 150 cm s− 2 of peak ground acceleration at the inferred slump sources) occurred during the 19th and 20th centuries, the pilot core from the upper fan contains only three turbidites located stratigraphically above layers of 17th-century volcanic ash. The results of 210Pbex and 137Cs dating, combined with simulations of the ground accelerations of historical earthquakes, enable correlation of the three turbidites with known historical earthquakes: the 1952 Tokachi-oki and the 1961 and 1973 Nemuro-oki earthquakes. The turbidites within the sampled cores potentially record about half of the large earthquakes known to have occurred over the interval covered by the cores. The fact that any single core records only a portion of the known seismic events suggests that the recurrence interval of earthquakes in this region is less than 113 yr during Holocene.