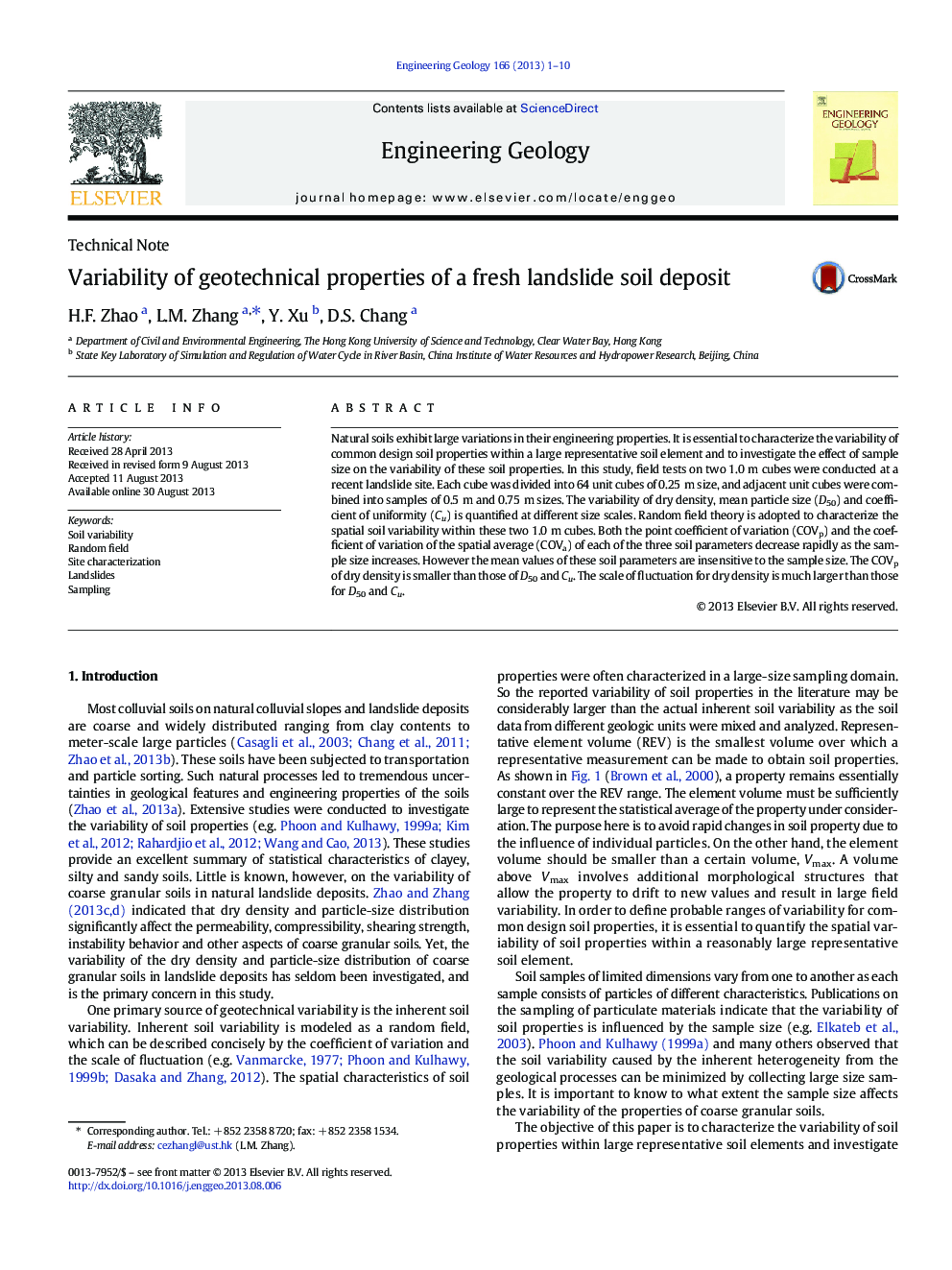 Natural soils exhibit large variations in their engineering properties. It is essential to characterize the variability of common design soil properties within a large representative soil element and to investigate the effect of sample size on the variability of these soil properties. In this study, field tests on two 1.0 m cubes were conducted at a recent landslide site. Each cube was divided into 64 unit cubes of 0.25 m size, and adjacent unit cubes were combined into samples of 0.5 m and 0.75 m sizes. The variability of dry density, mean particle size (D50) and coefficient of uniformity (Cu) is quantified at different size scales. Random field theory is adopted to characterize the spatial soil variability within these two 1.0 m cubes. Both the point coefficient of variation (COVp) and the coefficient of variation of the spatial average (COVa) of each of the three soil parameters decrease rapidly as the sample size increases. However the mean values of these soil parameters are insensitive to the sample size. The COVp of dry density is smaller than those of D50 and Cu. The scale of fluctuation for dry density is much larger than those for D50 and Cu.