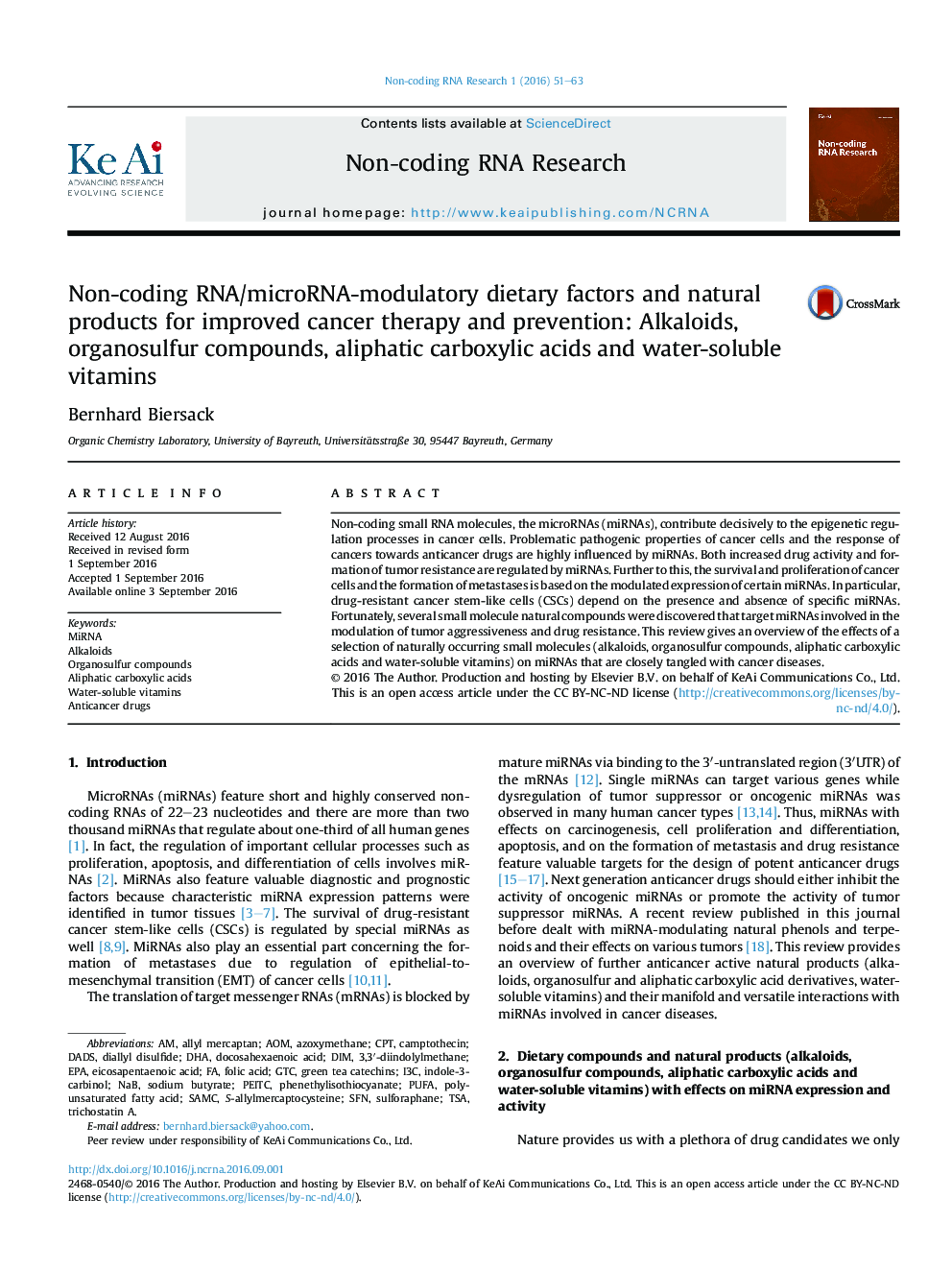 Non-coding small RNA molecules, the microRNAs (miRNAs), contribute decisively to the epigenetic regulation processes in cancer cells. Problematic pathogenic properties of cancer cells and the response of cancers towards anticancer drugs are highly influenced by miRNAs. Both increased drug activity and formation of tumor resistance are regulated by miRNAs. Further to this, the survival and proliferation of cancer cells and the formation of metastases is based on the modulated expression of certain miRNAs. In particular, drug-resistant cancer stem-like cells (CSCs) depend on the presence and absence of specific miRNAs. Fortunately, several small molecule natural compounds were discovered that target miRNAs involved in the modulation of tumor aggressiveness and drug resistance. This review gives an overview of the effects of a selection of naturally occurring small molecules (alkaloids, organosulfur compounds, aliphatic carboxylic acids and water-soluble vitamins) on miRNAs that are closely tangled with cancer diseases.