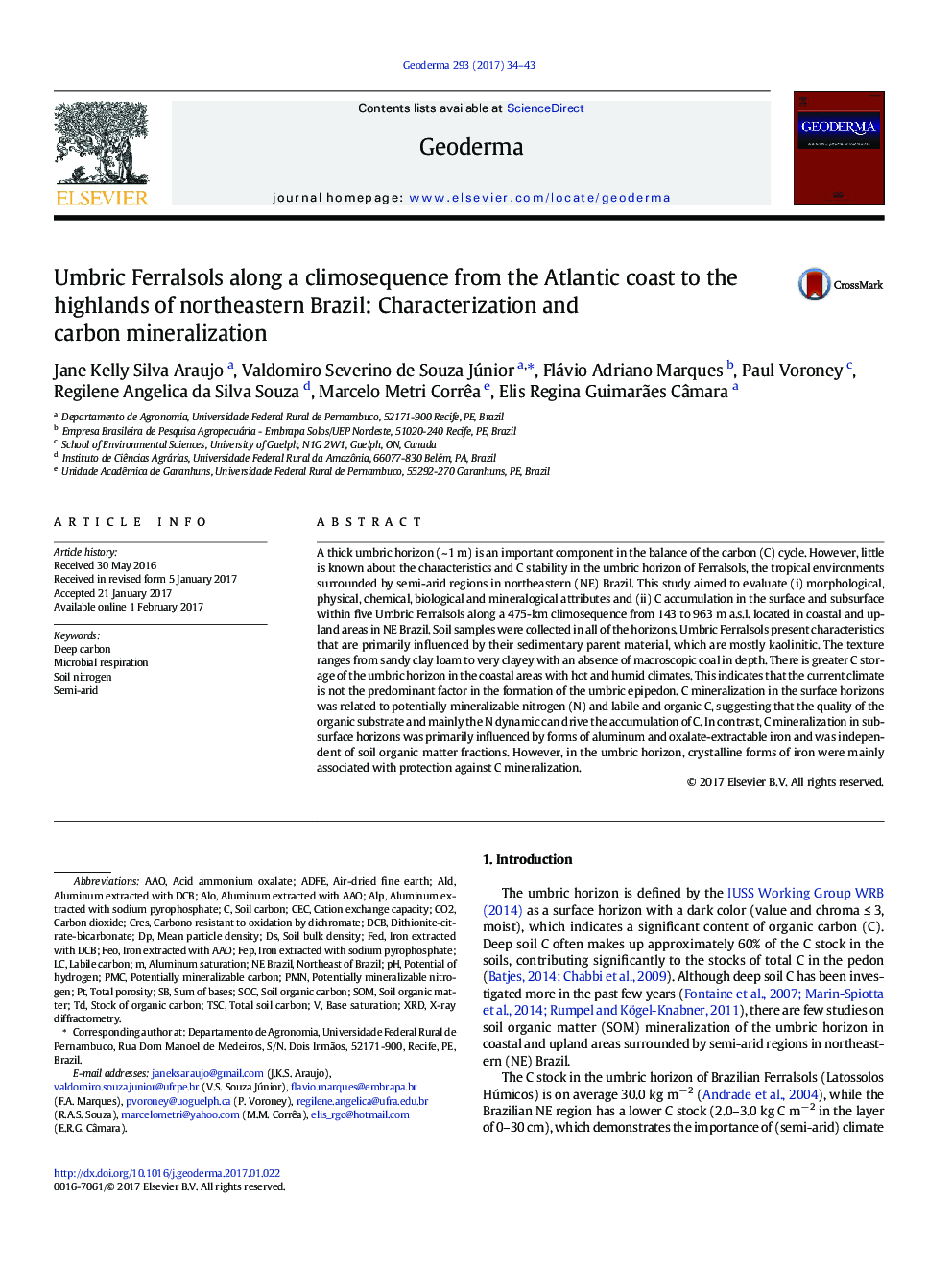 - Umbric Ferralsols and deep SOM were assessed in areas surrounded by semi-arid region.
- Carbon storage of umbric horizon was higher in coastal areas than in highlands.
- Carbon accumulation was more influenced by available N than by the current climate.

A thick umbric horizon (~Â 1Â m) is an important component in the balance of the carbon (C) cycle. However, little is known about the characteristics and C stability in the umbric horizon of Ferralsols, the tropical environments surrounded by semi-arid regions in northeastern (NE) Brazil. This study aimed to evaluate (i) morphological, physical, chemical, biological and mineralogical attributes and (ii) C accumulation in the surface and subsurface within five Umbric Ferralsols along a 475-km climosequence from 143 to 963Â m a.s.l. located in coastal and upland areas in NE Brazil. Soil samples were collected in all of the horizons. Umbric Ferralsols present characteristics that are primarily influenced by their sedimentary parent material, which are mostly kaolinitic. The texture ranges from sandy clay loam to very clayey with an absence of macroscopic coal in depth. There is greater C storage of the umbric horizon in the coastal areas with hot and humid climates. This indicates that the current climate is not the predominant factor in the formation of the umbric epipedon. C mineralization in the surface horizons was related to potentially mineralizable nitrogen (N) and labile and organic C, suggesting that the quality of the organic substrate and mainly the N dynamic can drive the accumulation of C. In contrast, C mineralization in subsurface horizons was primarily influenced by forms of aluminum and oxalate-extractable iron and was independent of soil organic matter fractions. However, in the umbric horizon, crystalline forms of iron were mainly associated with protection against C mineralization.