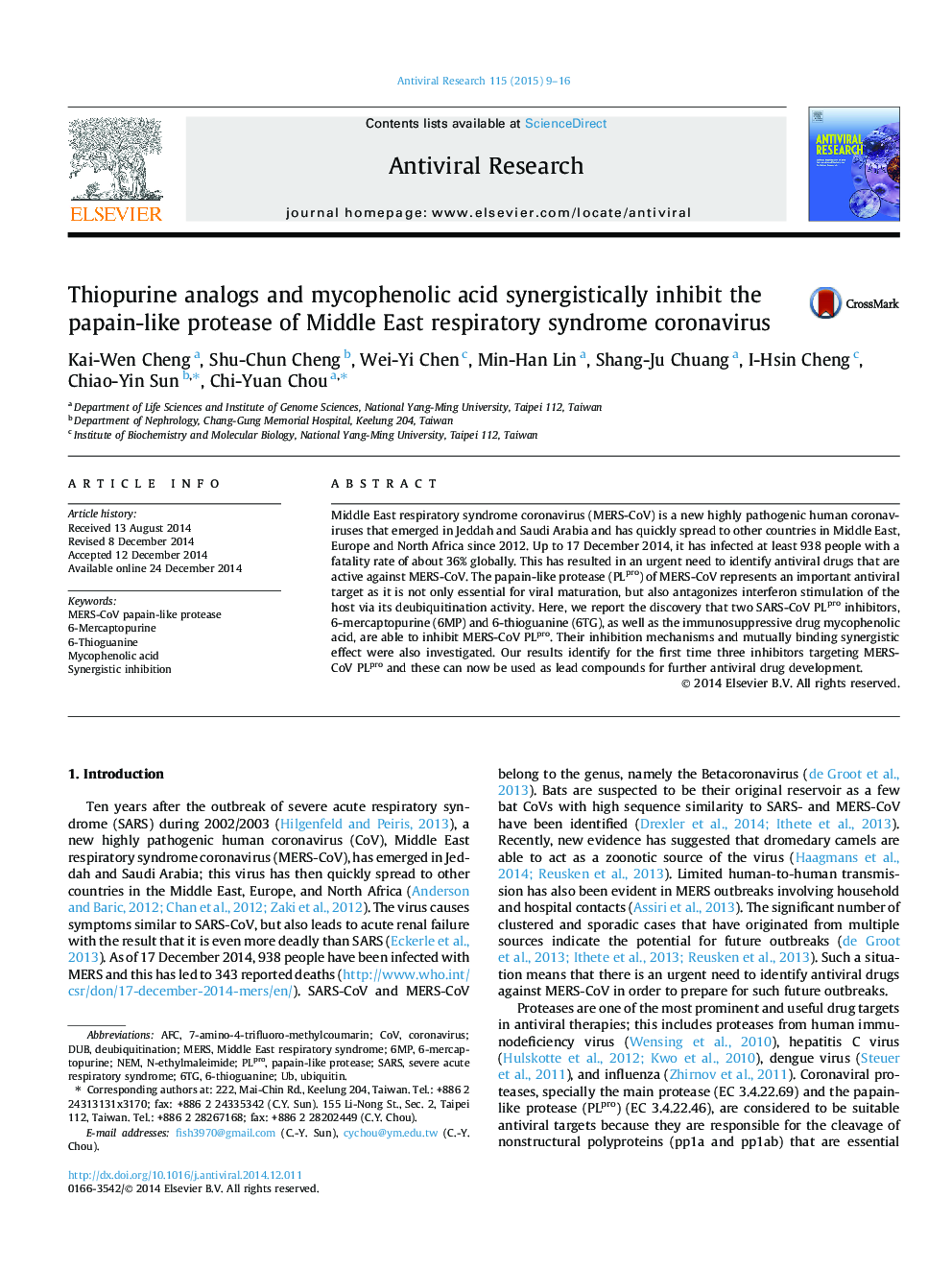 Middle East respiratory syndrome coronavirus (MERS-CoV) is a new highly pathogenic human coronaviruses that emerged in Jeddah and Saudi Arabia and has quickly spread to other countries in Middle East, Europe and North Africa since 2012. Up to 17 December 2014, it has infected at least 938 people with a fatality rate of about 36% globally. This has resulted in an urgent need to identify antiviral drugs that are active against MERS-CoV. The papain-like protease (PLpro) of MERS-CoV represents an important antiviral target as it is not only essential for viral maturation, but also antagonizes interferon stimulation of the host via its deubiquitination activity. Here, we report the discovery that two SARS-CoV PLpro inhibitors, 6-mercaptopurine (6MP) and 6-thioguanine (6TG), as well as the immunosuppressive drug mycophenolic acid, are able to inhibit MERS-CoV PLpro. Their inhibition mechanisms and mutually binding synergistic effect were also investigated. Our results identify for the first time three inhibitors targeting MERS-CoV PLpro and these can now be used as lead compounds for further antiviral drug development.