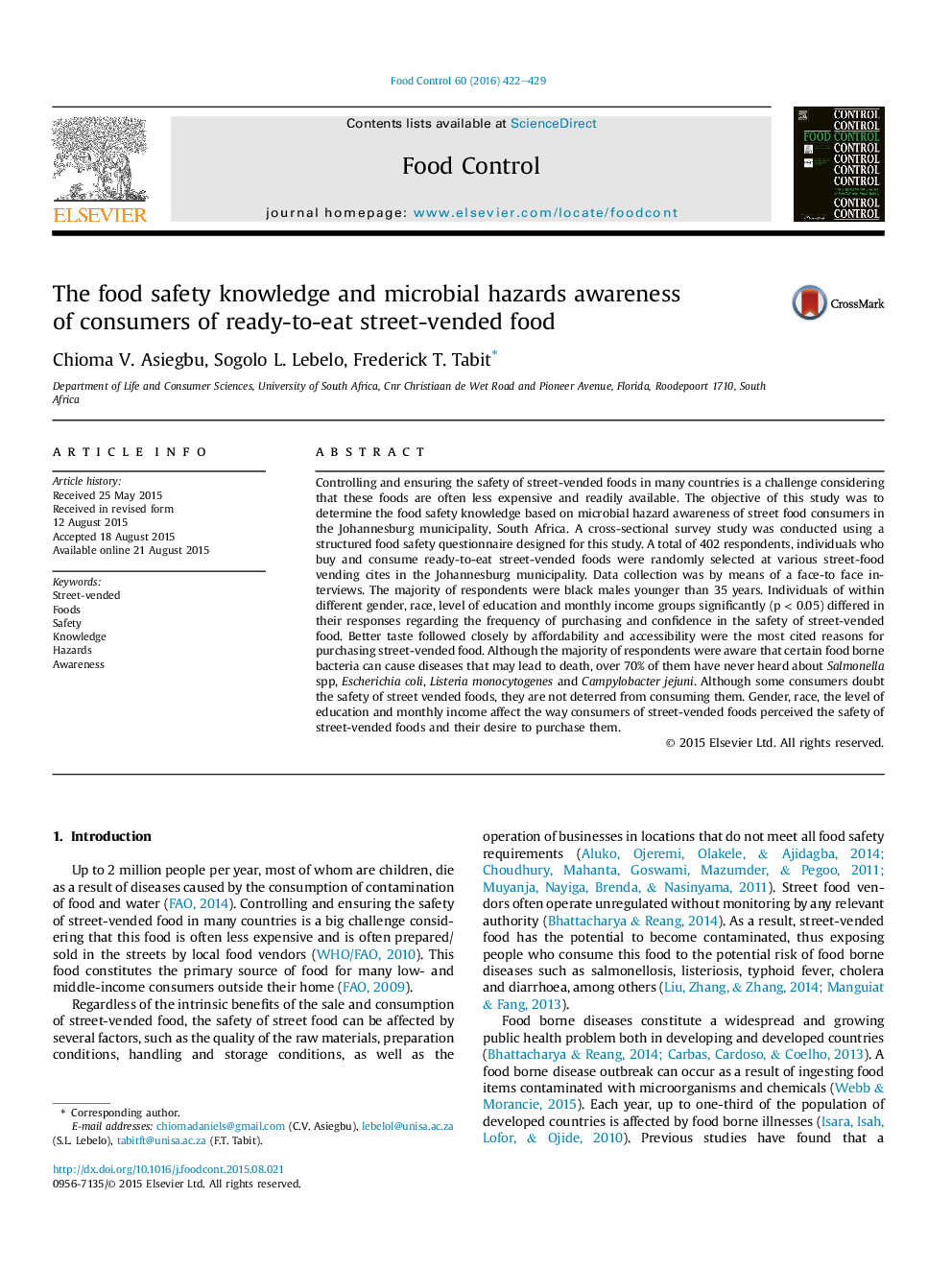 Controlling and ensuring the safety of street-vended foods in many countries is a challenge considering that these foods are often less expensive and readily available. The objective of this study was to determine the food safety knowledge based on microbial hazard awareness of street food consumers in the Johannesburg municipality, South Africa. A cross-sectional survey study was conducted using a structured food safety questionnaire designed for this study. A total of 402 respondents, individuals who buy and consume ready-to-eat street-vended foods were randomly selected at various street-food vending cites in the Johannesburg municipality. Data collection was by means of a face-to face interviews. The majority of respondents were black males younger than 35 years. Individuals of within different gender, race, level of education and monthly income groups significantly (pÂ <Â 0.05) differed in their responses regarding the frequency of purchasing and confidence in the safety of street-vended food. Better taste followed closely by affordability and accessibility were the most cited reasons for purchasing street-vended food. Although the majority of respondents were aware that certain food borne bacteria can cause diseases that may lead to death, over 70% of them have never heard about Salmonella spp, Escherichia coli, Listeria monocytogenes and Campylobacter jejuni. Although some consumers doubt the safety of street vended foods, they are not deterred from consuming them. Gender, race, the level of education and monthly income affect the way consumers of street-vended foods perceived the safety of street-vended foods and their desire to purchase them.