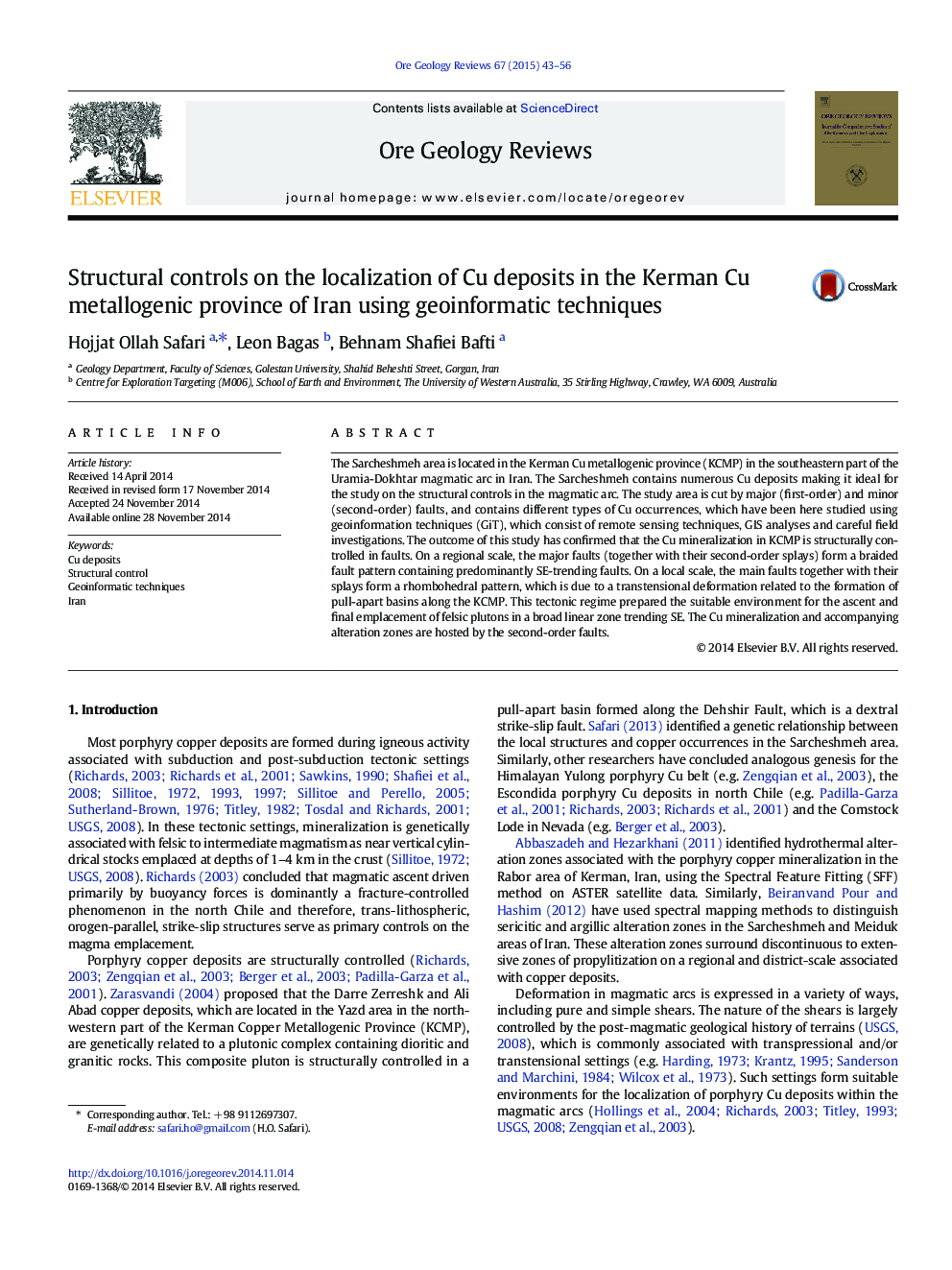 The Sarcheshmeh area is located in the Kerman Cu metallogenic province (KCMP) in the southeastern part of the Uramia-Dokhtar magmatic arc in Iran. The Sarcheshmeh contains numerous Cu deposits making it ideal for the study on the structural controls in the magmatic arc. The study area is cut by major (first-order) and minor (second-order) faults, and contains different types of Cu occurrences, which have been here studied using geoinformation techniques (GiT), which consist of remote sensing techniques, GIS analyses and careful field investigations. The outcome of this study has confirmed that the Cu mineralization in KCMP is structurally controlled in faults. On a regional scale, the major faults (together with their second-order splays) form a braided fault pattern containing predominantly SE-trending faults. On a local scale, the main faults together with their splays form a rhombohedral pattern, which is due to a transtensional deformation related to the formation of pull-apart basins along the KCMP. This tectonic regime prepared the suitable environment for the ascent and final emplacement of felsic plutons in a broad linear zone trending SE. The Cu mineralization and accompanying alteration zones are hosted by the second-order faults.